These Big-Name Celebrities Attended The 2014 World Cup; Might They Return In Russia? 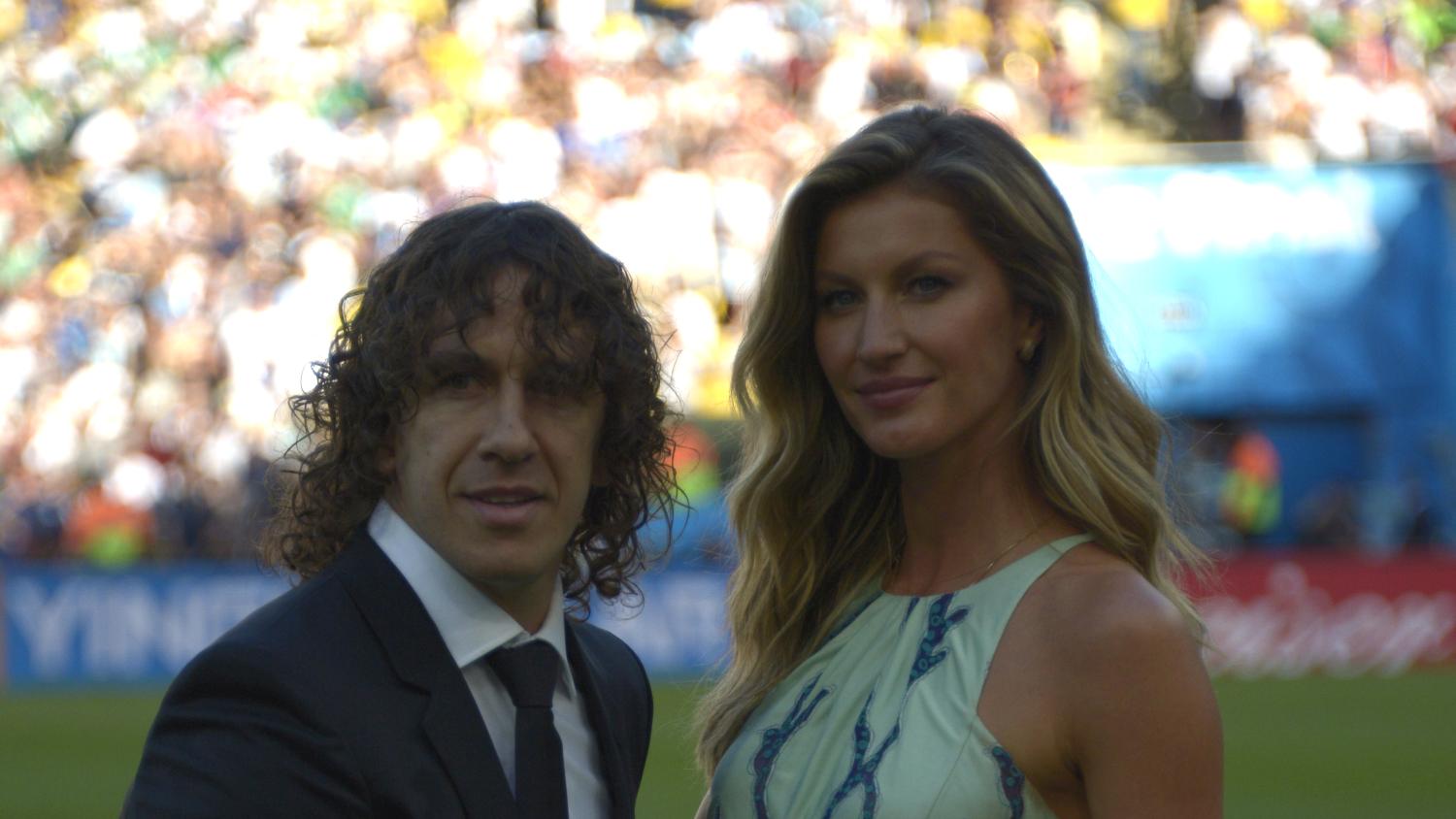 Celebrities love the World Cup just like the rest of us and this star-studded group attended in 2014 and might return for the 2018 World Cup in Russia.
Shutterstock.com

Every four years billions of fans worldwide watch the World Cup, one of the largest sporting events in the world. Some are lucky enough to attend the much-coveted event. Those who actually go to the great stadiums are indeed soccer fans of all shapes and sizes, all nationalities, genders, ages and, of course, the spectrum of socio-economic groups. Fans range from the average Joe who has been saving up for his ticket for years, to celebrities at the World Cup, plus politicians and the wealthy elite who attend to be part of this spectacular experience and also have a passion for the game.

The celebrities who make it to this month-long, world-class competition are usually an added attraction for both soccer fans and paparazzi, if not to rub elbows with the rich and famous, then to at least snap a few photos of them at the games. Below are some pictures that were caught of the most celebrated celebrities seen attending the 2014 World Cup in Brazil. We are hoping that these celebrities will stay true to their soccer passion and will grace us with their presence again this summer in Moscow, along with some others who have not yet experienced a World Cup, so we can see who among them are soccer-lovers like us.

Popular actor Ashton Kutcher attended the 2014 FIFA World Cup Brazil final match between Germany and Argentina at Estadio Maracana on July 13, 2014, in Rio de Janeiro, Brazil. On his right is Mila Kunis' father, who went with Ashton to the event to celebrate the happy couple's engagement.

Rihanna is a popular singer from Barbados who is well known for the Caribbean twist she placed on pop music. Rihanna attended the World Cup final in 2014 where she presented the trophy for "The Man of the Match" to Mario Götze. She also got to spend time with Pelé after the game and partied with the German team later that night where it appeared she had a blast. She was even photographed between Lucas Podolski and Bastian Schweinsteiger kissing the World Cup trophy!

It is no secret royal siblings Prince Harry and Prince William are humungous soccer fans so it was no surprise to see Prince Harry in attendance at the World Cup final in 2014. Although we don't know if either of the Princes will be attending this summer's World Cup, we can be sure they will not be attending the 2018 FA Cup final Saturday because Prince Harry's royal wedding is scheduled for that day, May 19th.

Sir Michael Phillip Jagger, better known as the lead singer of the Rolling Stones Mick Jagger, was born and raised in London, England, so it is needless to say he is an English National Team supporter. His favorite club team is Arsenal, which is no surprise as it is based in London. He has attended many World Cups and brought his youngest son, Lucas Jagger (who is on his right), to experience the event in 2014.

Sitting directly behind Mick Jagger was Adriana Lima, a Victoria Secret Angel who was born in Brazil and was surrounded by soccer throughout her childhood. Now, her career as a model results in her travelling to Milan quite frequently and she has been quoted saying Inter Milan is her favorite team. Being a native of the country, her favorite national team is of course Brazil. It's no surprise that when the World Cup was held in Rio de Janeiro, Brazil, she was in attendance.

Pelé is a Brazilian retired professional football player and is regarded by many as being one of the greatest footballers of all time. He attended the 2014 World Cup in his home country with his girlfriend, Maria Cibele Aoki, who is sitting on his right.

Gerard Butler is a Scottish actor who is an enormous fan of Scottish Premiership club Celtic FC. He once played for his favorite team in a charity match against Manchester United in 2011 and commented on it as being one of the greatest moments of his life. He has also incorporated soccer into his acting career by playing one of the lead roles in the soccer film "Playing For Keeps." Scotland's national team has not qualified for the World Cup since 1998, so when Butler attended the Brazil World Cup he was there as a soccer fan, not as a supporter of any specific team.

Russian President Vladimir Putin was in attendence at the 2014 World Cup in Brazil undeniably supporting Russia. He sat next to the then-FIFA president Sepp Blatter during the final match. He will definitely be seen at this year's World Cup, which will be in Russia.

Kobe Bryant is a retired American basketball player who played a 20-year career for the Los Angeles Lakers. He attended the 2014 World Cup and prior to the Group G match between Germany and Portugal he met with FIFA president Sepp Blatter, who presented him a banner to provide him with a memory of the event. Bryant is a huge Barcelona fan, but at the World Cup he was supporting the United States.

Brazilian model Gisele Bundchen was beside U.S. American football player, Tom Brady, her husband. Gisele was chosen along with Carles Puyol, a retired Spanish soccer player, to present the World Cup trophy in a Louis Vuitton case prior to the 2014 FIFA World Cup final match between Germany and Argentina. After the presentation, she returned to her husband where they supported their own national teams, Gisele's being Brazil and Tom's being the United States.

Shakira, a Colombian singer and dancer, was one of the performers at the Brazilian World Cup and was chosen to be on stage during the closing ceremony of the 2014 World Cup final match. Post-performance she watched the game with her son, Milan. It is hard to say whether she was in support of her own national team, Colombia, or her husband Gerard Piqué's, who is a defender for the Spanish national team.

Retired footballer David Beckham brought his three sons to the World Cup in Brazil. All three of the boys supported Argentina. Next to him are Romeo (on his left) and Brooklyn (on his right), who are wearing Argentina home jerseys, and his youngest son Cruz (next to Romeo) wore the Argentina away jersey.

American singer Jennifer Lopez (J.Lo), American rap artist Pitbull and Brazilian singer Claudia Leitte were chosen to perform at the World Cup in Brazil. J.Lo is from New York, Pitbull is from Miami and Claudia is from Brazil. They co-wrote the song that was appointed as the official song of the 2014 FIFA World Cup. The song is called "We Are One (Ole Ola)" and was recorded on Pitbull's album "One Love, One Rhythm."