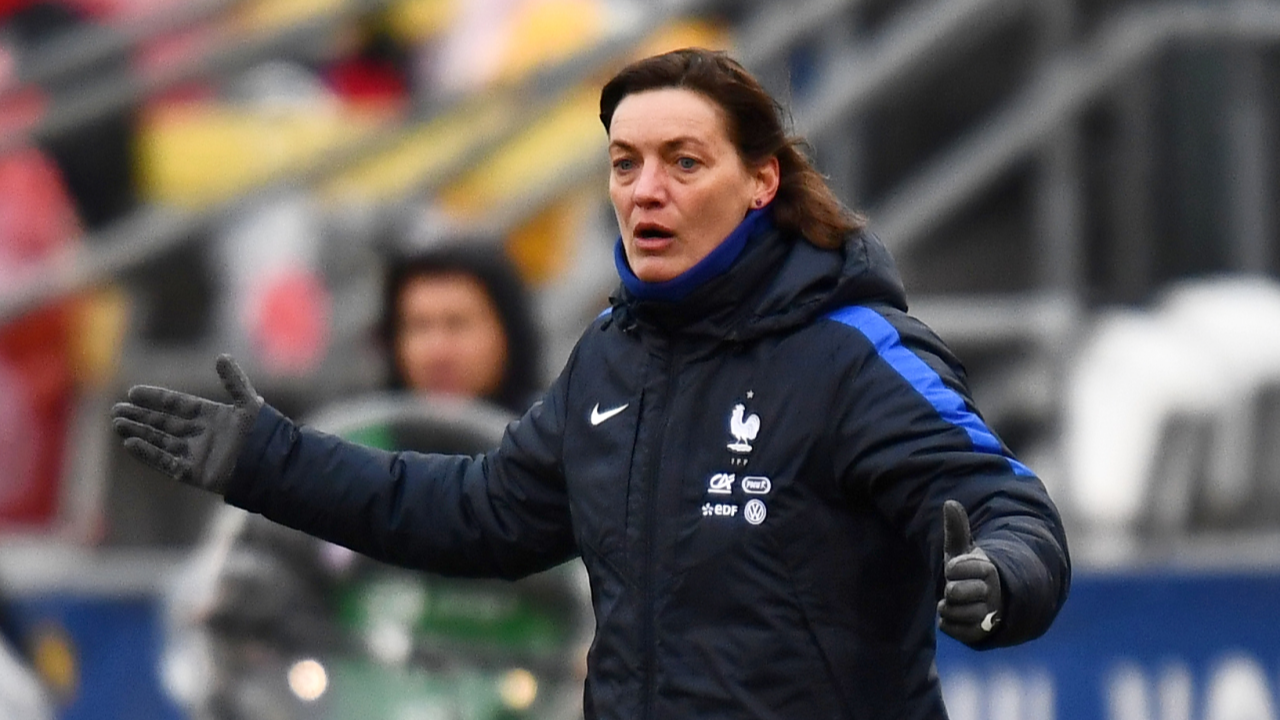 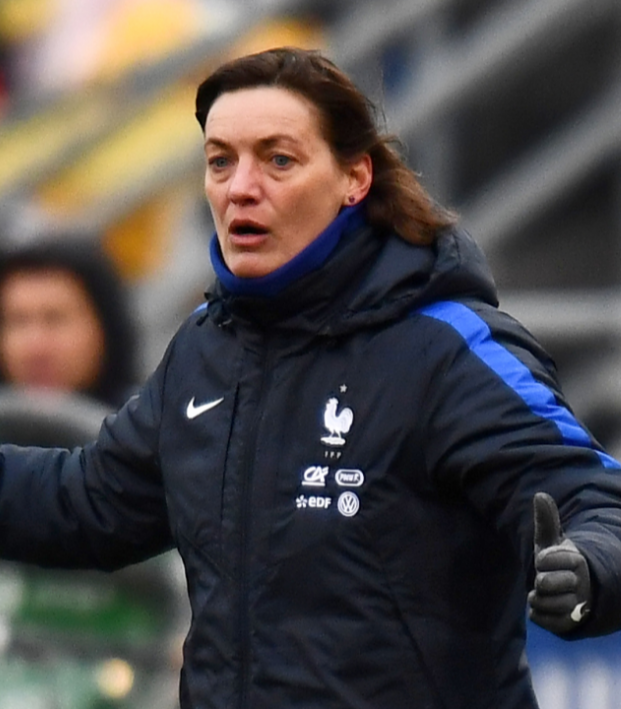 We’re now just a few months away from the 2019 FIFA Women’s World Cup in France, and the hype is starting to build apace. Here at The18, we’ve already covered 18 players to watch at this summer’s tournament, but here are five coaches that are worth following come June. Some have served as pioneers of the women’s game, while others are taking their respective countries to new found heights.

You won’t find any managers that come close to matching the $4.3 million annual salary enjoyed by Germany’s Joachim Low, and we’d be willing to bet that France’s Corinne Diacre makes a fraction of Didier Deschamps’ annual $4 million paycheck, but it’s incredible to learn about the lifelong sacrifices and unshakeable commitments to the sport that each of these coaches have made.

Diacre had a successful playing career at the international level, becoming the third-most capped player in France history with 121 appearances, including matches at the 2003 World Cup. However, what’ll be most talked about is her standing as the first woman to coach a men’s professional team in a competitive match in France.

Diacre took over at Clermont Foot in June of 2014 and spent three seasons at the helm of the second division side before being appointed manager of the national team. Clermont Foot finished a respectable 12th, 7th and 12th during her time in charge, especially so considering that the club has been historically closer to relegation rather than promotion.

Being the hosts, Diacre didn’t have to lead her side through UEFA qualifying, but a 3-1 victory over the USWNT back on Jan. 19 — the U.S.’s first defeat in over a year — has been the high point of her time in charge.

With the sensational Lyon trio of Wendie Renard, Amandine Henry and Eugenie Le Sommer anchoring the side, France will be among the favorites this summer.

As a pioneer of women’s soccer in South Africa and a member and captain of the national team between 1994 and 2002, it’s only fitting that Ellis has now guided the Banyana Banyana to its first-ever appearance at the Women’s World Cup.

Ellis grew up in Salt River, Cape Town, and would play soccer with the boys in her neighborhood. According to Desiree, her father Ernest would threaten to send her to school barefoot because of how often she’d ruin her shoes playing.

At a time when women’s clubs were far and few between in South Africa, Ellis played for Spurs Ladies in Cape Town while mixing spices at a local butchery. She was fired from that job after the vehicle transporting her team broke down and she was consequently late for work.

“We never played for the money or the fame, but because we loved it,” she said. “It’s the money that spoiled the men’s game. … I can’t say football made us rich. But we got by.”

After leading England to its best-ever finish of third place at the 2015 World Cup and a semifinal finish at Euro 2017, Mark Sampson was fired as manager in 2017 following “evidence of inappropriate and unacceptable behavior with female players” during his time as Bristol Academy manager back in 2014.

With the Lionesses enjoying more success and media coverage than ever, a lot of attention was placed on who’d be named Sampson’s successor. The appointment of Phil Neville — a hugely experienced men’s footballer in his own right, with over 200 appearances for both Manchester United and Everton, as well as 59 caps with England — was met with scrutiny.

Neville had zero experience coaching in the women’s game, and he’d never served as manager on the men’s side either. His start was made all the more acrimonious when some controversial tweets about women from 2012 were unearthed.

But things have smoothed out since then.

England cantered to a first place finish in its World Cup qualifying group, going undefeated in eight matches. Then, the side sent out a clear message to the rest of the world by lifting the 2019 SheBelieves Cup ahead of the USWNT.

The 2-2 draw with the U.S. showcased how exciting this side can be, and the resounding 3-0 victory over Japan to capture the title will have England believing that a triumph in France is more than just a dream.

With players like Lucy Bronze, Steph Houghton and Abbie McManus in defense, England isn’t afraid to move the ball and build from the back.

In midfield, Karen Carney is the established name with 137 caps, but 21-year-old Keira Walsh has all the makings of a world-class player. In attack, Chelsea’s Fran Kirby pulls the strings in the No. 10 role, while the SheBelieves Cup was something of an international breakthrough for 23-year-old Arsenal forward Beth Mead.

Neville wanted to implement an attacking style reminiscent of the one he enjoyed while playing for Manchester United, and England has all the tools to make it happen.

The appointment of Wiegman back in 2017 has ushered in a golden era for the Dutch women. She famously led the side to victory at Euro 2017 on home soil and was promptly named The Best FIFA Women’s Coach 2017 for her efforts.

In her earlier days, she attended the University of North Carolina and won the 1998 NCAA championship playing alongside Mia Hamm and Kristine Lilly. Her early coaching career included success with ADO Den Haag in the Women’s Eredivisie, and she received her UEFA Pro coaching license while working a one-year internship at Sparta Rotterdam.

After receiving the license, she worked as a temporary assistant of Ole Tobiasen at Jong Sparta Rotterdam, becoming the first female coach at a Dutch men’s professional organization.

Since winning Euro 2017, she's guided the Netherlands to a co-championship at the 2018 Algarve Cup and World Cup qualification after defeating Denmark 4-1 on aggregate in a UEFA qualifying playoff.

Since taking over the national team in 2016 (the first female to be appointed to the role), Takakura has led Japan to victory at both the 2018 AFC Women’s Asian Cup and 2018 Asian Games. She finished third in 2018 Best FIFA Women’s Coach Award voting, and the play of Japan during a 2-2 draw with the USWNT and 3-1 victory over Brazil at the 2019 SheBelieves Cup showcased the style she emphasizes as manager.

As a player, Takakura was a phenomenal footballer for both Yomiuri Beleza and Speranza FC Takatsuki, and she was capped 79 times for Japan, including a debut at the age of 16. She was a member of two World Cup squads (’91, ’95) and the ’96 Olympic team.