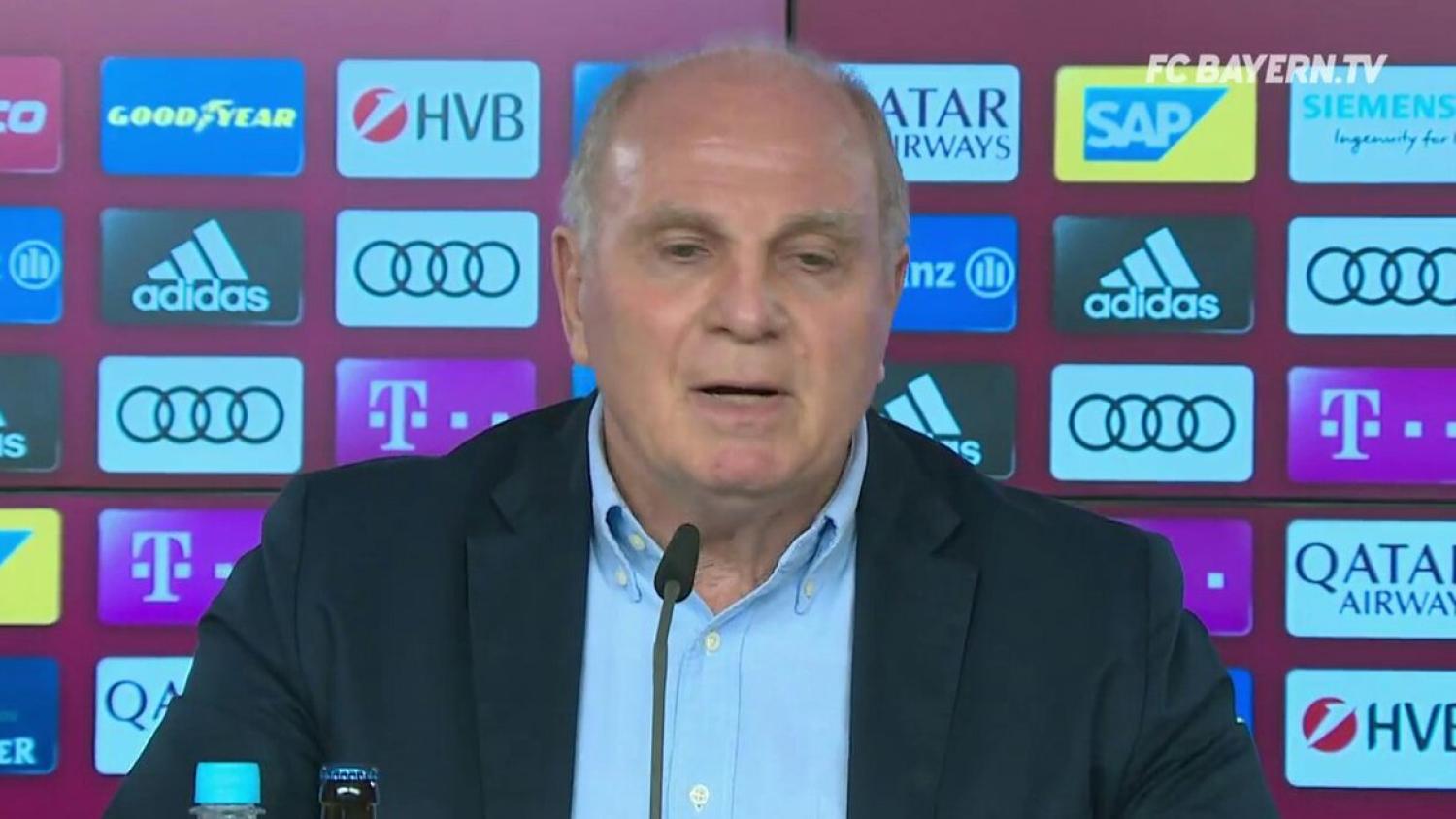 Bayern Munich is in a rut right now, in seventh place in the Bundesliga and winless in almost a month.

It turns out, the reason Bayern Munich is so awful is because of the media.

Bayern call a press conference to say how unhappy they are with the media criticising the players. Bizarre. https://t.co/iqsb46XOrb

“I think it's about time that the biggest club in Germany takes a clear stance on this issue,” Hoeness said.

“It is an important day for FC Bayern because we will not allow this degrading, sly factual reporting to continue,” Rummenigge said. “From today on we will protect our players, our coaches and also the club.”

“Our players are self-critical; questioning the work of the entire club so quickly is not acceptable,” Salihamidzic said. “I will always defend my players and my coach.”

It’s not really up to Bayern Munich to oversee the fourth estate; media has the right to do its job whether you like it or not. If journalists can’t question a club’s performance, what are they even doing?

But it gets worse.

Now they’re going to sue you if they don’t like what you write! This is breathtaking. #FCBayern https://t.co/DtgsH8XoBd

Just to complete the Trump comparison, it looks like Bayern Munich wants to go after reporters who say things they don’t like.

This is all shockingly naïve from the Bayern management and more than a little bit disappointing.

Germany, like any real democracy, allows freedom of speech. Rummenigge cited Article 1 of the German constitution protecting the dignity of humans, forgetting that Germany’s Article 5 protects freedom of press.

But Bayern Munich wants to curb media coverage it doesn’t like. That’s now how media works.

Hoeness and Co. complained about media saying Bayern hasn’t publically defended coach Niko Kovac (who had his own press conference Friday), and his comments made some sense.

“I was accused of not publicly defending Niko Kovac,” Hoeness said. “For that I have to clarify something. Why? We appreciate his work. We do not have to publicly back ourselves. This is disrespectful and outrageous, what happens here. This club will now unite in public again.”

Sure, Hoeness shouldn’t be required to publically state the coach he hired is doing a good job, but he shouldn’t lash out at media speculation when the team starts to struggle and whispers of Arsene Wenger taking over enter the rumor mill. He should be smarter than that. He’s the president of the biggest club in Germany, one of the biggest sports franchises in the world, and he’s getting caught up in media chatter? Why does he even care?

Rummenigge complained about negative comments on Manuel Neuer (who has not played up to his own high standards of late) and center backs Mats Hummels and Jerome Boateng.

“No-one wastes any thoughts on values like dignity and decency,” Rummenigge said. “Polemics have no limit any more. This is true for media, pundits and most of all for pundits who once played football here.”

Now seems like as good a time as any to reiterate that these are wealthy soccer executives complaining that poor journalists (seriously, 99 percent of journalists gets paid shit) writing mean things about even wealthier footballers.

I get that maybe these guys want to stand up for their team and present a face of unity to the fans and the rest of the league, but attacking the media is never the right way to go about anything. (Unless you’re Donald Trump; or maybe especially if you’re Donald Trump — I’m not really sure anymore.)

While there are large news organizations in the world that might lean one way or another, most real, actual, individual journalists care deeply about presenting the facts in an unbiased manner (we're not talking about the talking heads on TV here). There aren’t hidden agendas; journalists get paid too little to risk writing falsehoods on purpose.

And media members are completely within their rights to give opinions. A lot of sports writing these days is just writing about how you feel a team or players performed, which shouldn’t be misconstrued as a reporting of facts.

The hilarious thing is, Hoeness himself has been extremely critical of players in the past, bashing Mesut Özil’s performances with the German national team and calling Bayer Leverkusen Karim Bellarabi “mentally ill” for a tackle on one of his players.

“In general, there is a difference between a statement I make right after a match and those you write a day or two after the match,” Hoeness said. “Sometimes you are emotional and excited. I should not have said mentally ill, for instance.”

So it’s OK for him to say bad things if he’s emotional, but a writer can’t write emotionally? Very few good pieces of art — literature, music, painting — are created without emotion and passion. So Hoeness’ argument is again naïve.

Maybe you’re detecting a bit of emotion in this article you’re reading now — you’d be right. When people in power call out media entities with little proof of any actual wrongdoing, it hurts everyone. It hurts those in power, who come off as arrogant and out of touch; it hurts the media, which is just trying to do its job; it hurts the people, who just want to know the facts and be entertained and now question who to trust.

People like the Bayern brass (and Trump) who decry fake news when they in fact are the creators of any fake news just need to shut up.