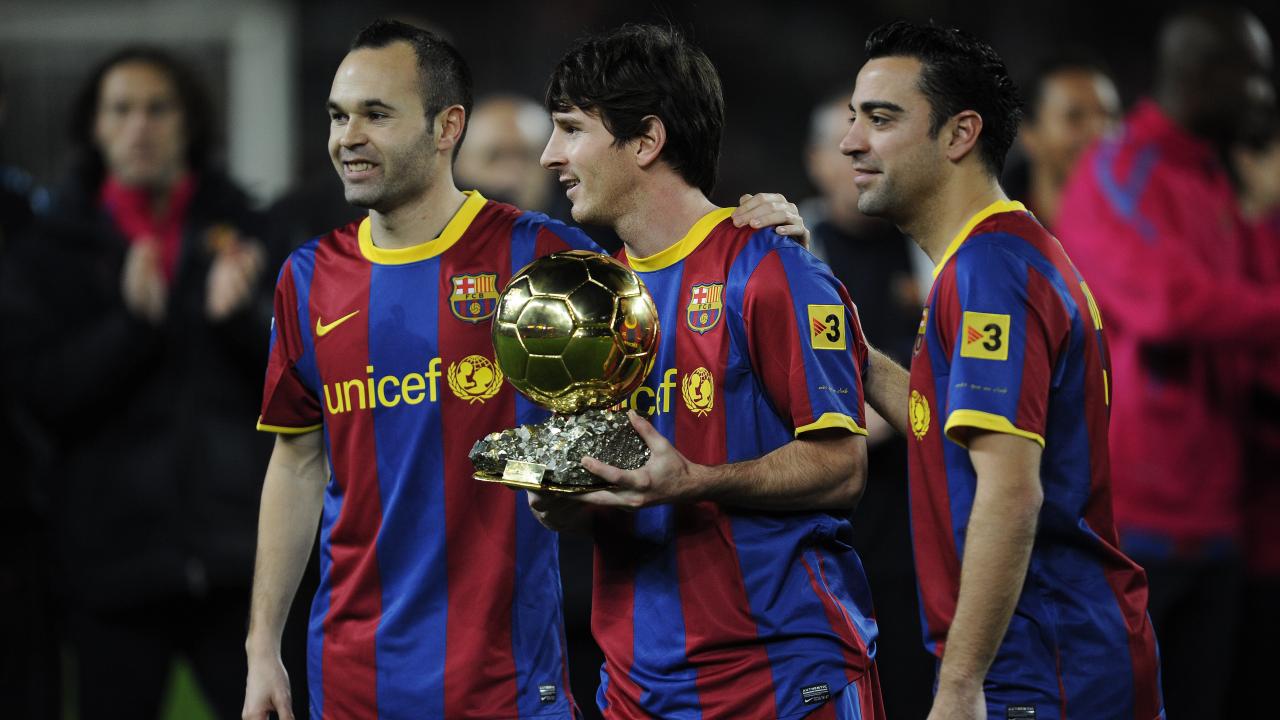 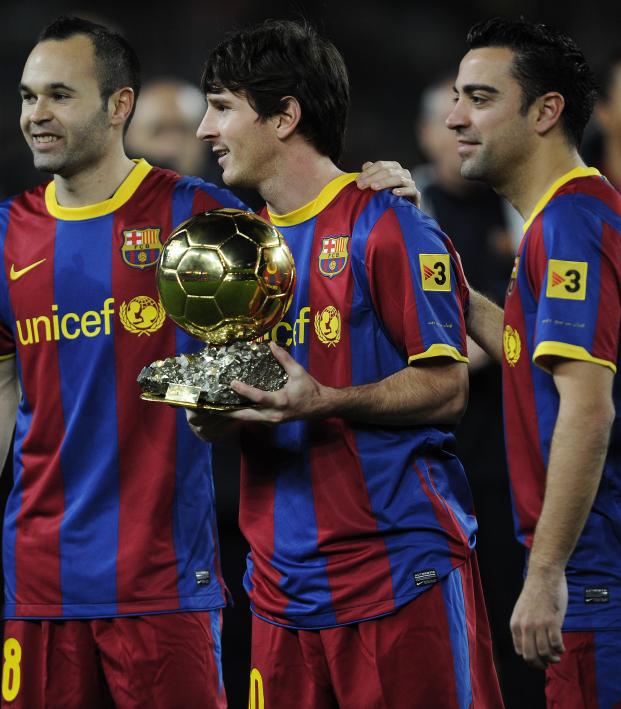 Sergio Ramos has had his best idea since deciding to pull a Panenka on Rui Patrício at Euro 2012. The Real Madrid captain said he believes there should be two Ballon d’Or trophies, thus eliminating that tiresome argument over whether the award should simply be given to the best overall player on the planet (always Lionel Messi or Cristiano Ronaldo) or to the player who performed most influentially over the strictly defined duration of a season (usually Messi or Ronaldo, but sometimes a little less clear).

Ramos’ proposal is simple: one award is strictly contested annually between Messi and Ronaldo, the other is between everyone else.

“They could make a Ballon d’Or only for Cristiano and Messi,” mused Ramos. “Then there could be another for the rest. In the end it’d be better for football.”

It’d certainly be a lot better for social media.

With Ramos’ plan as our inspiration, here’s a look at who would’ve won the Ballon d’Or dating back to the beginning of the duo's dominance in 2008.

The Ballon d'Or Without Messi And Ronaldo

Synopsis: Torres finished third in voting after completing what would turn out to be his finest season as a professional. The 2007-08 campaign marked his first with Liverpool, and El Niño dominated the Premier League with 24 goals in 33 games while his six strikes in 11 Champions League matches helped the Reds reach the semifinals.

What’s more, he scored the winner and was named Man of the Match in Spain’s 1-0 Euro 2008 final victory over Germany.

Synopsis: Xavi was the beating heart of what was perhaps Barcelona’s greatest-ever side. The club won the treble in 2008-09 — eclipsing Real Madrid in LaLiga by nine points, waxing Athletic Bilbao in the Copa del Rey final 4-1 and running circles around Manchester United in the Champions League final.

Xavi was an ever present in all competitions and was truly at the peak of his powers — he scored 10 goals and registered 20 assists in league play (including four in Barça’s famous 6-2 Clásico victory) and finished as the UCL’s top provider with seven. He also anchored Spain’s perfect 2010 World Cup qualifying campaign.

Synopsis: Iniesta helped Barcelona to another LaLiga title during the 2009-10 campaign (the club lost only one league match), but his play was disrupted by injury and the death of close friend Daniel Jarque. However, Iniesta finished second in Ballon d’Or voting after proving instrumental in Spain’s 2010 World Cup triumph.

The midfielder was thrice named Man of the Match — Chile (GS), Paraguay (QF) and the Netherlands (F) — and scored the game-winning goal in the 116th-minute of the final.

Synopsis: Barcelona captured a LaLiga and Champions League double during the 2010-11 season, and Xavi was imperious in both competitions. He scored in Barça’s famous 5-0 victory over Real Madrid at the Camp Nou, but he reserved his best performances for the UCL. He was a grandmaster in the 3-1 final victory over Manchester United, completing 95 percent of his passes (148/156) and creating five chances, including the assist for Pedro’s opener.

Synopsis: Although the 2011-12 Barcelona season ended with Real Madrid capturing the LaLiga title and a shocking defeat to Chelsea in the semifinals of the Champions League, Iniesta finished third in 2012 Ballon d’Or voting after guiding Spain to glory at Euro 2012. He was named Player of the Tournament (as well as Man of the Match in the final) after dictating the rhythm of a side that averaged 692 passes per 90 minutes.

Synopsis: The 2012-13 European club season belonged to Bayern Munich. The German giants won the treble, and Ribéry played a massive role in each competition. In the Bundesliga, he scored 10 goals and provided a league-best 15 assists in 27 games. In the 2013 Champions League final at Wembley, Ribéry played a massive role in both of Bayern’s goals, including a back-heel assist for Arjen Robben’s winner in the 89th minute.

He was also France’s best player in 2014 World Cup qualifying, scoring five goals in a group that also included Spain and Finland.

Synopsis: Neuer backstopped a Bayern team that won the 2013-14 Bundesliga while conceding only 23 goals in 34 games, and he lifted the 2014 DFB-Pokal after keeping a clean sheet against Borussia Dortmund in the final. But all of that pales to the legend he grew at the 2014 World Cup, where he won the Golden Glove award after conceding only four goals in seven games. His finest performance was in the 1-0 quarterfinal victory over France, where he recorded five saves.

Synopsis: The 2014-15 season still stands as Neymar’s finest as a professional. The Brazilian stayed healthy — appearing in 51 matches across all competitions for Barcelona — and proved devastating in the club’s historic treble.

He scored 39 goals, including 22 in LaLiga and 10 in the Champions League (where he finished as joint-top scorer alongside Messi and Ronaldo). He scored huge goals too: twice in the Copa semis, one in the Copa final, three in the UCL semis and one in the 3-1 victory over Juventus in the UCL final.

Synopsis: On a personal level, by far Griezmann’s finest season. The 2015-16 campaign saw Atlético finish third in LaLiga thanks in large part to Griezmann’s total of 22 goals in 38 games, but it was his performances in the Champions League that heralded his arrival as one of the world’s best. He scored seven goals in 13 games as Atlético advanced to the final, including two against Barcelona in the quarters and the decisive goal against Bayern in the semis.

He followed that up with six goals and two assists at Euro 2016, where France finished as runners-up after losing to Portugal in the final. He was given both the Player of the Tournament and Golden Boot awards.

Synopsis: Neymar’s final season with Barcelona was highlighted by the match-winning goal in the final of the 2017 Copa del Rey and an inspirational performance (two goals, one assist and one penalty earned) in Barça’s historic 6-1 victory over PSG in the quarters of the Champions League. He provided 19 assists in league/UCL play and then completed a $246 million move to PSG.

Synopsis: He actually won the Ballon d’Or, breaking Messi and Ronaldo's stranglehold, and he did it by helping Real Madrid to a third straight Champions League title before leading Croatia to the final of the 2018 World Cup while receiving the tournament’s Golden Ball award.

Synopsis: The arrival of Van Dijk at Liverpool transformed the side, and his 2018-19 campaign included lifting the Champions League trophy, recording the most clean sheets in the Premier League (21), conceding the fewest goals (22) and going 539 days without being dribbled past.

He also played a massive role in revitalizing the fortunes of the Dutch national team. The Netherlands advanced to the final of the inaugural UEFA Nations League and achieved direct qualification to Euro 2020 after conceding only seven goals in eight games.