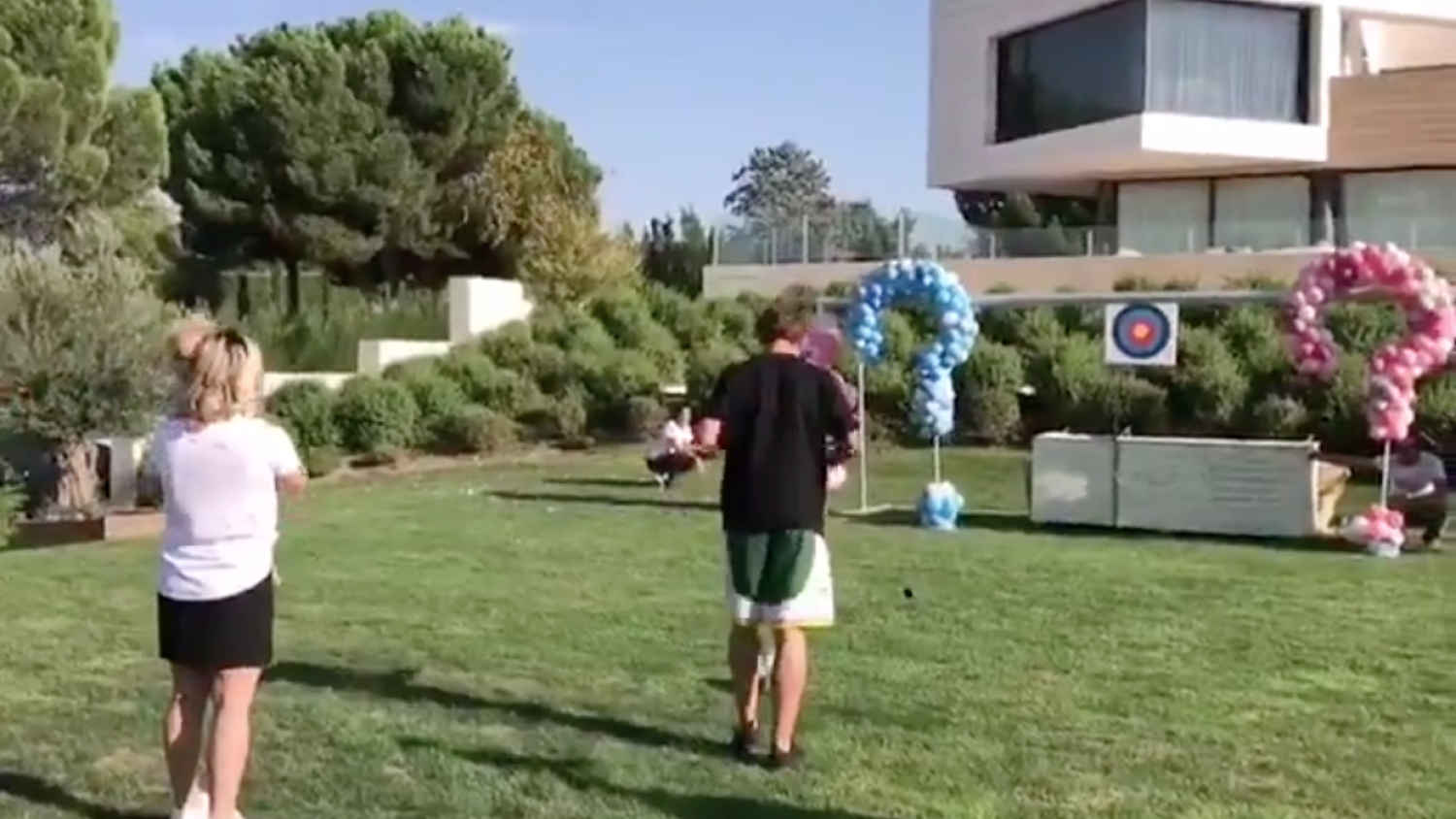 Looks like France’s World Cup winner will soon have a new addition to his family.
@AntoGriezmann | Twitter

Anyone who knows someone who has a baby knows how annoying baby posts are on social media. We don't care that Little Timmy got ice cream on his face or Baby Jessica is wearing a cute outfit.

Baby gender reveals are equally boring. You’ve seen one; you’ve seen them all.

This Antoine Griezmann baby gender reveal is perhaps the most fitting way for a footballer to find out the sex of his child.

Griezmann is married to Erika Choperena and the couple has a 2-year-old daughter. A second child appears to be on the way after this tweet on Saturday.

Good thing he’s is a world-class footballer, otherwise this Antoine Griezmann baby reveal would have taken forever. Let's hope his son is as cute as he was as a youngster.

The reveal was a great way for the French World Cup winner to end his week after scoring twice in a Champions League win over Club Brugge on Wednesday.

Atlético Madrid had Saturday off and will play Real Betis on Sunday. Griezmann will then join up with the French national team for matches against Iceland and Germany.