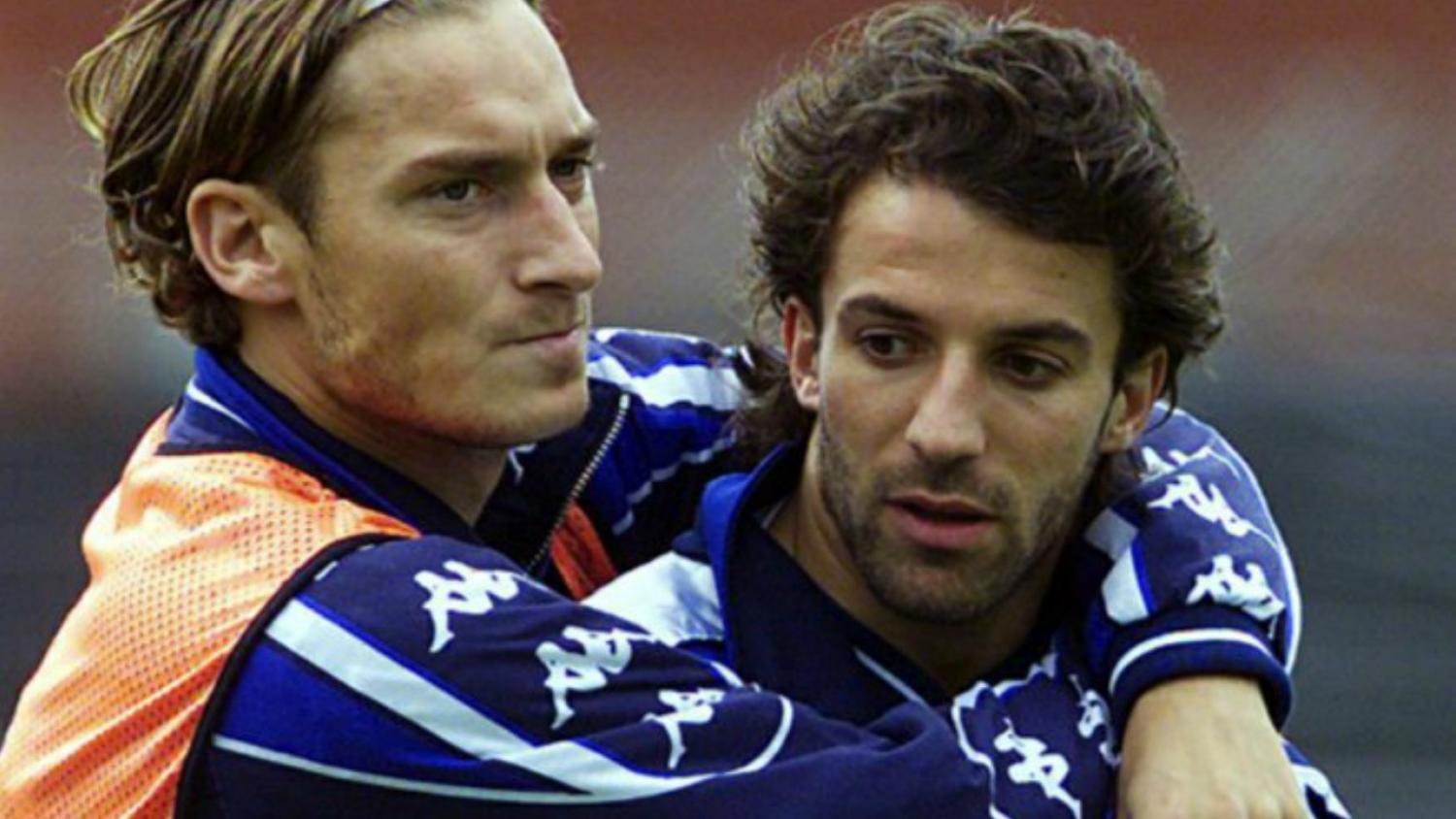 Former Italian international and Juventus star Alessandro Del Piero, now aged 42, made a viral return over the weekend by doing what he does best: he scored a sensational goal. Representing C.S.D. Municipal in a friendly in Guatemala City, Pinturicchio used his creativity to create some space and then he sent a trademark effort into the corner.

That's just what this guy does.

Del Piero scored some of the greatest goals the footballing world has ever seen. Perhaps his most well-remembered is this outside of the foot volley following a 50-yard hopeful punt forward. Del Piero was only 20 at the time.

Before Arjen Robben’s left foot became synonymous with cutting inside, there was Del Piero and the “Gol alla Del Piero”. The Italian approached from the left, dribbled inside and curled an effort into the far corner, again and again.

And finally, here's this thunder punt against Real Madrid and Iker Casillas in the 2008-09 Champions League just because I want to share it with you.

Who remembers when Alessandro Del Piero scored this screamer?pic.twitter.com/BD5XwQV7RO

But what we’re really here for is to celebrate the fact that it’s almost 11 years to the day since Del Piero scored against Germany in the 2006 World Cup Semifinals.

If you ever want evidence of how a 0-0 game can not only be exciting but perhaps the greatest sporting event of all-time, look no further than a video of Germany vs. Italy from July 4, 2006.

The goalkeeping of Italy’s Gianluigi Buffon and Germany’s Jens Lehmann kept things level going into extra time, and then began a madcap 30 minutes including Alberto Gilardino striking the post, Gianluca Zambrotta smashing one off the crossbar and Buffon pulling off a fantastic save on Podolski.

With penalties looming, Italy scored two goals at the death to advance to the final, 2-0. The first came in the 119th after a Del Piero corner made its way to Pirlo, and he provided a fantastic assist to Fabio Grosso.

Tonight is #ITAGER
Remember their meeting at the 2006 WC and that Grosso goal? pic.twitter.com/f6iFSsmGzo

Germany desperately searched for an equalizer, but with every man pushed forward, Italy broke and Gilardino slipped in the 31-year-old Del Piero, who’d come on as a substitute in the 104th minute.

He shaped his body and hit a first-time, right-footed shot that curled under the crossbar and into the side netting.

Happy Birthday to the King of Turin - Alessandro Del Piero. Check out this great goal against Germany in the 2006 World Cup semi-final. pic.twitter.com/BQ8vOTkRHk

A fantastic semifinal has never ended with a more fitting goal, provided by a player who only scores memorable ones.