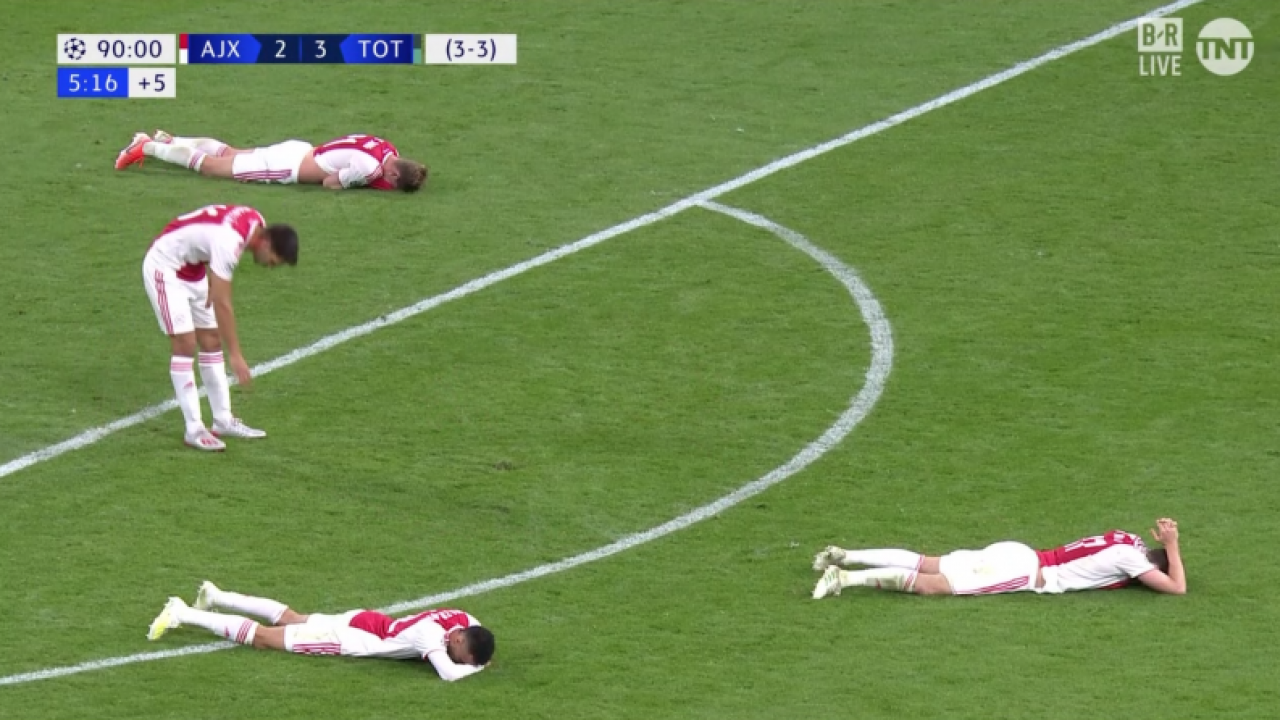 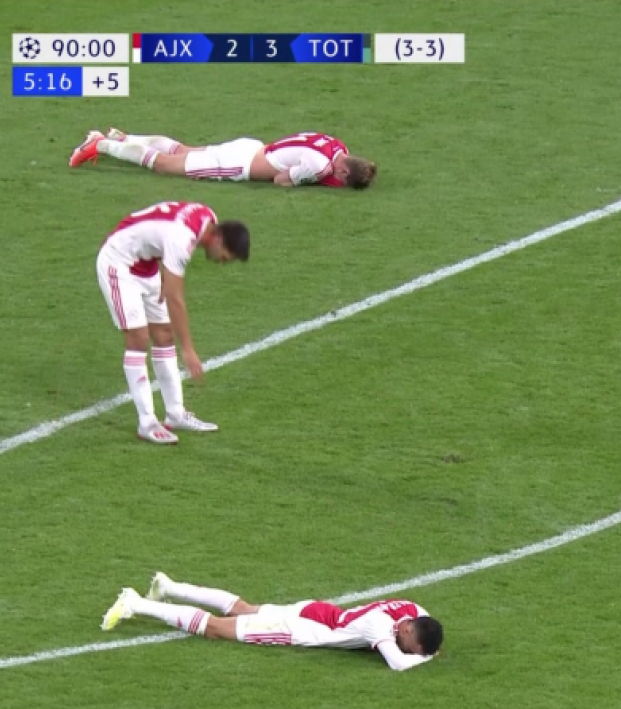 Last night in Amsterdam, Tottenham’s Lucas Moura scored the latest-ever match-winner in the history of Champions League regular time (90+6’) to transform the scene inside Johan Cruijff ArenA from that of full-fledged euphoria to utter devastation.

Apart from the pocket of Spurs supporters nestled in the corner of the top tier, the 55,000 in attendance were left stunned by Moura’s immaculate hat trick, putting the Brazilian winger into rarefied air amongst Alessandro Del Piero, Ivica Olic, Robert Lewandowski and Cristiano Ronaldo as the only footballers to do as much in a UCL semi.

Here’s the moment Moura found the far corner after a feed from Dele Alli. The cauldron becomes as silent as an empty cathedral.

The last moments of the Ajax - Tottenham game from the stands. Just listen to the crowd after Lucas Moura scored his third goal. Unbelievable. pic.twitter.com/xDLp0SgX7N

But even better is this video of Ajax supporters counting down the seconds before their ticket to Madrid is booked. This is the cruelest game on the planet.

.@SteveNash was in tears at full-time of Tottenham's win pic.twitter.com/ifEZEbinYR

Tottenham becomes the first debutante Champions League finalist since Chelsea back in 2008. It’s made all the more remarkable by the club’s summer spend of $0 and the absence of Harry Kane within “the Harry Kane team.”

Raw emotion. This is what it means.

And it’s all down to the work of Lucas “Arya Stark” Moura.