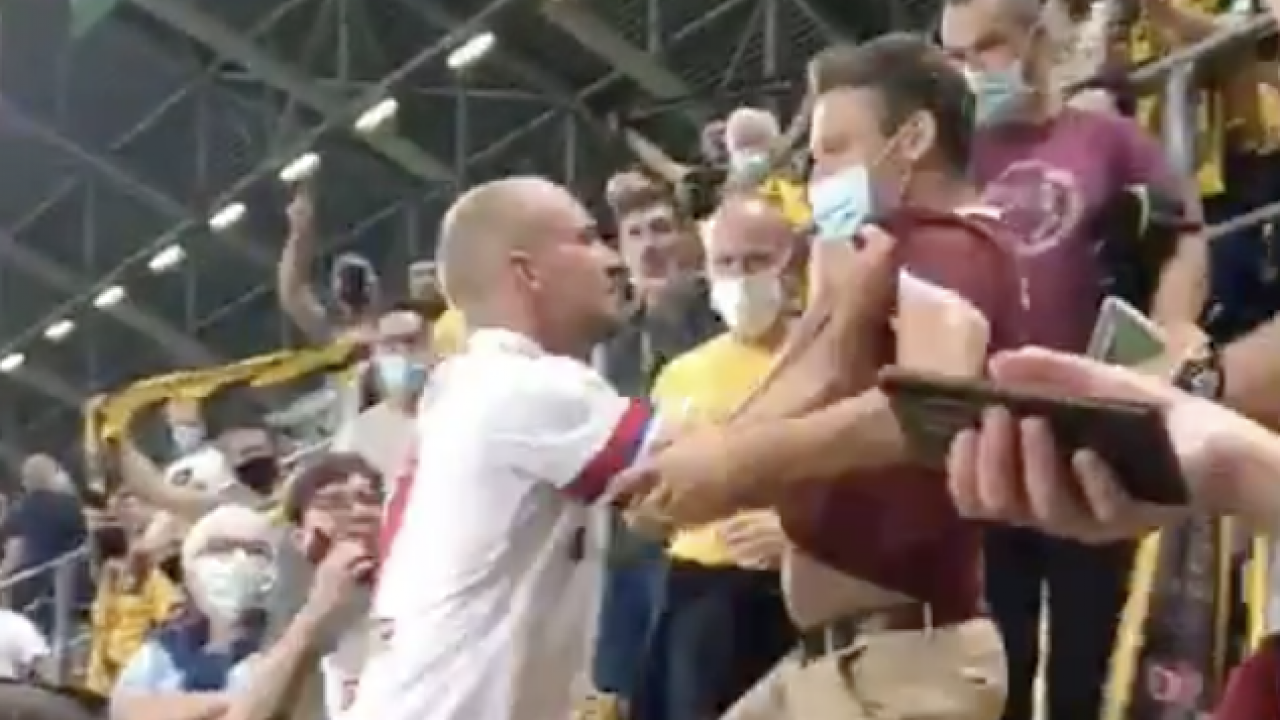 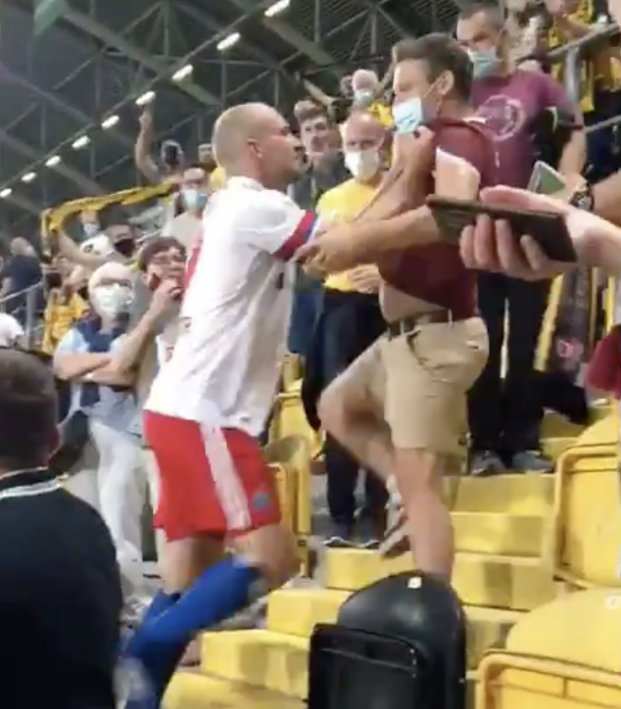 Hamburg defender Toni Leistner went full Eric Dier and then some with a Dynamo Dresden fan after his team was knocked out in the first round of the DFB-Pokal on Monday. Dresden was relegated from the 2. Bundesliga last season but got revenge with a shocking 4-1 upset of Hamburg.

It’s not entirely clear what happened, but the Dresden fan must have said/done something to cause Leistner to jump into the stands and let him have it.

Unbelievable scenes as Hamburg were knocked out by Dresden in the Cup pic.twitter.com/TWtXEM7NxI

Luckily for everyone, no one was seriously hurt, but Leistner is an absolute madman for treading so deep into enemy territory to confront someone. The Dresden fan is even more insane for puffing his chest out and getting ready to square up against a professional footballer.

Needless to say, the Dresden fan was seconds away from a royal Hamburg ass-whooping before his fellow supporters helped intervene.

My personal favorite is the Dresden supporter in the gray jacket and blue shorts who appears nine seconds into the video. The man, filled with rage, prepares to give Leistner a piece of his mind and then definitely had the thought: “Ope, can’t forget about my mask!”

He then so politely covered his face before screaming at the Hamburg invader.

Tottenham’s Dier received a four-match ban for his altercation in the stands at Hotspur Stadium last year. Dier’s altercation happened following his side’s FA Cup elimination to Norwich City. There must be something in the air after being eliminated from a domestic tournament.

In the end, Hamburg is out of the DFB-Pokal, Leistner will be handed a hefty punishment and the Dresden fan has a story he will tell every time he goes to a bar.