This Team Shot 4 Times In 10 Seconds, Missed Them All, But Still Scored Somehow 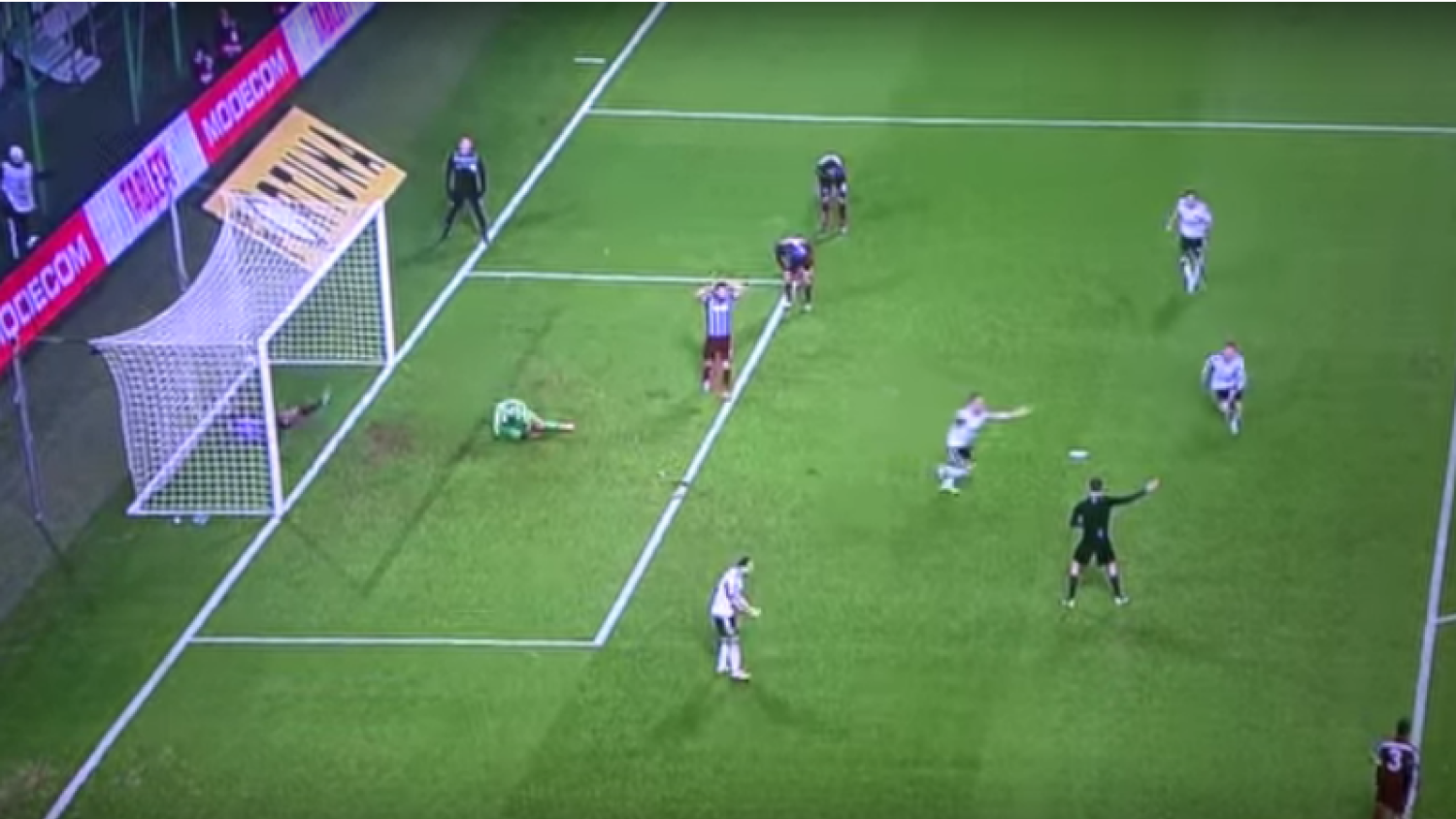 Not even superhuman play from the goal keeper could keep the ball out of the net.
Photo: YouTube

Most of the time when you see a team bearing down on goal like Legia Warsaw is about to do in this next video, you expect to be thrilled. The speed of play involved pushes players to their absolute limits. Success is a matter of passing with pinpoint accuracy, maintaining composure, and knowing when to finish.  Anything less results in a wasted opportunity.

Legia, however, somehow managed to waste their opportunity and score at the same time. It doesn’t make much sense on paper; Legia would shoot the ball four times, fail to put any of those shots into the back of the net, and yet still score somehow. It was thrilling, but in the way watching a drunk person summersault across a balance beam is.

You really have to feel for the goalkeeper, Trabzonspor’s Fatih Öztürk. He made two world-class saves, and then in a cruel twist of fate ends up being the one that sends the ball into the back of his own net. One moment he’s superhuman, the next he’s cowering on the ground, wishing he could blow up the time-space continuum and just start everything over.

Ah, the joys of the Europa League.