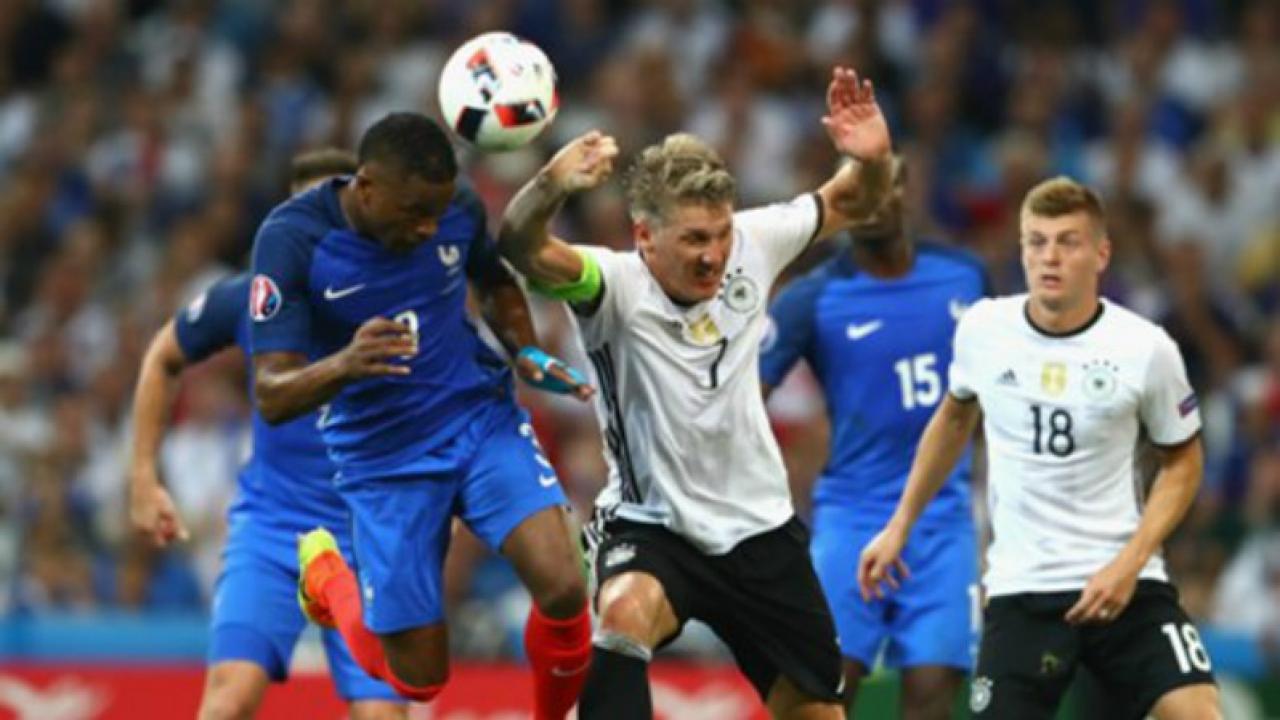 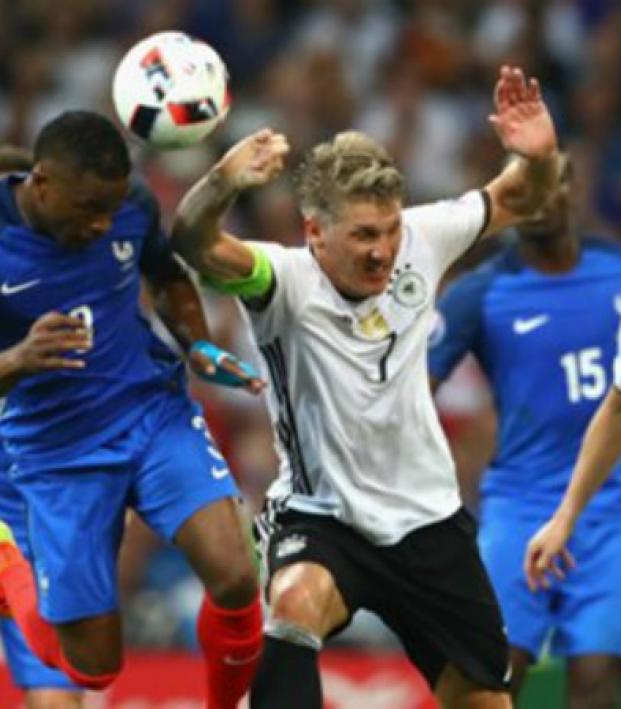 Sam Klomhaus July 7, 2016
Germany vs. France was the highest-level game of the Euros so far, and, like most games of its caliber, was decided by mistakes.

Just before halftime, Germany captain Bastian Schweinsteiger made perhaps the dumbest mistake in all of his 38 major tournament appearances (the all-time record) and played a France cross like he was defending the net in a beach volleyball game — something Jerome Boateng did this weekend that nearly got the Germans bounced by Italy.

That was a pen, really stupid decision from Schweinsteiger to hold his hand up like this... pic.twitter.com/fbbGgXDQ4j

This time, though, Germany didn't already have the lead when they did the dumb thing, and had to chase the game the whole second half after Antoine Griezmann buried the penalty. Germany is not a team engineered to chase games, especially after Jerome Boateng came off injured part-way through the second half.

A few minutes after Boateng came off, Joshua Kimmich, who had played well all game, turned back into a scared 21-year-old and took a touch a little too far in his own 18. Paul Pogba scooped the loose ball, took a touch, danced on Shkodran Mustafi for a little bit and shimmied away from him before crossing in front of goal. Manuel Neuer came for the chance, but could only get one hand on it. Neuer pushed it right to the foot of Griezmann (now the odds-on favorite for player of the Euros), who didn't need to be told what to do.

Germany played a near-impeccable first half before one dumb mistake ruined everything. They played a good-but-not-anything-to-write-home-about second half before another dumb mistake made sure everything stayed ruined. Germany built a reputation for winning games solely by not doing anything dumb, and now they will need to find a new reputation. They will have until 2018 to figure it out.

France, meanwhile, will run up against a mean, defensive Portugal side that features the one thing Germany didn't have: a player who can score goals at the Euros. Cristiano Ronaldo is a man who thrives on the hatred of opposing fans, and the French will certainly provide that for him. But will their team provide for them?