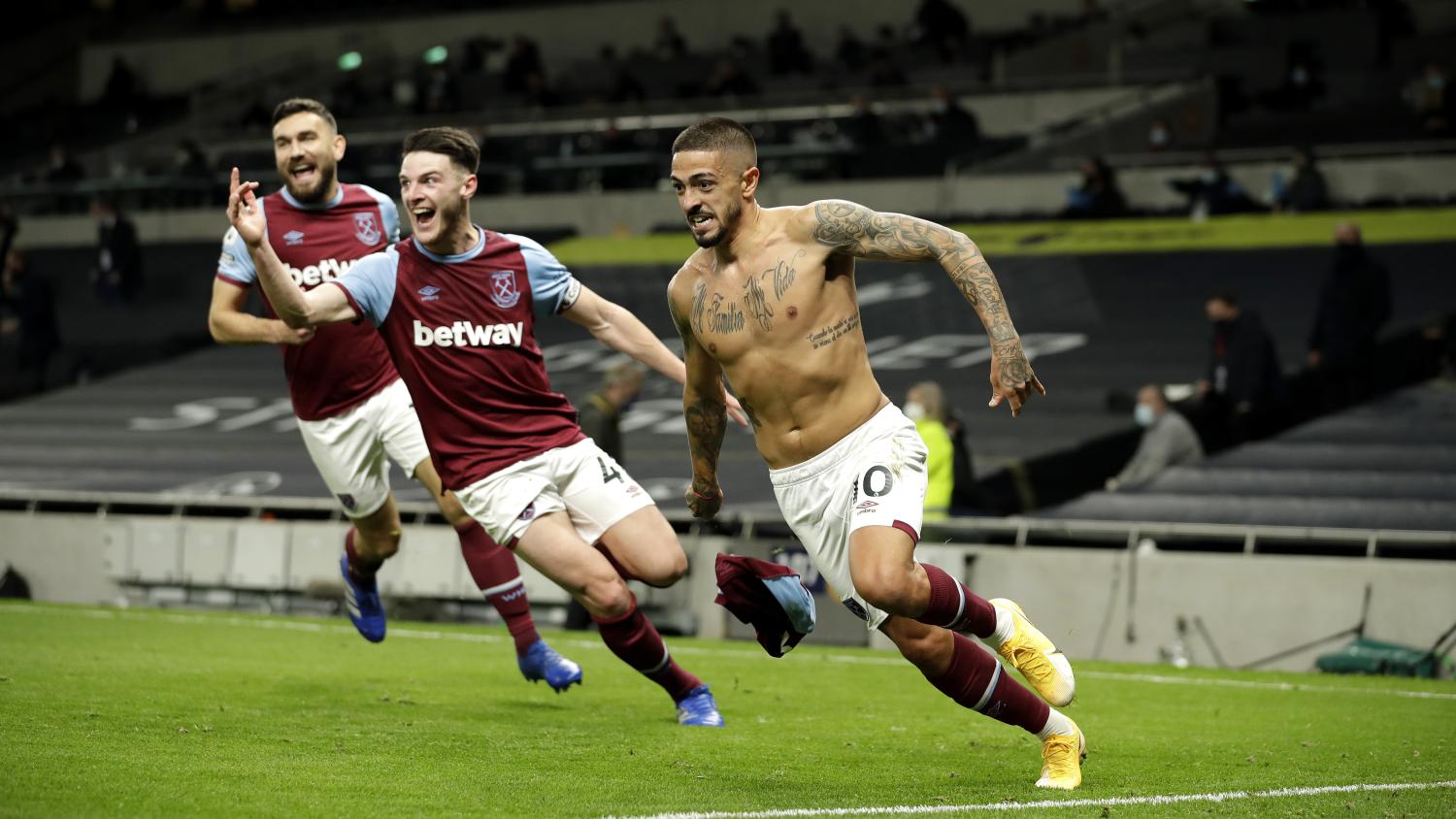 Fool me once, shame on you. Fool me twice, shame on me. Fool me three times, shame on both of us. Questions are being asked of defenses around the Premier League right now, but Tottenham is firmly at the root of the inquisition.

We thought all the damage was done inside the game’s opening 16 minutes with three goals from Spurs, but a late flurry of goals from West Ham — highlighted by Manuel Lanzini's gobsmacking equalizer at the death — made for an instant classic.

The statistics show just how immoderate the strike partnership between Kane and Son has been. With seven goals, Son is now the Premier League’s joint-top scorer. As for Kane, 12 goal involvements (five goals, seven assists) over the course of five opening fixtures is a new EPL record.

With the cameras still focused on the substitutes’ bench at Hotspur Stadium as Gareth Bale returned to the Tottenham squad for the first time since 2013, it took the home side all of 45 seconds to open the scoring.

Kane took possession deep inside his own half, looked up, released Son out wide and Fabián Balbuena showed him inside. You shouldn’t do that.

The second goal, coming in the eighth minute, was another impudent piece of business. After receiving possession from Son near the top of the box in a sea of West Ham defenders, Kane nutmegged Declan Rice to create some space and then spanked an effort inside the near post.

The game appeared over in the 16th minute when Sergio Reguilón stood up an inviting cross for Kane at the back post.

It says everything about Kane that just before halftime, there he was inside Tottenham’s own area blocking West Ham’s best chance by throwing his body at it.

What a block by Harry Kane ! pic.twitter.com/3PPFgxSMAk

José Mourinho, so recently The Antiquated One, was having his moment.

30+ - Since Jose Mourinho took charge of Spurs in November 2019, Harry Kane (33) and Son Heung-Min (30) have had a direct hand in more goals in all competitions than any other Premier League players. Liberate. #TOTWHU pic.twitter.com/lQPgWKoGEM

Bale got his moment in the 72nd minute, coming on for Steven Bergwijn before immediately bouncing a free kick straight at Łukasz Fabiański.

Gareth Bale is subbed on in his return to @SpursOfficial. #MyPLMorning pic.twitter.com/6g5Wf1EJa4

Balbuena pulled one back for West Ham in the 82nd minute when rising above Moussa Sissoko to plant a header off Aaron Cresswell’s free kick.

Might be too little, too late for West Ham, but Balbuena steals Spurs' clean sheet with this header! #MyPLMorning pic.twitter.com/IyYPxsjHpI

Improbably, it was game on in the 85th minute after Davinson Sánchez turned one into his own net.

NOT SO FAST! THE HAMMERS ARE WITHIN ONE AFTER AN OWN GOAL. #MyPLMorning pic.twitter.com/2PrQRxdWdt

Tottenham had the next big opportunity in the 92nd minute when Bale, on the counter, slashed through West Ham’s defense before firing wide.

But that set the stage for the most dramatic equalizer you’ll ever see. With just 20 second of added time remaining, Lanzini struck. There are no words.