Japanese international Shoya Nakajima had his debut in Turkish side Antalyaspor over the weekend in a game against Süper Lig leader Adana Demirspor FC, and boy, oh boy! I'm sure he was expecting a happier experience than the sour 20 seconds he was able to be on the field.

Player sent off after 20 seconds

Nakajima subbed on for Houssam Ghacha when the clock was at 58 minutes and 10 seconds, and at 58:30 the midfielder was sliding over an opponent, not being able to hit the ball but his right leg. The ref ran to Nakajima and showed him a yellow card, but after the VAR intervention, the yellow became red.

The worst debut in history?

Check out his family's reaction in the stands pic.twitter.com/YgMZI8oUT4

The cameras showed Nakajima, and his face of disappointment was more than evident. However, the worst thing was the apparent devastation in Nakajima's family in the stands.

There are reports that the family had traveled from Japan to see Nakajima's debut, and 20 seconds after he came into the pitch, his mom was a sea of tears. 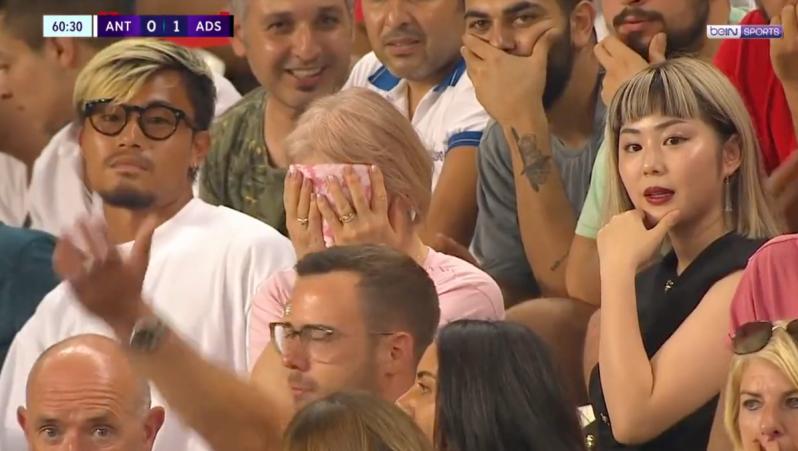 Even though Nakajima's red card was pretty fast, it is not the record in the Turkish Süper Lig. That honor belongs to former Konyaspor goalkeeper Serkan Kirintili, who was sent off after 13 seconds for grabbing a ball outside the box in a game vs. Yeni Malatyaspor in October 2019.

In case you are wondering about the result, Antalyaspor — Nakajima's team — lost 3-0.