Dial up the hype: Teenage prodigy Endrick scores first goal and is already living up to expectations 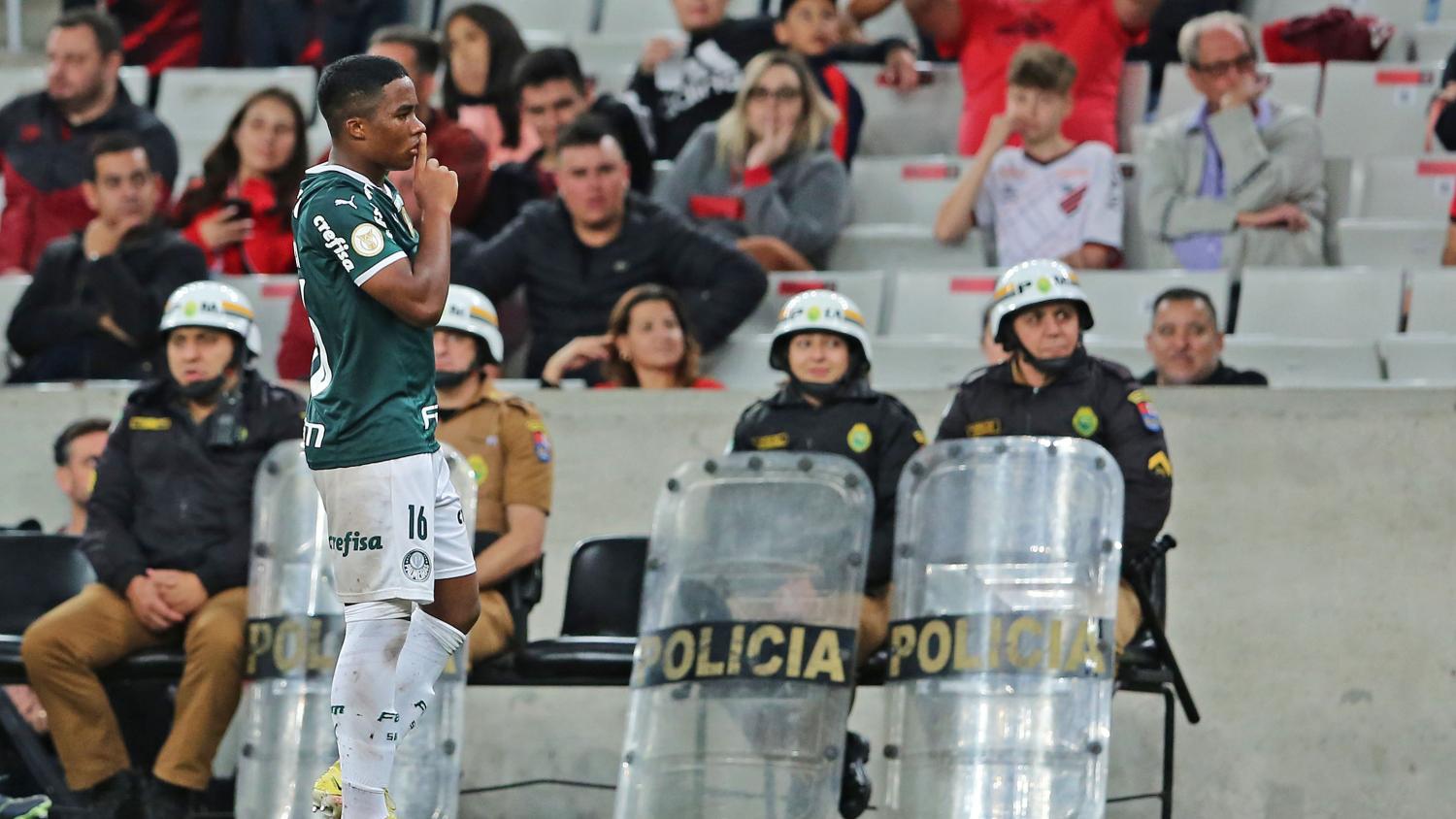 The 16-year-old made history for Palmeiras.
Getty Images

Brazilian wonderkid Endrick is starting to live up to the hype built around him. The teenage prodigy bagged his first goal as a professional on Tuesday night, becoming the youngest player to do it in Palmeiras' history at 16 years, three months and four days.

Endrick came off the bench in the second half during Palmeiras' visit to Athletico Paranaense and changed the game's narrative, going from a painful 0-1 defeat to a thrilling 3-1 victory that practically secured a new title for the Verdão — one more win over the next four games and they'll be champions.

Endrick's goal was scored in the 70th minute, thanks to a beautiful, well-timed run and header inside the box.

Endrick first goal as a pro

History was made last night.

Potentiality the first of hundreds & hundreds of Endrick goals. pic.twitter.com/Y83gXO7T7S

Endrick's first sip of glory came in his fourth game as a professional, and it's worth noting that he entered the match as a sub in all those.

By the way, Endrick didn't only help with a goal. Minutes earlier, he stole a ball from a Paranaense defender and enabled Palmeiras' equalizer. The play was a little confusing in its resolution and led many to believe that Endrick had scored, but the goal was officially given to Gustavo Scarpa while Endrick was awarded the assist.

Endrick got a second goal in this game too, there was a lot of debate whether it was his goal or not but this angle in slow motion shows it was! pic.twitter.com/gsVvydomWi

Endrick is here! He scored and a brace made history. ⭐️

How does Endrick's first goal compare with other scoring debuts?

It's no surprise that several big European teams are already daydreaming about having Endrick in their squad. Real Madrid, Barcelona, Manchester United, Arsenal, PSG, you name it.

But is he really that good?

For his age, there's no doubt he's fantastic. And although scoring a goal that young is no guarantee of a successful career, his name is now among with other global stars.

Now only the future will tell us if he'll be able to keep up with greatness or if, at some point, pressure comes to eat his legs.