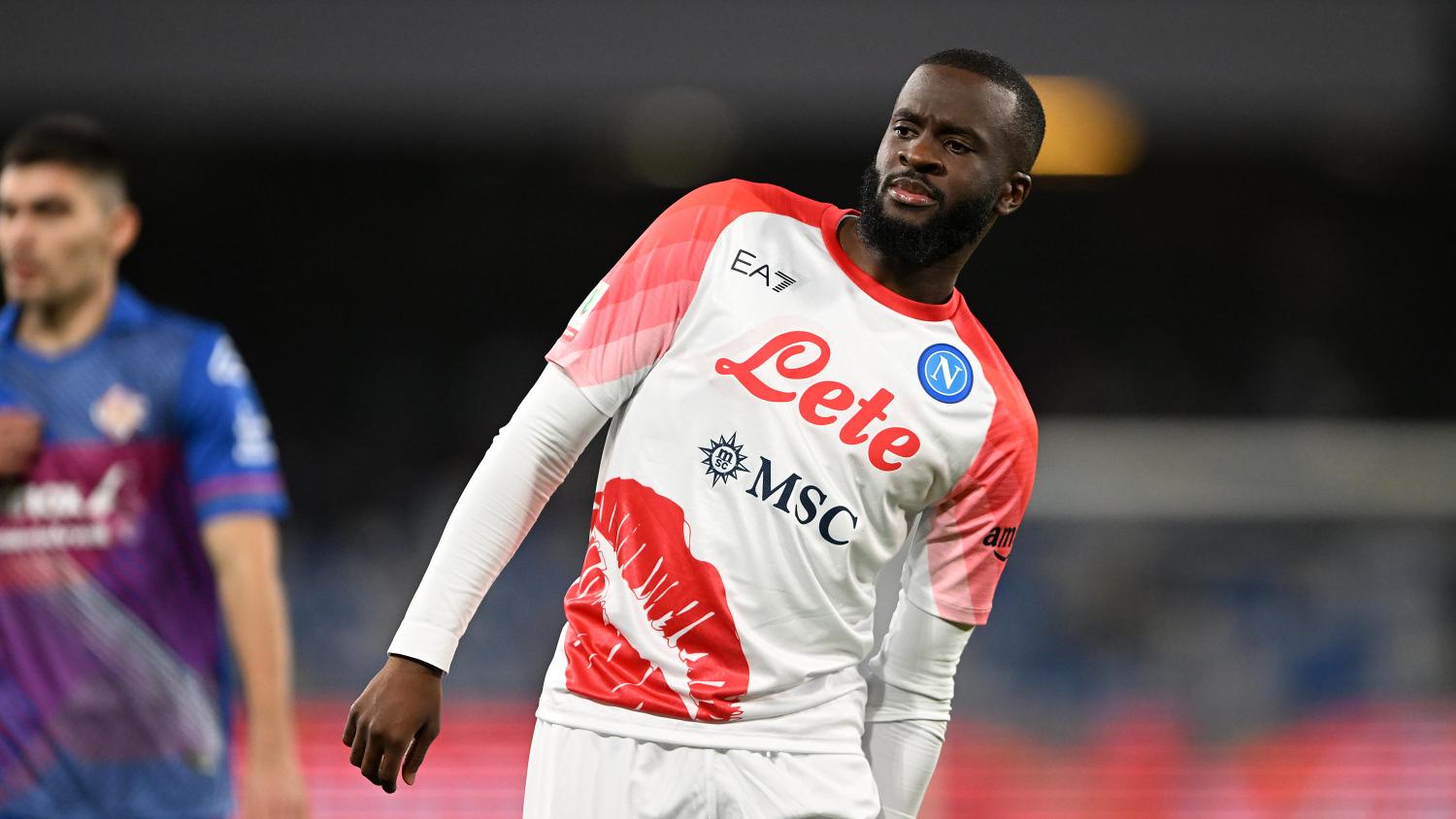 It's increasingly common to see soccer players with a female lip print tattoo on their neck. Yeah, it isn't good. But now there's something even worse than that: Here's the new kissy-kissy Napoli jersey for Valentine's Day.

Geeze, what an awful piece of fabric.

Eight jerseys, if you're not counting. Eight! And now nine with this nonsense Valentine's Day shirt.

Created in collaboration with Emporio Armani, the jersey is white and has a gradient of lipgloss red in the sleeves. However, the pièce de résistance is undoubtedly the giant red lip print over the right hip.

"Love at first sight," said Napoli on their social networks once they dropped it.

Napoli also wore the kit in Tuesday's penalty shootout defeat against Cremonese in the Coppa Italia. The game ended 2-2 in regular time with Juan Jesus and Giovanni Simeone scoring for Napoli. Both celebrated their goals with traditional fists in the air, wasting a big chance to do a proper kiss celebration. You know, like when players kiss their club badges, they could've actually kissed those big red lips.

Finally, it's important to say that not everything is wrong with this jersey. The match-worn shirt against Cremonese will be auctioned and all proceeds will be donated to Dedalus Cooperativa Sociale, an Italian non-profit organization working against gender-based violence.