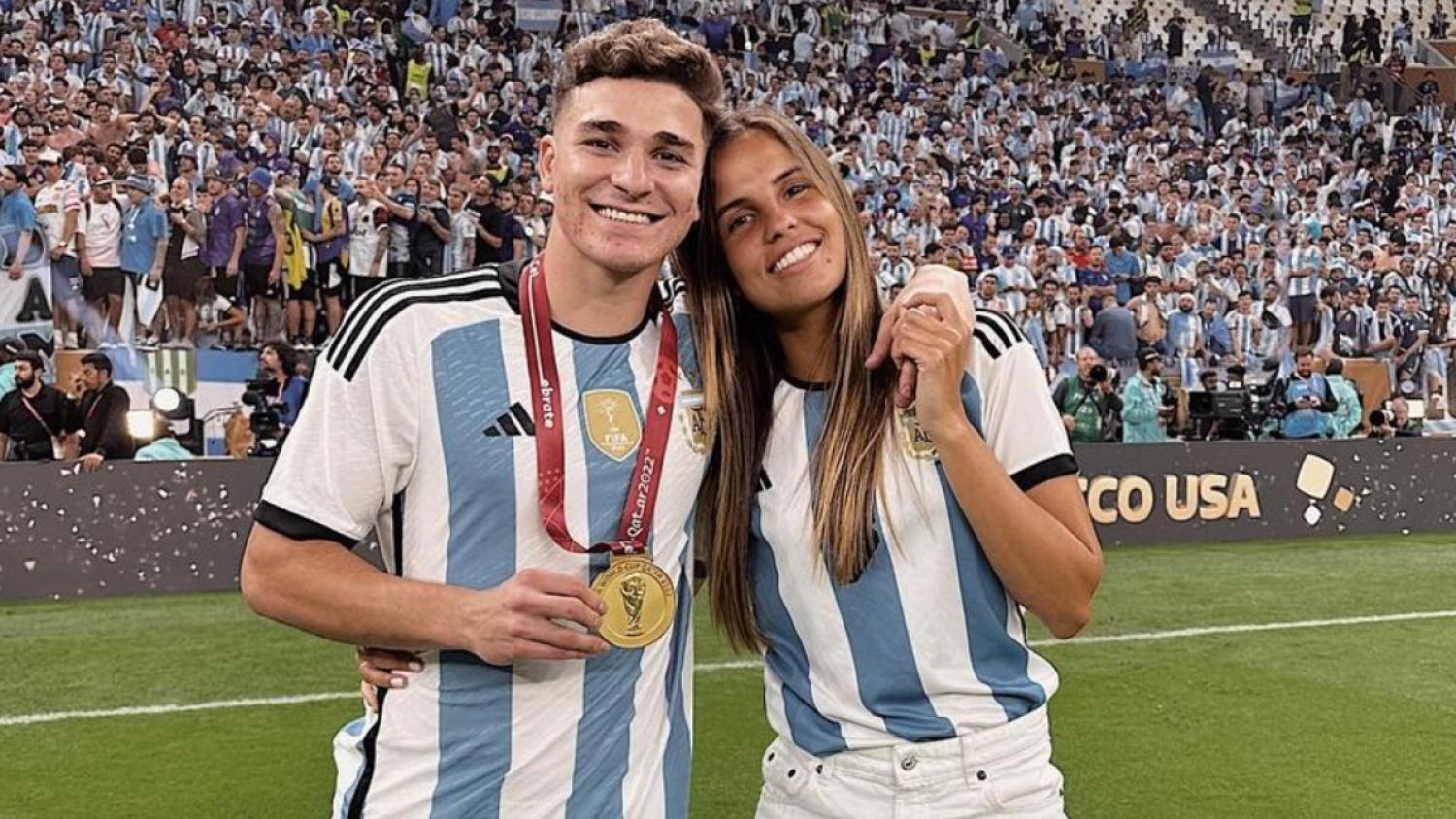 Julián Álvarez has become one of the most beloved players in Argentina. The Manchester City striker was instrumental in La Albiceleste's 2022 World Cup-winning campaign, scoring four goals and creating a joy-making partnership with Lionel Messi. So no wonder kids line up in front of his door to get a photo or an autograph.

Álvarez has happily obliged to the requests. However, a video in which his girlfriend Emilia Ferrero shuts down some kids has brought some drama into the relationship. In fact, there's a petition on change.com where Argentina fans are asking the player to break up with her.

Fans ask Julián Álvarez to break up with his girlfriend

Ferrero is a PE teacher and former field hockey player. She has been dating Álvarez since 2017 and was in Qatar celebrating the World Cup title on the pitch next to the player.

People used to say they were a great couple.

However, that perception has changed after a controversial video started to make the rounds online. In the clip, several kids are approaching Álvarez, looking for a photo and an autograph. Seconds later, Ferrero shuts down the individual requests, allowing only a group photo and no signatures.

"Please, just one photo of everyone, with one cell phone. One more picture because we have to go", says Ferrero in a very polite manner. And people in the sequence seem to be OK with the command.

Online, though, Ferrero's attitude was heavily criticized. Many even think that denying a kid the chance to be close to one of the 2022 World Cup heroes was so cruel that it should have consequences, with some suggesting that Julián Álvarez should consider breaking up with her.

Of course, the idea is outrageous. But somehow, there's a petition on change.org requesting the player to end the relationship.

"Julian separate de Mary Jane" (Julian break up with Mary Jane) is the petition's title. Then, the description reads: "We have to let The Spider know that Mary Jane is a toxic milipili that's ruining his public image and that this wouldn't have happened if he was with the chaqueña or any of us."

Before we continue, we need to explain three things:

Crazy, right? But even crazier is the fact that the petition has 20,000+ signatures supporting it. There were even stories pointing out that the campaign had an unexpected effect, leading Julián Álvarez to unfollow Ferrero on Instagram.

But we fact-checked this and can confirm that both were following each other at the time of the publication of this post.