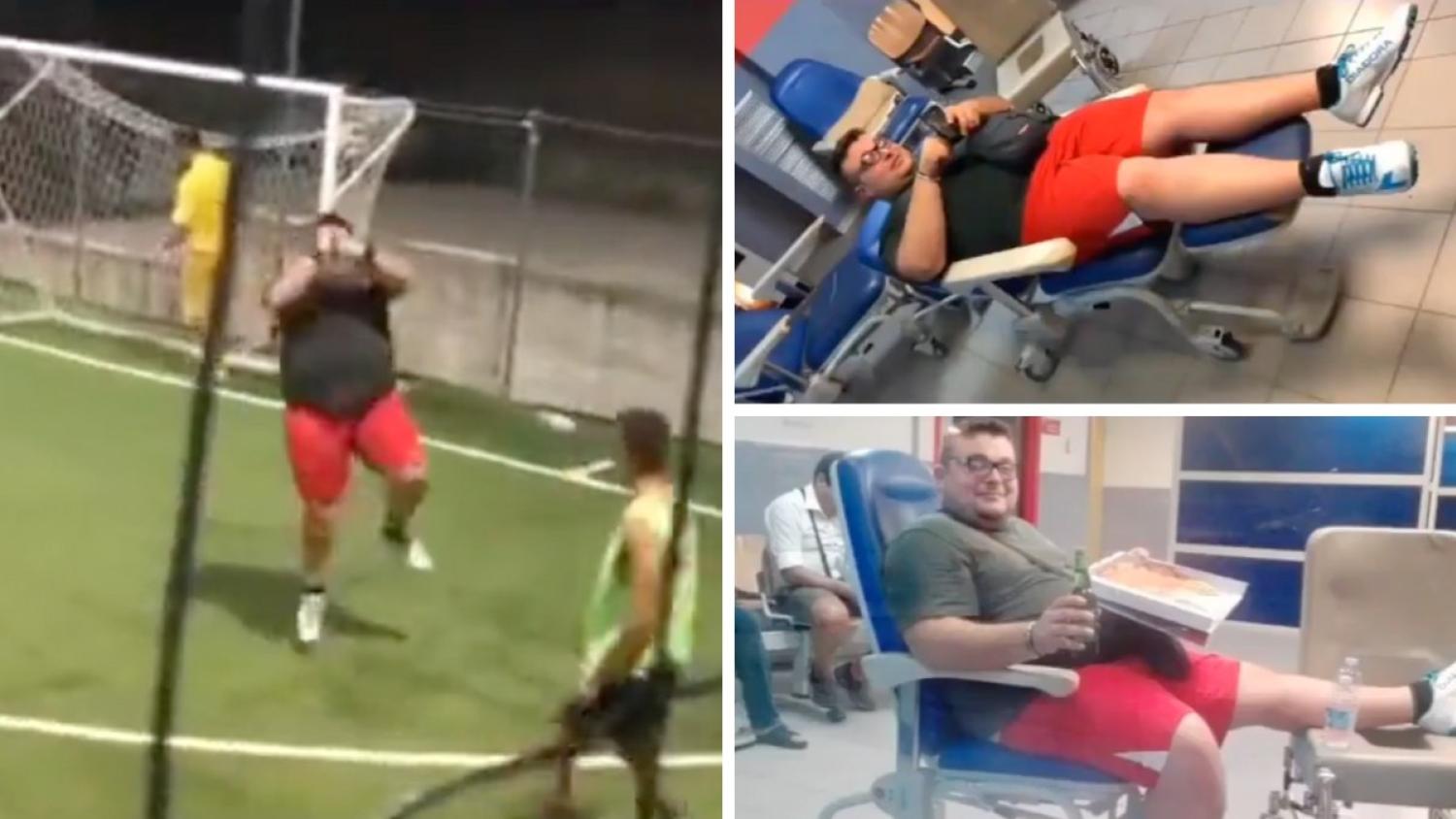 If you are in the soccer hamster wheel that lives on Twitter, you probably have stumbled across a video of a random guy scoring a goal in a five-a-side game and then getting injured after performing the iconic Cristiano Ronaldo SIU celebration.

In the last few days, the clip has accumulated millions and millions of views on social media, but little is known about the person who got injured or how serious the injury was.

First, you should know that the video is not new but from last March.

The protagonist? Francesco Santoro, a young lad from Cosenza, Italy, who, after scoring a penalty in a game with his friends, decided to go full Cristiano Ronaldo and hit his infamous SIU!

Sadly for Francesco, his body wasn't totally prepared for that sort of greatness and – as shown in the video – the whole adventure ended up in the local hospital to assess the damage sustained in his left leg.

And boy, the diagnosis wasn't a joke: meniscus and ligament injury.

Despite the bad news, Francesco and his friends decided to upload the video recorded on social platforms until it eventually became viral.

"With a friend, we decided to put it on Tik Tok, including the video of the post in the hospital. After a day, there were 2 and a half million views," he said in a quote published by Notizie.com.

In that article, he also recognizes he is not a fan of Juventus, the team in Italy where Cristiano played for three seasons, but AC Milan.