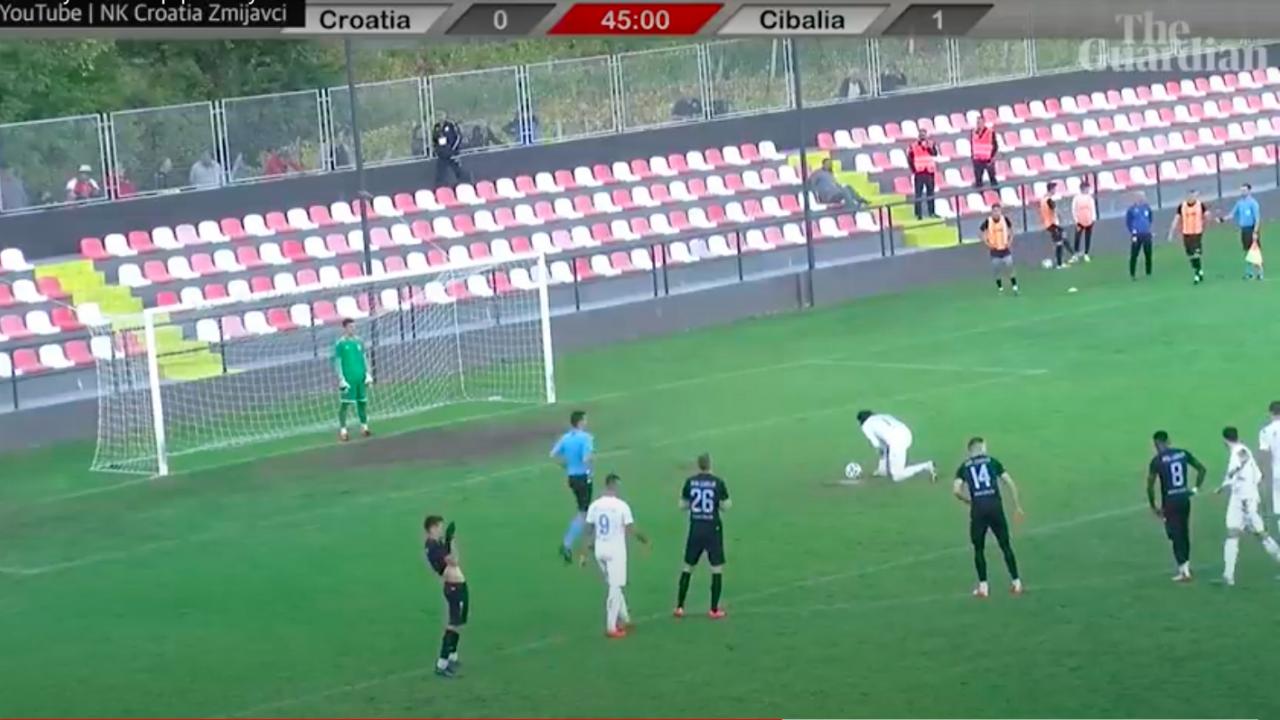 Try This Penalty Next Time You Take One. You’ll Be Loved And Loathed In Equal Measure

I’ve become addicted to FIFA 21 Pro Clubs. I think a part of it is that I miss playing the actual game so damn much that Pro Clubs has given me the endorphins I crave by way of reassuming my CDM position, clattering loose touches, linking defense to attack and experiencing the thrill of teamwork making the dream work.

It’s fun, alongside four strangers turned comrades on the field of battle, to embarrass five other strangers to the point of rage quitting.

I think Tomislav Mrkonjić was feeling the same way when taking this penalty in a Croatian second division match. (Although Pro Clubs penalties are typically given away by your dumbass AI right back.)

The resulting spot kick in the 95th minute is exactly how you want to salvage a contentious point. Cibilia’s No. 26 doesn’t seem to understand that you can kick the ball after the whistle is blown, but that’s pretty much how every sport on the planet works.