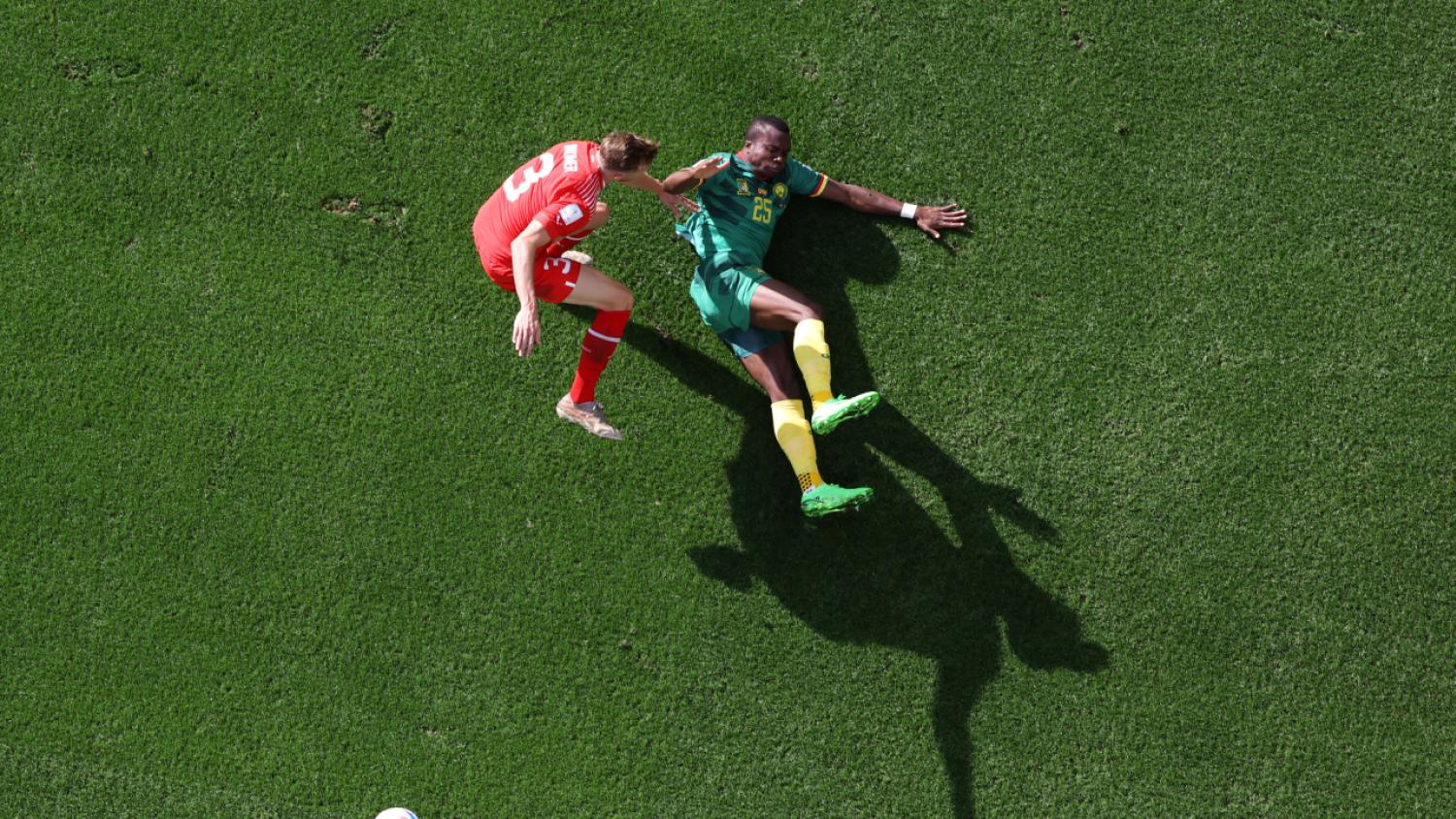 Colorblind people should not be overlooked when making jersey decisions.
Getty Images

This morning began the same way as any other World Cup morning would: Wake up at 3:50 a.m., turn on the broadcast from my phone before putting the game on the TV, get my computer to begin writing. But in this exhausted haze, one thing immediately caught my color-deficient eyes: Cameroon and Switzerland were extremely difficult to tell apart.

Cameroon took to the field in Qatar wearing their iconic green home shirt while the Swiss were draped in their traditional red kit. While there are obviously differences, namely Cameroon’s bright yellow socks and accents, for colorblind viewers at home or in the stadium, it can take an extra effort to recognize which team is which.

This #SUICMR game is a nightmare for those of us who are red green colour blind. Thank God for Cameroon’s socks. @TheRealALM @arseblog @gunnerblog @maxrushden

Colorblindness is by no means a rarity among today's population. Most experts estimate the rate is around one in 12 men and one in 100 women, so why this problem exists on the world’s biggest stage is baffling. Both teams have white away jerseys, and yet the decision was made to wear these two colors that trouble the majority of colorblind individuals.

Switzerland vs Cameroon must be great fun if you are colour blind. Amazed this still happens #SUICMR #WorldCup2022 #colourblindness

Should this be the biggest takeaway from the match? Probably not. Breel Embolo’s deadlock-breaking goal against the country in which he was born deserves much of the spotlight, but lessons should definitely be learned from today’s kit clash.

Soccer should be for everyone, and yet, a not insignificant portion of the population would find it difficult to follow along with a game like this.

Here’s to hoping Cameroon’s next match against Serbia does not suffer the same shortcoming.