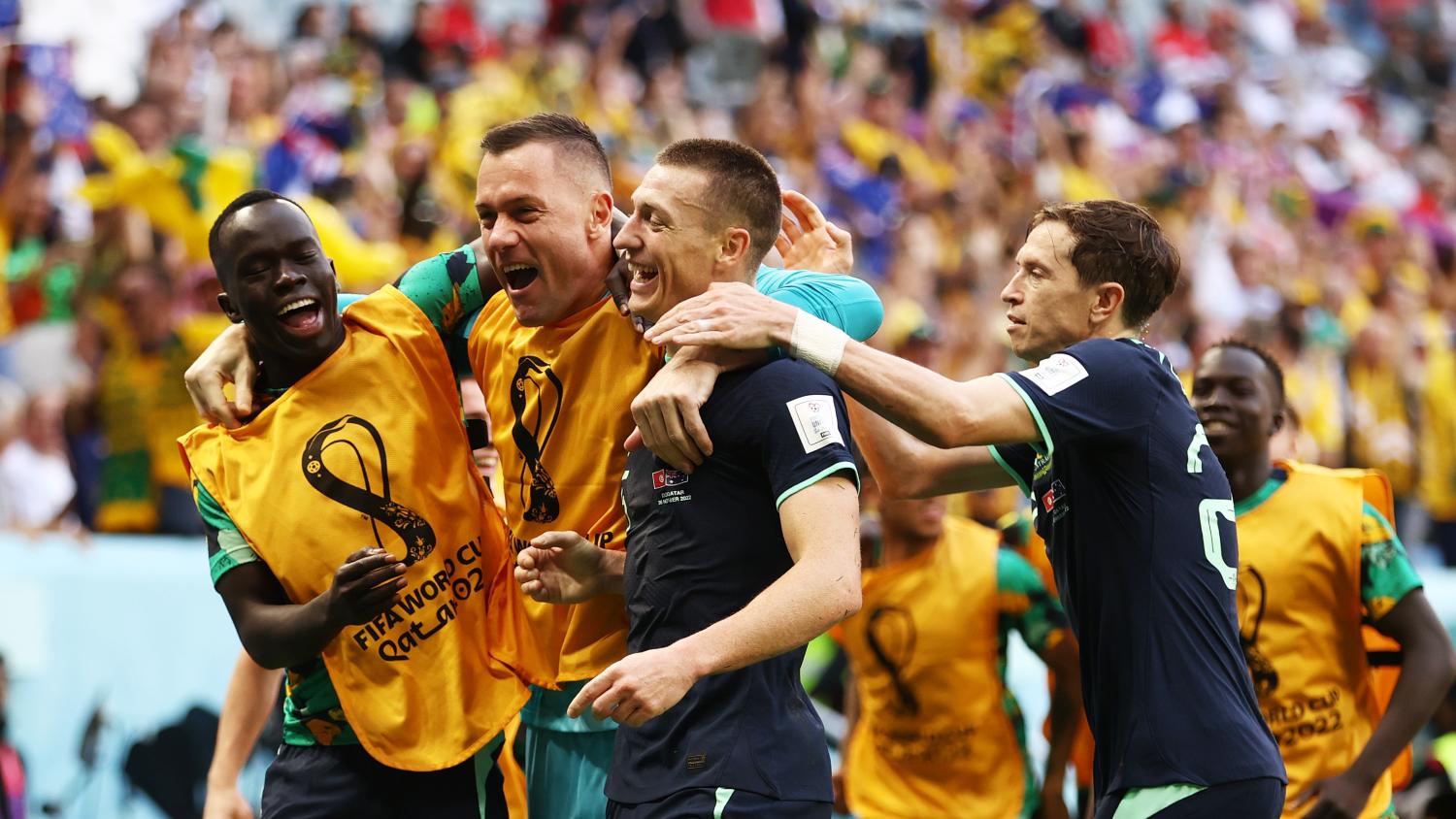 AL WAKRAH — Australia beat Tunisia 1-0 at the Al Janoub Stadium on Saturday to register their first World Cup victory in 12 years as they provisionally moved up to second in Group D behind reigning champions France.

Striker Mitchell Duke scored midway through the first half with a glancing header past keeper Aymen Dahmen to give Australia the lead, while Tunisia's best chance came when skipper Youssef Msakni shot just wide.

This header by Mitchell Duke was *chef's kiss* pic.twitter.com/ToVY3M8blf

Tunisia brought on the squad's top scorer Wahbi Khazri in the second half as they upped the tempo in search of an equalizer, but the Australian defence stood firm with goalkeeper and skipper Mat Ryan a calming presence at the back.

He shuts down a huge chance for Tunisia pic.twitter.com/735EV26IDJ

What a tackle by Australia pic.twitter.com/6RN2YQKCTu

The victory snapped Australia's seven-match winless run at World Cups since they last picked up three points in a victory over Serbia in 2010. France play Denmark in the other Group D encounter later on Saturday.