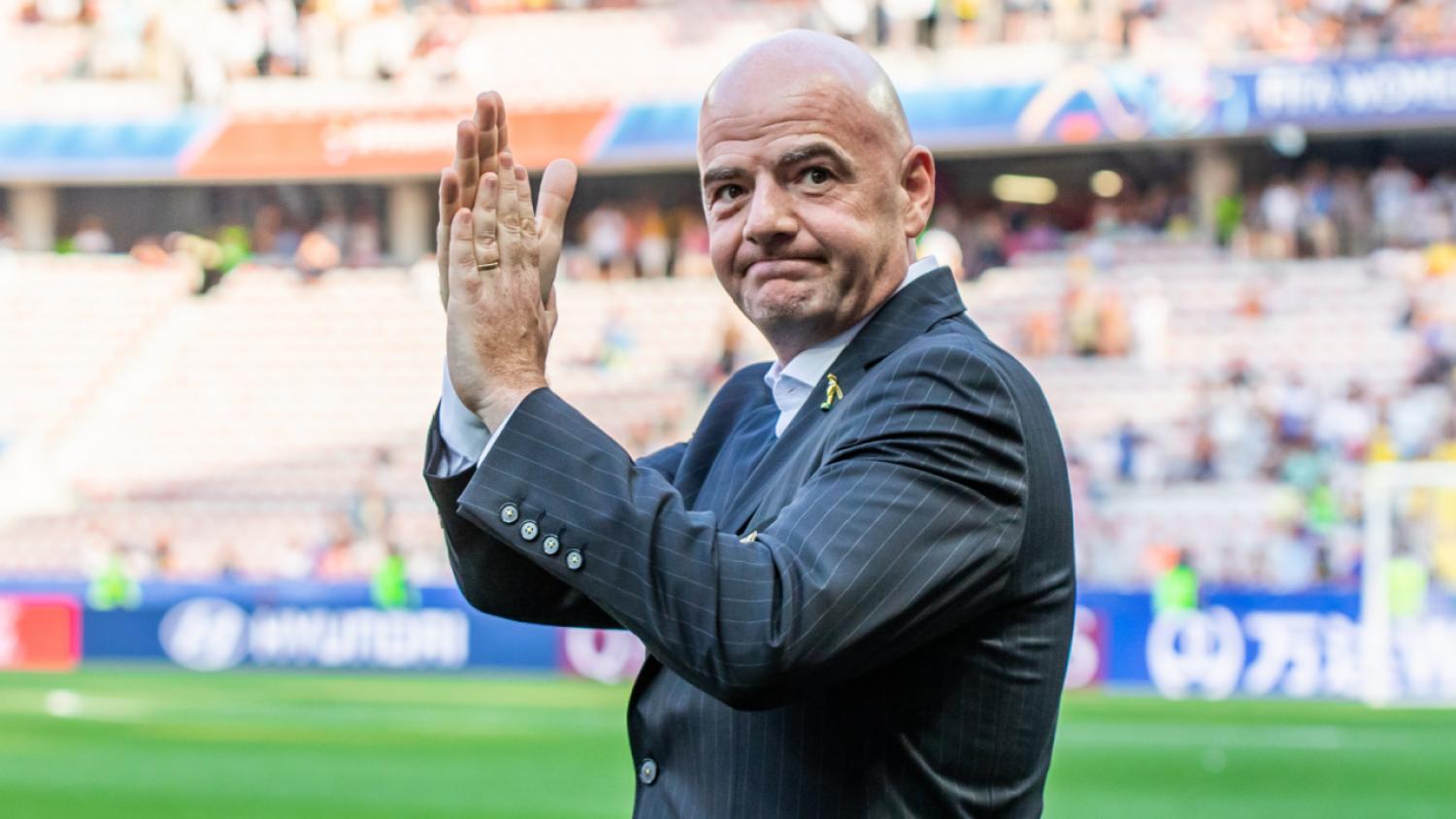 Infantino says he understands the plight of migrant workers because he had "red hair and freckles."
Shutterstock

AL RAYYAN, Qatar - FIFA President Gianni Infantino raised eyebrows on Saturday when he attempted to show empathy with marginalized groups by telling reporters in Qatar "I feel gay ... I feel like a migrant worker."

Infantino opened the traditional pre-World Cup news conference on Saturday with a lengthy monologue lambasting the critics of Qatar hosting the tournament because of the country's human rights record.

Infantino then detailed how he had grown up as the child of migrant workers in Switzerland and had been bullied for his accent and for having red hair and freckles.

"Of course, I am not Qatari, I am not an Arab, I am not African, I am not gay, I am not disabled," he later added. "But I feel like it, because I know what it means to be discriminated, to be bullied, as a foreigner in a foreign country."

“I know what it means to be discriminated. As a child at school I was bullied because I had red hair.”

President of FIFA, Gianni Infantino accuses Europe of hypocrisy for their criticisms of Qatar pic.twitter.com/4ZgFHcuKaa

LGBT rights have been a touchstone issue for critics of the tournament because same-sex relations are illegal and punishable by up to three years of jail-time in Qatar.

"Judging by social media, your comments that you feel gay has caused some surprise to many in the gay community," one journalist later noted before asking Infantino a question. "Because, they are saying, that if you really were gay you would not be able to say that because you would be admitting to effectively illegality."

FIFA's director of media relations Bryan Swanson, however, concluded the news conference with a personal message of support for his boss.

"I've seen a lot of criticism of Gianni Infantino since I've joined FIFA, in particular from the LGBTI community," he said. "I'm sitting here in a privileged position on a global stage as a gay man here in Qatar. He has received assurances that everyone will be welcome ... Just because Gianni Infantino is not gay, does not mean he does not care. He does care."