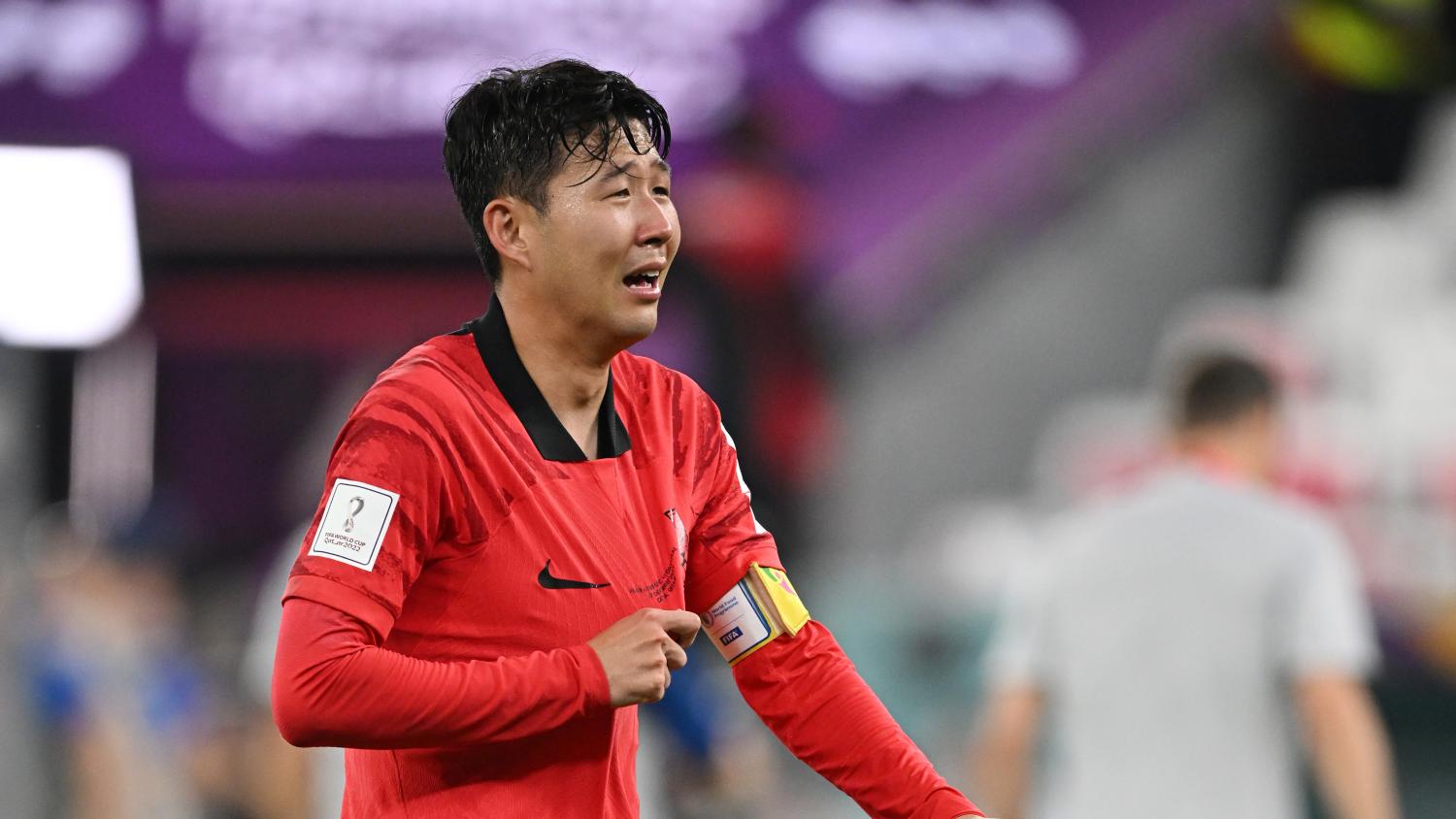 South Korea are you kidding me??
Getty Images

South Korea secured a spot in the Round of 16 of the World Cup on Friday with an incredible last-minute goal against Portugal to win 2-1. The South Korean victory paired with Uruguay defeating Ghana 2-0 meant that the Asian underdogs advanced due to the tiebreaker of having more goals scored than Uruguay.

It looked like it was going to be heartbreak for South Korea as the game went into extra time with the score still tied 1-1. A draw with Portugal wouldn’t be enough and a hero was needed. Their star man Son Heung-min had been quiet through 270 minutes of the 2022 World Cup. That was until minute 91 of the final group stage game.

As it stands, South Korea is through on the goals scored tiebreaker pic.twitter.com/axw1HPX1vo

What an emotional moment for Son ❤️ pic.twitter.com/Rrr6F4aP6h

As Son approached the box there were three Portuguese players practically hypnotized by the Tottenham star. With all the attention on Son, Hwang Hee-Chan snuck in behind the Portugal defense. Son couldn't have provided a better assist as he slipped a perfect ball through to Hwang for his first goal contribution of the tournament.

The Wolverhampton forward had the hopes and dreams of his entire nation on his shoulders, but he stroked it into the far corner with supreme confidence. The South Korean fans proceeded to all lose their minds.

Definitely turn your sound up for this

After the final whistle blew for the South Korea vs. Portugal game there was a nervy eight minutes for South Korea fans. All of them switched to watch the Uruguay game. If the CONMEBOL giants scored one more goal against Ghana, then they would go through at the expense of South Korea.

There were some close calls, but ultimately Uruguay couldn’t find a third goal.

Ati-Zigi with the SAVE

As it stands, Uruguay needs just one goal to move on pic.twitter.com/kDBzXFkWAa

THIS IS WHAT IT MEANS ❤️

Son throws his mask and breaks down in tears immediately after the final whistle ❤️ pic.twitter.com/CTaHQKMGE0

The game couldn’t have gotten off to a worse start for South Korea. Portugal opened the scoring in the fifth minute through Ricardo Horta.

Kim Young-gwon found the equalizer off a corner in the 27th minute to reignite hope.

With a favorable result happening between Ghana and Uruguay, South Korea only needed one moment of magic. Son, the South Korea batman, was there to deliver.