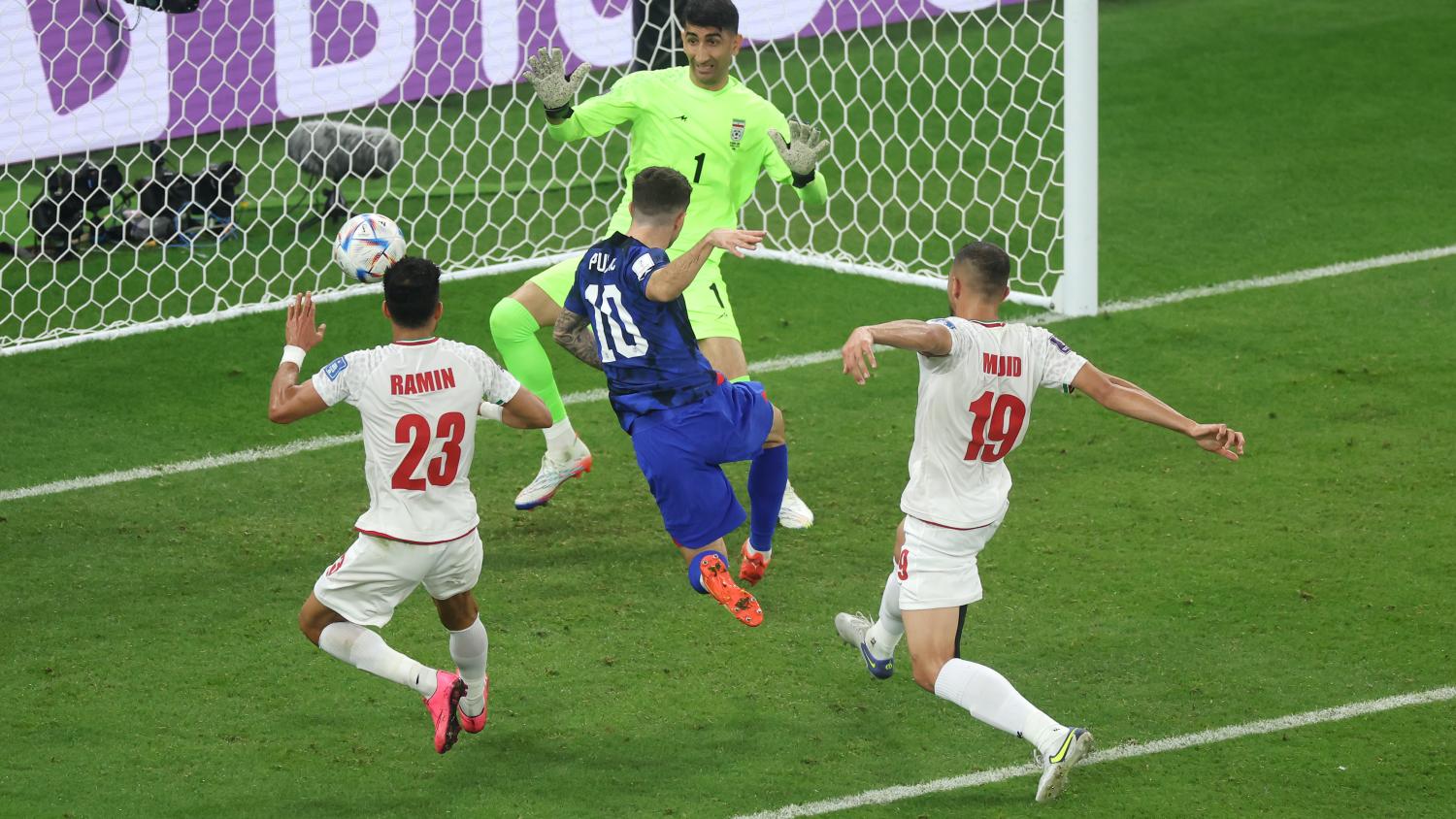 Pulisic delivered when his country needed him most.
Getty Images

Needing a win over Iran to advance to the World Cup round of 16, USMNT star Christian Pulisic got his first-ever goal on the world's biggest stage to put his nation up 1-0 in the 38th minute.

Weston McKennie got the move started with an excellent ball over the top to Sergiño Dest, and Dest played it across the face of goal to meet the advancing Pulisic.

Pulisic got to the ball before Iranian goalkeeper Alireza Beiranvand to convert, but the 24-year-old clattered into the keeper shortly after. He was unable to celebrate the completion of a childhood dream because he was clearly shaken up.

NOTHING WAS STOPPING PULISIC FROM SCORING

Take another look at his first-ever FIFA World Cup goal for the @USMNT pic.twitter.com/s6tKehRLg2

It looked like he'd be unable to continue as he struggled on the sidelines with team doctors. The U.S. continued with 10 men with Gregg Berhalter looking on anxiously.

Pulisic is helped off the sideline after scoring for the USMNT pic.twitter.com/6C2z6sKNAZ

However, Pulisic returned to the field to complete the first half.

Leaving it all on the line

Pulisic is back out on the field for the @USMNT pic.twitter.com/1bDrEmdVYv

His night, however, ended during the interval. Brenden Aaronson replaced him for the second 45.