Player Of The Match? You Get A Bag Of Groceries! 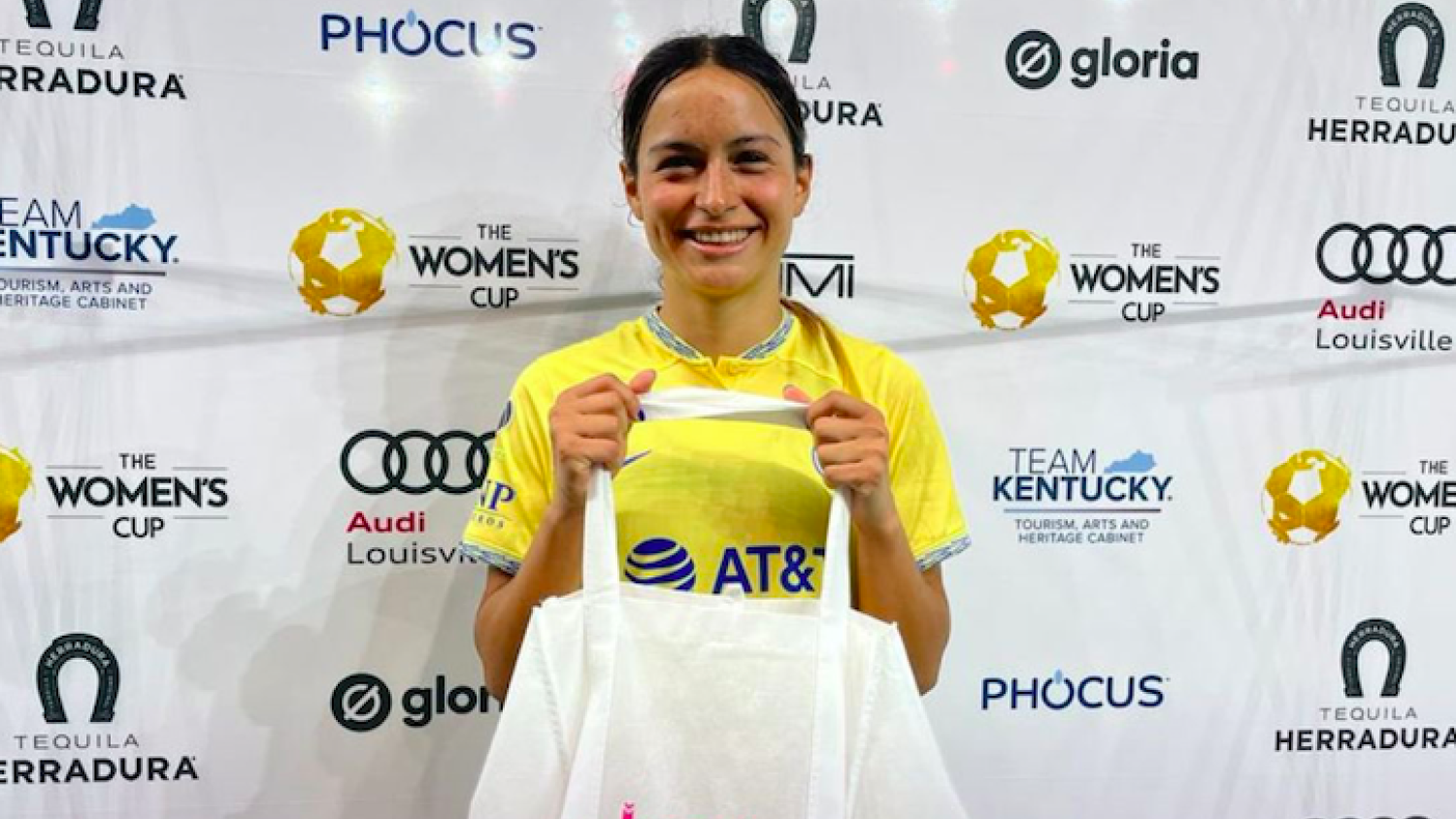 No need to make a stop to Kroger after the game.
The Women's Cup | Twitter

We often see players awarded small trophies or plaques for their top-tier performances as the best player of a soccer match.

Brands and sponsors sometimes find their own ways to reward players for their outstanding matches.

The Women’s Cup friendly between Club América and Tottenham Hotspur on Sunday in Louisville ended with a 2-1 victory for the Mexicans, who advanced to the semifinals of the tournament against OL Reign.

On top of that, Scarlett Camberos of América was awarded the Most Valuable Player of the Game after scoring a brace in Las Águilas' historic win.

Like we previewed, the América player did not receive your usual POTM or MVP award.

Did she get a trophy? Not quite.

Even better: She got a Kroger Plus grocery bag!

Nothing like celebrating a huge win with some Cheez-Its and a dozen eggs.

The tote bag was obviously not the proper recognition for a good soccer match, and fans on Twitter reacted with both humor and disapprovement.

Nothing says MVP like a bag of our finest American groceries https://t.co/fR19921up8

At the end of the day, the Mexican was a good sport, smiling like she had just been given the Ballon d’Or.

After all, the award was probably the last thing on Camberos’ mind after putting in a class performance and helping her team get an important victory.