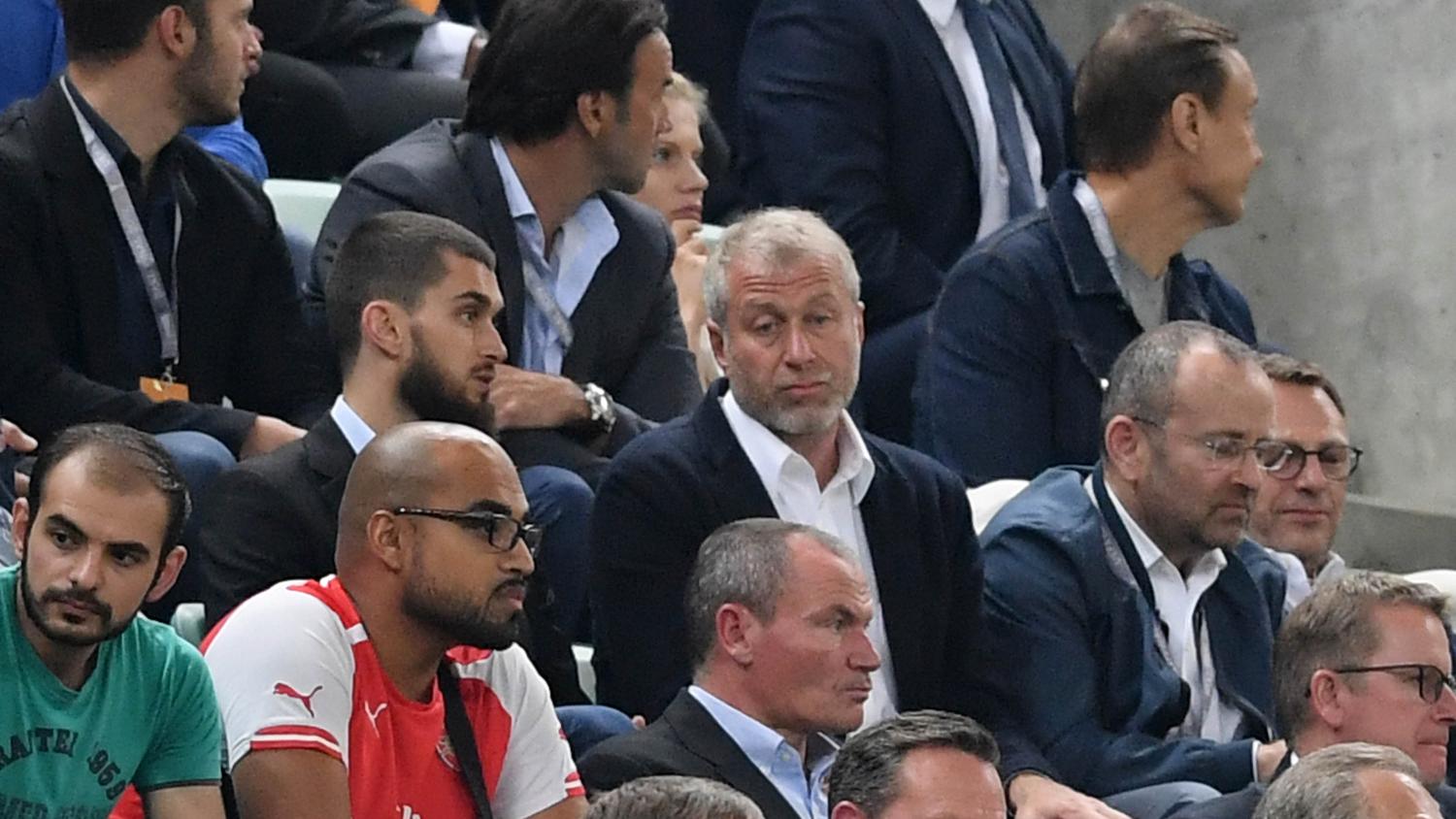 The Wall Street Journal and other outlets said Abramovich suffered symptoms that suggested poisoning along with two others.
Getty Images

Until recently, Roman Abramovich was living the high life. Owner of the world’s best soccer team (Chelsea won the Champions League in May and Club World Cup in February), the Russian oligarch boasted a personal net worth close to $8 billion. That’s all changed in the weeks since Vladimir Putin’s invasion of Ukraine, with Abramovich’s assets frozen and Chelsea forcibly put up for sale. Now there are reports saying Abramovich was poisoned while representing Russia in peace talks.

Roman Abramovich suffered symptoms consistent with a poisoning attack, the Wall Street Journal reported on Monday. Abramovich was meeting with Ukrainians to negotiate an end to fighting in Eastern Europe when he and at least two senior members of the Ukrainian delegation came down with symptoms that suggest they were poisoned, according to the report.

Symptoms Abramovich reportedly suffered included peeling skin on faces and hands, red eyes and constant and painful tearing. Abramovich and the two other negotiators have improved, and their lives are not in danger, according to the report.

So was Abramovich poisoned as has been reported? Here’s what we know.

Abramovich, who since buying Chelsea in 2003 has brought about the London club’s most successful era, has been hit hard by economic sanctions imposed by most of the world’s wealthiest nations in response to Putin’s invasion of Russia.

The Chelsea owner has publicly stated he wants peace, and he accepted an invitation to join Ukrainian MP Rustem Umerov on March 3 for negotiations. Abramovich and two others reportedly came down with mysterious symptoms, though a fourth person who had similar contacts did not.

The Wall Street Journal is a reputable outlet and sited “people familiar with the matter.” Other outlets have also confirmed the reports, including Bellingcat, a Dutch-based investigative journalism outlet, which said it helped provide a chemical weapons specialist. The experts found the symptoms were “most likely the result of intentional poisoning with an undefined chemical weapon.” Bellingcat said it did not initially make these findings public in the interest of the safety of those targeted.

An alternative less likely hypothesis was use of microwave irradiation. The symptoms gradually subsided in the course of the following week.

The experts said the dosage and type of toxin used was likely insufficient to cause life-threatening damage, and most likely was intended to scare the victims as opposed to cause permanent damage. The victims said they were not aware of who might have had an interest in an attack

Umerov tweeted on Monday saying he is fine and to “not trust any unverified information,” suggesting the reports of poisoning at the meeting are false.

I’m fine. This is my response to all the yellow news spreading around.

Please do not trust any unverified information. We have an informational war ongoing as well.

Later Monday, a source close to Abramovich confirmed to the BBC the Russian oligarch suffered the symptoms as reported. The source also said Abramovich has now fully recovered and is once again trying to continue peace negotiations.

The Kremlin has made no statement on the matter. No one has claimed responsibility for the incident. A U.S. official told Reuters it was likely from “environmental” factors and not poisoning, but the U.S. has reasons to downplay such an event as it could lead to escalation.

Perhaps more so than any other European war prior, the Ukrainian-Russia conflict is one of information, including intentional disinformation. Putin has erased all freedom of press in Russia, allowing him to deceive his people into believing the war is about eradicating Nazis from Ukraine. At the same time, Ukraine has used social media to bring people to its cause, showing in horrifying detail the war crimes Russians are committing.

Russia has a long history of poisoning dissidents, including political rivals or anyone who could threaten the status quo. The Wall Street Journal suggested the poisoning was done by hard-liners in Moscow who oppose peace until Russia has taken control of Ukraine. Regardless, it’s fortunate the poisoning appears to only have been a warning shot as opposed to an attempt to assassinate the negotiators.

The story is still new and much more information will become available in the days and weeks to come.