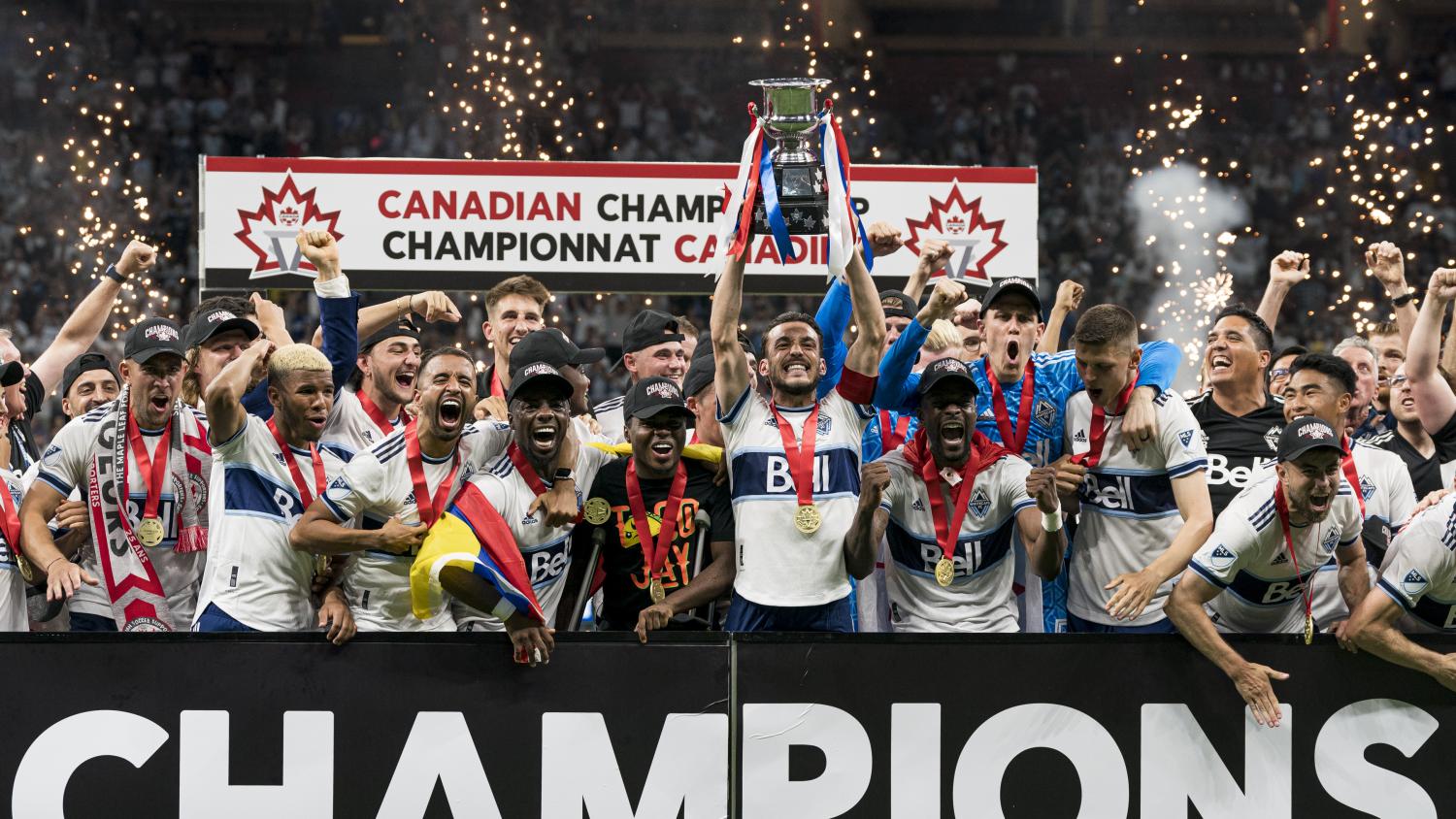 TFC had Insigne, Bernardeschi and Criscito in the starting XI but lost in a shootout.
Getty Images

There was a trophy on the line and a spot in the 2023 Concacaf Champions League on Tuesday night when the Vancouver Whitecaps welcomed Toronto FC to a sweltering BC Place for the 2022 Canadian Championship Final.

Fans numbering 24,307 were in attendance — the second largest in final history — to see their side take on TFC's Italian signings Lorenzo Insigne (whose name was cheered during lineup announcements), Federico Bernardeschi and Domenico Criscito.

History was on Toronto's side with the visitors winning the title eight times in 13 years. The Caps had only lifted the trophy once, in 2015, while losing the final a record seven times.

However, it was Vancouver that opened the scoring in the 19th minute.

But Toronto eventually got the ball to the Italians, and it was Bernardeschi who unlocked Vancouver's defense with an outside-of-the-boot cross to create the equalizer in the 75th.

The match had to be decided in a shootout. Caps keeper Cody Cropper provided a save on Canadian international Jonathan Osorio, and that set the stage for 25-year-old American defender Tristan Blackmon to hit the decisive spot kick.

It wasn't Blackmon who had his shirt off after converting — it was Vancouver manager Vanni Sartini.

"I was confident and I was also a little bit pissed. Because I think we deserved to win," Sartini said of the shootout. He also reportedly went to shake Bob Bradley's hand, was refused and said "it's OK to lose sometimes" in Italian, which pissed off the Azzurri boys.

Vancouver is the first MLS side to qualify for the 2023 CCL. Mexico's spots are already determined with Atlas, Tigres, León and Pachuca all in.

For Toronto, this represented the most realistic route at giving its new stars a chance to sign in the CCL. There's no way the Reds win the Supporters' Shield (23 points behind LAFC) or Eastern Conference (20 behind Philadelphia), so winning MLS Cup is now the only remaining avenue. They're currently six points beneath the playoff line.