Tyler Adams Owes Jesse Marsch And All Of America An Apology

Connor Fleming October 19, 2021
As a team, Leipzig looked better than PSG, but Messi and Mbappé can decide matches alone.

If European football wasn’t as familiar with American manager Jesse Marsch as it should’ve been, it sure as hell is now. On Tuesday, the RB Leipzig boss masterminded a stirring performance at the Parc des Princes that had the German side deservedly ahead 2-1 with just over 20 minutes to play.

But a terrible mistake from American midfielder Tyler Adams allowed Lionel Messi to equalize before a rash challenge in the area gifted PSG another from the spot.

Marsch joked before the match that he’d need to revert to a seven-man backline against PSG’s attacking might, but what actually transpired in Paris was Leipzig pressing the home side high and confronting their every touch and turn.

The danger of that approach was clear in the ninth-minute when — after a nice Leipzig move that ended on the top of PSG’s area — a couple passes suddenly found Kylian Mbappé streaking clear from the halfway line.

There’s no one on the planet that comes close to matching the 22-year-old in this situation, and the Frenchman’s finish through the legs of Willi Orbán was the mark of a true master.

Rather than collapse, Leipzig regained control and began dominating proceedings. Marquinhos had to clear one over the bar with Leipzig attackers lurking, and then André Silva struck the base of the post with Keylor Navas beaten.

The equalizer looked imminent, and it was another beautiful team move that ended with Angeliño picking out Silva for the finish.

THIS TEAM GOAL FROM LEIPZIG pic.twitter.com/xdvV5pvQMF

Christopher Nkunku also went close for Leipzig before half, and the visitors finished with eight shots (three on target) compared to six shots from PSG with Mbappé’s goal being the only one on frame.

The success of Leipzig’s approach was clear in the amount of successful tackles for both sides (Leipzig 16, PSG 5) and interceptions (Leipzig 9, PSG 3). Lionel Messi’s influence was nonexistent.

Neither side made a change at the interval, and it was Leipzig who picked up where they left off in the 57th with another glorious move. Again it was Angeliño with the excellent service, and Mukiele timed his run to beat Navas on the volley.

THE CROSS. THE FINISH. 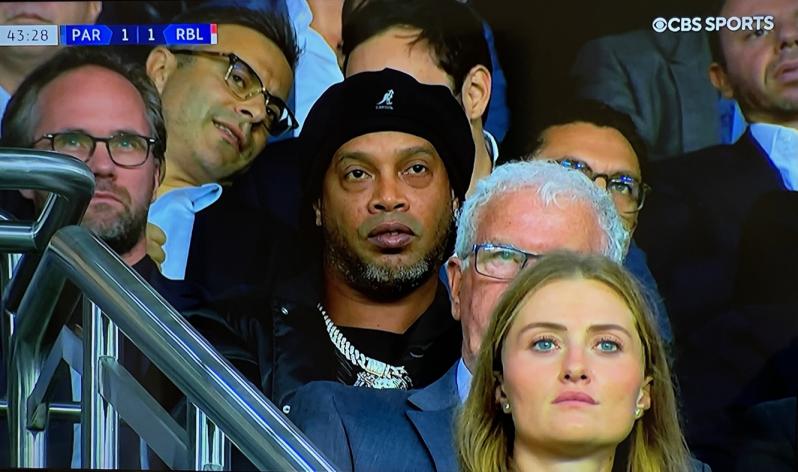 Mauricio Pochettino was the first to blink, retooling his midfield with the introductions of Georginio Wijnaldum and Danilo Pereira to mirror the system that Marsch began with. The message was clearly “save us Mbappé; do something Messi.”

Messi would oblige, scoring twice between the 67th and 74th minutes to complete PSG’s turnaround, but both were absolute gifts from Leipzig.

The only way back for PSG looked like an error, and the 22-year-old Adams obliged. The midfielder got caught in possession at the edge of his own third, and then he chose the absolute worst option: a blind back-pass to the feet of Mbappé.

Mbappé raced into the area before picking out Messi with the cutback, and although the Argentine’s first-time shot was saved onto the post by Péter Gulácsi, Messi was first to the rebound.

Mbappé’s threat then produced the go-ahead goal as the forward got the best of Mohamed Simakan before the Leipzig defender impeded his progress in the area by way of forearm shiver.

Mbappé dusted himself off and quickly pointed to Messi for the spot kick. It was the right decision.

Messi’s next act was to get Adams booked for a tactical foul in midfield.

Knowing that three straight defeats realistically spelled the end of their Champions League campaign, Leipzig searched in vain for an equalizer and was hit on the break in stoppage time. This sequence ended in another PSG penalty after VAR review, but Mbappé fired his effort well over.

Neymar's reaction says it all. pic.twitter.com/eAWDYp4xXr

Leipzig could still make a push for third and the Europa League.