Can Erik Ten Hag Turn Things Around With This Potential Starting XI For Manchester United?

David Moore August 5, 2022
Many critics have written United off; should they rethink things?

New Dutch manager Erik ten Hag has managed to keep Cristiano Ronaldo at the club and supply some reinforcements during the summer transfer window. The former Ajax manager has been known to use a 4-3-3 formation and a 4-2-3-1 look.

Here’s how United could look next season. 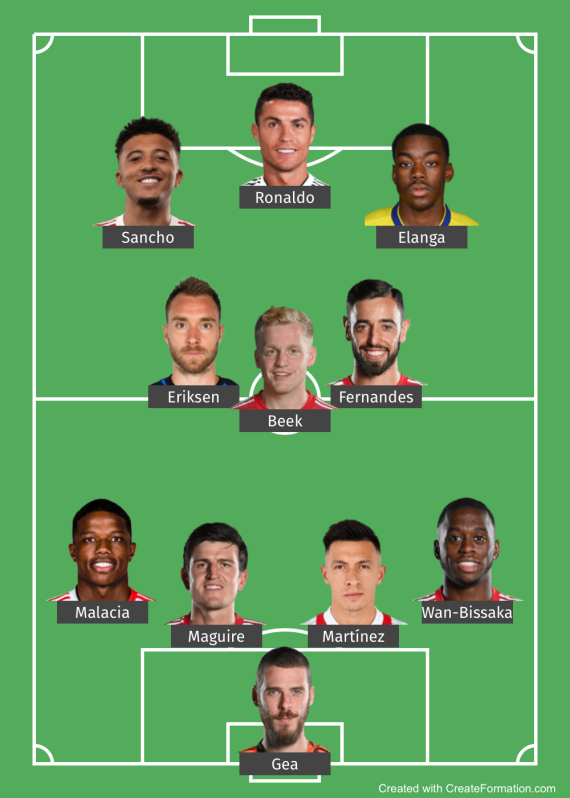 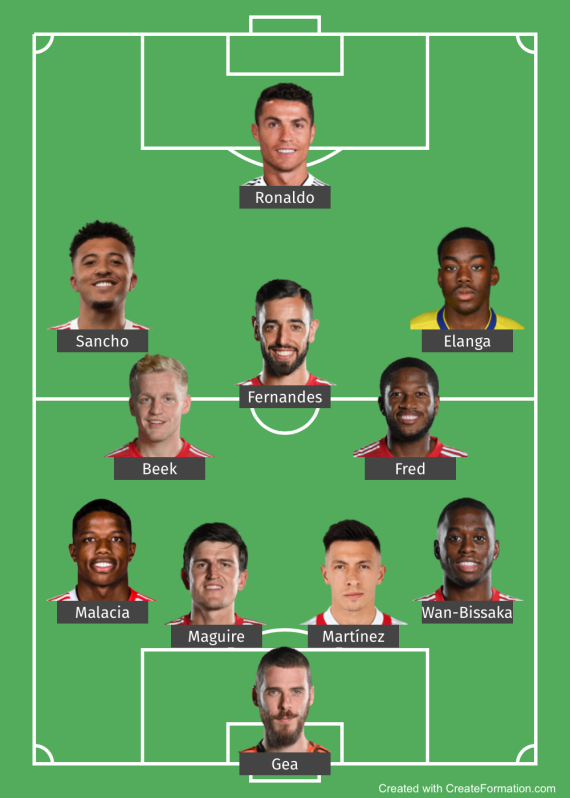 The defense sees two additions from the Eredivisie with Tyrell Malacia joining from Feyenoord and Lisandro Martínez coming along with ten Hag from Ajax to United.

Tyrell Malacia to Manchester United, here we go! Agreement reached on personal terms, waiting to sign the contracts soon for €15m plus €2m add-ons to Feyenoord. Malacia will be first signing of ten Hag era. #MUFC

Ten Hag will have plenty of options at center back with Victor Lindelöf and Raphaël Varane also readily available. Somehow, we all know it’s still going to be Harry Maguire making a mess of things back there.

The biggest change in midfield is the addition of Christian Eriksen. After suffering a cardiac arrest at the Euros a year ago it was thought Eriksen’s career was over. Now he joins Manchester United on a free transfer from Brentford.

Ten Hag will have a reunion with Donny van de Beek and could look to facilitate a rebound year for the former Ajax midfielder.

The front three consists of starters from last season. After being linked with just about every Champions League-eligible club in Europe, it appears Ronaldo will stay with United.

Marcus Rashford will be looking for an improvement after scoring just four Premier League goals last season. As of now, Jadon Sancho and Anthony Elanga look poised to start.

The odds are stacked against this team, but perhaps it can shock everyone and finish in the top four.