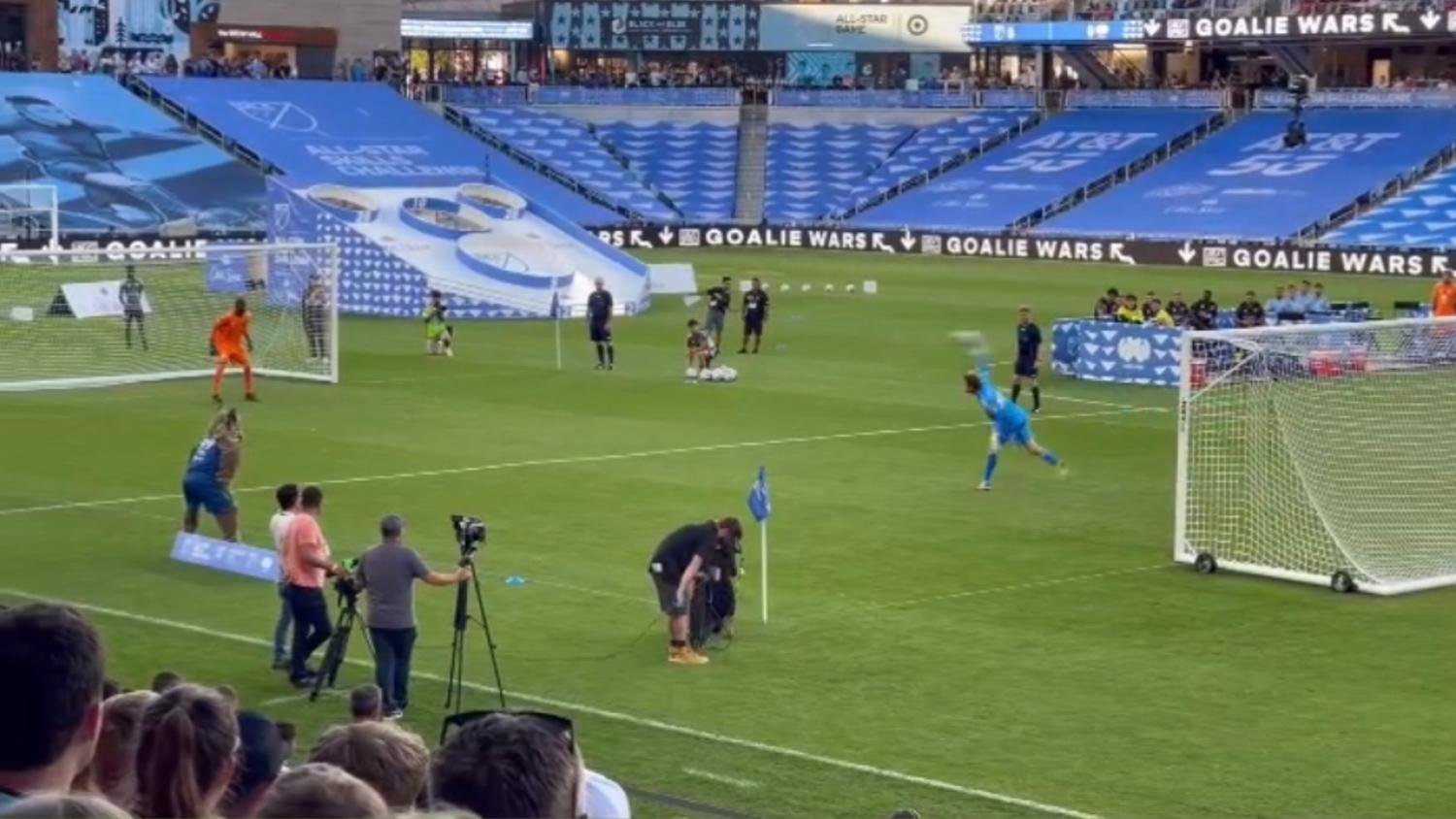 For the first time in over 20 years, the legendary "Goalie Wars" contest returned to the MLS All-Star Game Skills Challenge on Tuesday night at Allianz Field in Saint Paul, Minnesota.

Unfortunately for viewers of the event on ESPN2, MLS was only experimenting with the return of "Goalie Wars," so the action took place during the broadcast's commercial breaks and featured four contestants from the MLS Next Pro league in a single-elimination contest.

Inside Allianz Field, the largest "oohs" and "aahs" of the night were definitely generated during "Goalie Wars" — a few of the saves were outlandish, while some of the shots were venomously punted into the top corners.

Here are some highlights from the evening.

The home crowd got to see MNUFC2 goalkeeper Alec Smir win the competition by beating NYCFC II's Alex Rando in the 90-second final.

"I would never have thought that would be an opportunity for me," Smir told the Star Tribune. "So being out there in Allianz with the fans, that experience, that event was amazing."