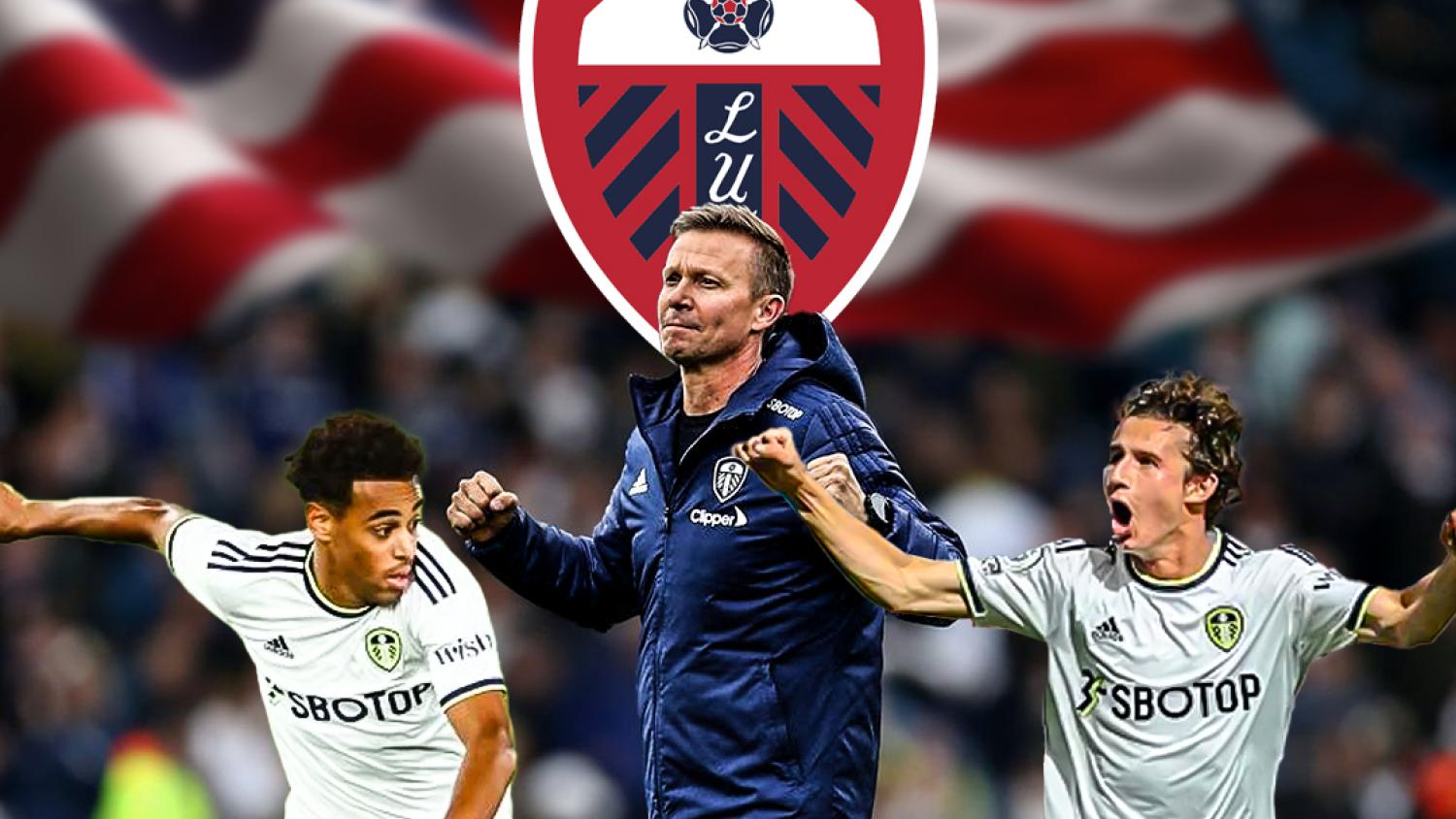 The United States has never had a strong foothold in European soccer, much less the English Premier League. However, this year has seen a bit of shift — a revolution if you will — with Americans playing in England's first division at a tremendous rate. No team has made more waves than Leeds United.

Last season, the club hired Wisconsin native Jesse Marsch as its manager, and he helped the club narrowly escape relegation. This summer, he brought in two Americans: Tyler Adams from RB Leipzig and Brenden Aaronson from RB Salzburg. The trio has made headlines and caused quite the stir as many soccer fans stateside have a new team to support. Whether you call it Major Leeds Soccer or Leeds United States of America, we have you covered.

The first game of the season will be best remembered for Brenden Aaronson’s heroics that, ultimately, the Premier League felt he didn’t deserve credit for. After Leeds won possession back at midfield, some good ball movement saw the ball played into the box to Patrick Bamford. The Brit quickly fizzed the ball into the corridor of uncertainty where Aaronson was able to tap the ball home to give Leeds a 2-1 lead, except it wasn’t him.

Aaronson game winner for Leeds on Premier League debut. Goal capped off a terrific all around performance from him pic.twitter.com/7bQAOarbuo

The Premier League soon deemed Aaronson wasn’t responsible for the goal, and it was instead given as an own goal for Wolves defender, Rayan Aït-Nouri. While it didn’t change the scoreline, it does mean the 21-year-old New Jersey native will have to wait a bit longer for his first official Premier League goal.

Both Aaronson and Adams impressed in their debuts, with some stats putting the pair among the best in the league in their respective metrics.

After the final whistle, Marsch and Wolves manager Bruno Lage seemed to get into a bit of a shouting match; Marsch was not one to shy away from confrontation, making sure he got his point across to the Portuguese manager.

Jesse Marsch definitely got that dawg in him pic.twitter.com/RTP1O6B2Tx

At the end of the day, a great day for the Americans translated into three points, which were exactly what Leeds needed to start the season off as strong as possible. Next up is an away trip to Southampton, which lost handily to Spurs at the weekend. Watch as Marsch and Co. hope to go two for two on Saturday, Aug. 13, at 10 a.m. ET on Peacock.