Barcelona must show they're better than Bayern, says Xavi 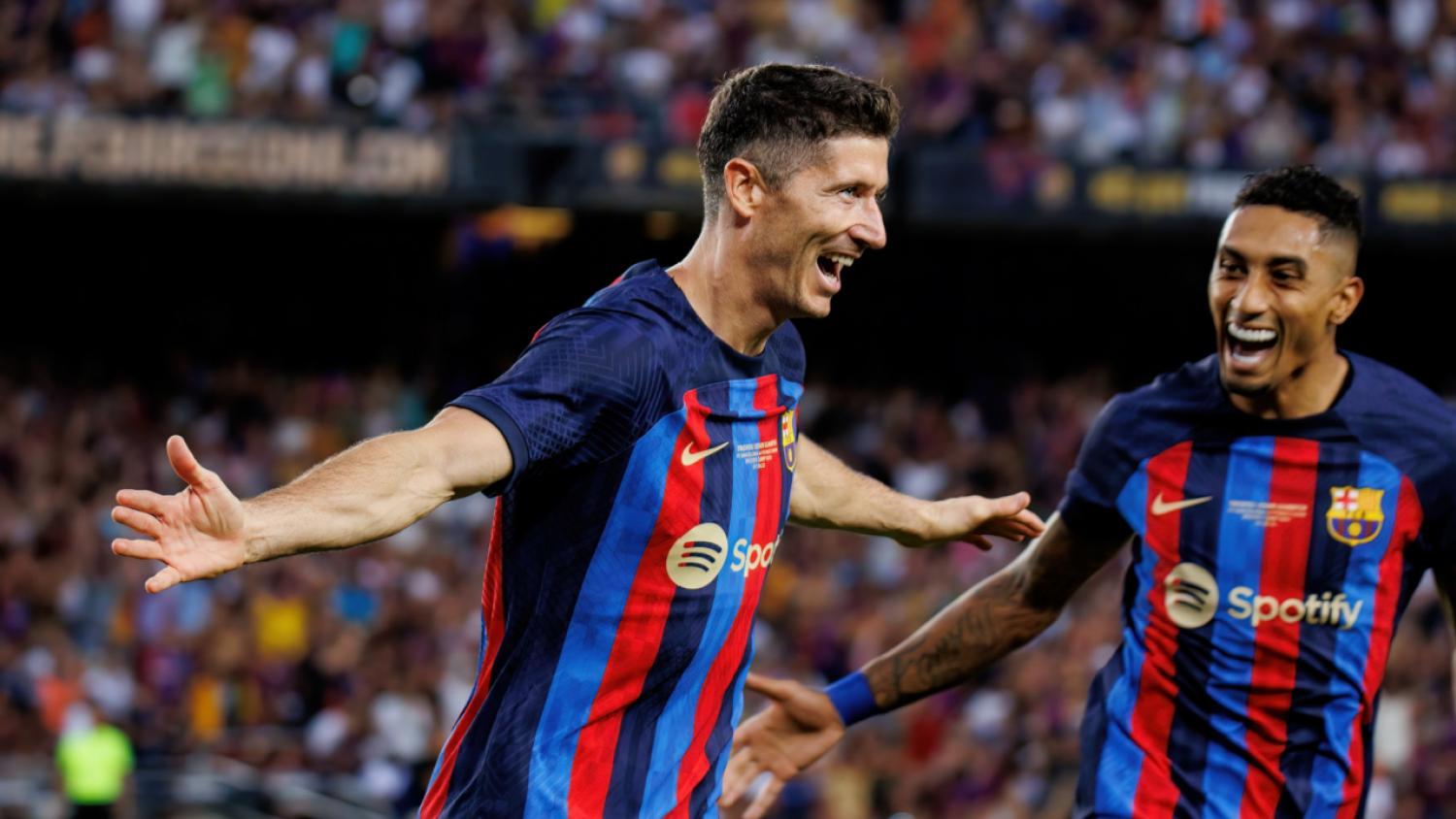 The future is out of Barça's hands, but Xavi wants a statement win at Camp Nou.
Shutterstock

BARCELONA - Barcelona will be eager to show everyone that they are better than rivals Bayern Munich when the two teams face off in the Champions League on Wednesday, manager Xavi Hernández said.

Barcelona were beaten 2-0 by Bayern in last month's Group C fixture, a result that Xavi said was not a true reflection of the team's talent. But having won only one of their four matches in Europe this season, Xavi wants his team to show their true worth at Camp Nou on Wednesday.

"We have to show ourselves that even if we are knocked out (of the Champions League) we are a good team and we can compete against the best teams out there," Xavi told a news conference on Tuesday. "That game in Munich was a disgrace because we deserved much more. That was an accident because we lacked the final touch."

Even though Barcelona had more possession than Bayern and outshot them 18-13, the German side scored twice in four minutes against the run of play to secure the win.

Barça's indifferent form in the competition has left them in danger of being eliminated early in the competition as they are third in the standings with four points, eight points behind leaders Bayern and three behind second-placed Inter Milan with two group matches remaining.

Inter host bottom-placed Viktoria Plzeň, who have yet to score a point, in the other group fixture on Wednesday. If the Italians win, they would qualify for the last 16 and knock out Barça thanks to a better head-to-head record. Bayern have already secured their place in the next round.

"Regardless of what happens in Milan, we have to win. We have to play as if only our game matters, to show that we are better than Bayern," said Xavi. "I don't like to talk about miracles... we have a small hope. Though we are in a very uncomfortable situation. The numbers are all against us. But ... unexpected things can happen."

Barcelona, who also exited the tournament following the group stage last season, suffered another setback when they were handed a 3-1 defeat by Real Madrid in this month's El Clásico.

Xavi said that he and his players will watch the Inter game together in the changing room, but refused to send a message to the Viktoria Plzeň players ahead of the match.

"I already have too much in hand to start playing the coach of other teams," Xavi laughed. "We have not been at the level that we wanted in some games. I have the feeling that we (at times we) had it in our hands and now it is not up to us. So we are facing this situation only because of our own mistakes."

How to watch Barcelona vs Bayern in the US