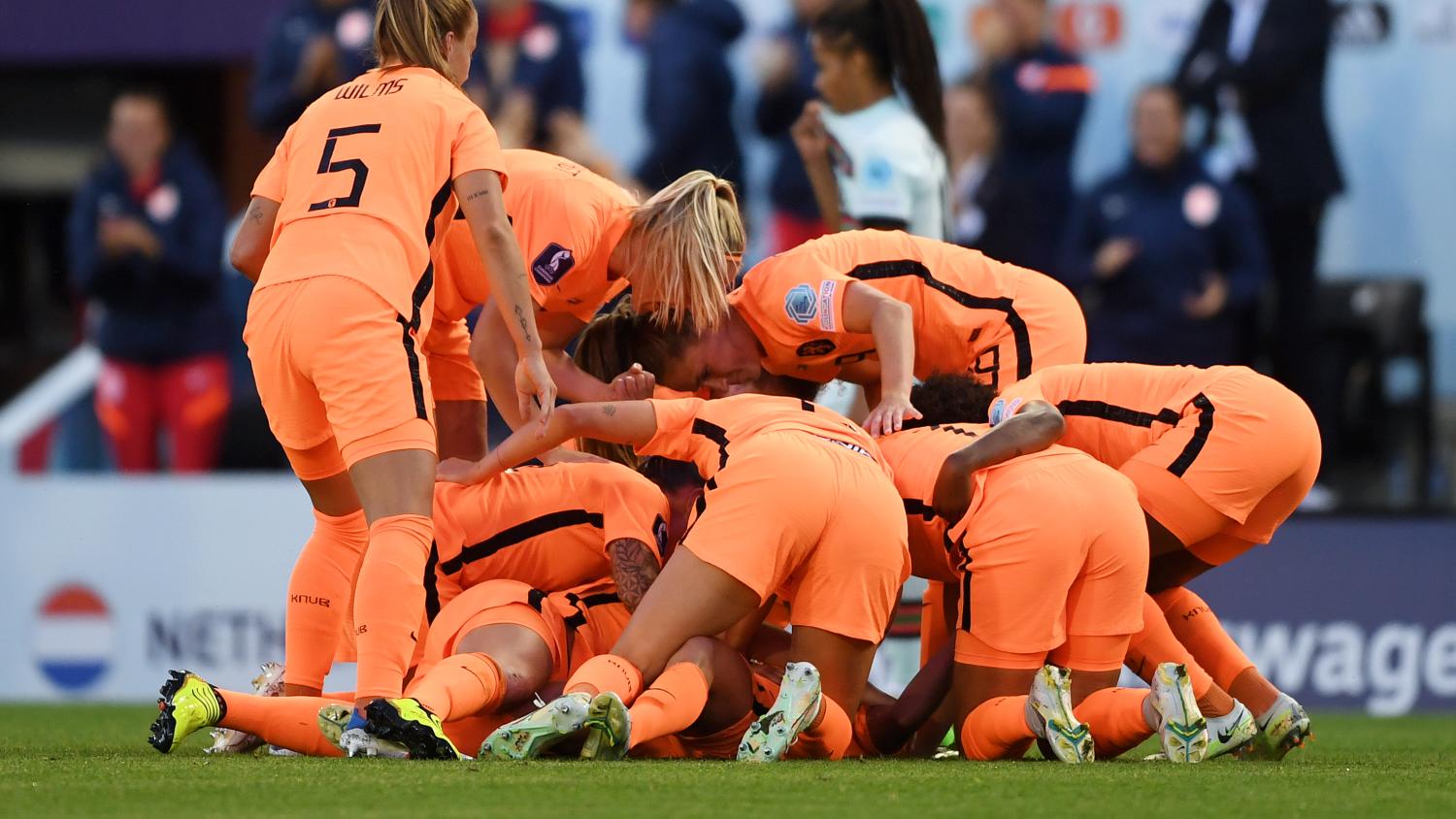 A five-goal thriller ended in favor of the Dutch.
Getty Images

Defending European champion the Netherlands avoided a disastrous draw with Portugal on Wednesday after throwing away a two-goal lead thanks to an exceptional 20-yard strike from Daniëlle van de Donk that proved the match-winner, 3-2.

After Sweden beat Switzerland 2-1 earlier in the day to climb top of Group C thanks to 19-year-old Hanna Bennison's belter, the Dutch knew they needed a win to keep pace and avoid second place in the group, which almost certainly amounts to a quarterfinal matchup with France.

The Netherlands got off to a flying start in the seventh minute at Leigh Sports Village when defensive midfielder Damaris Egurrola got on the end of Sherida Spitse's corner kick.

Less than 10 minutes later, Portugal again struggled mightily trying to defend a corner. The ball ended up at the back post where center back Stefanie van der Gragt applied the final touch despite getting kicked in the face.

Portugal had stormed back from two down to earn a 2-2 draw with Switzerland in its opening match, but surely the world's 30th-ranked side couldn't do the same against the Oranje, right?

Carole Costa pulled one back from the spot before halftime, and then Diana Silva got the equalizer in the 47th minute.

The Dutch needed a hero (especially with the Covid-enforced absence of Vivianne Miedema), and the 30-year-old Van de Donk delivered like she so often has over the course of a 12-year international career. This one was still rising as it flew into the top corner.