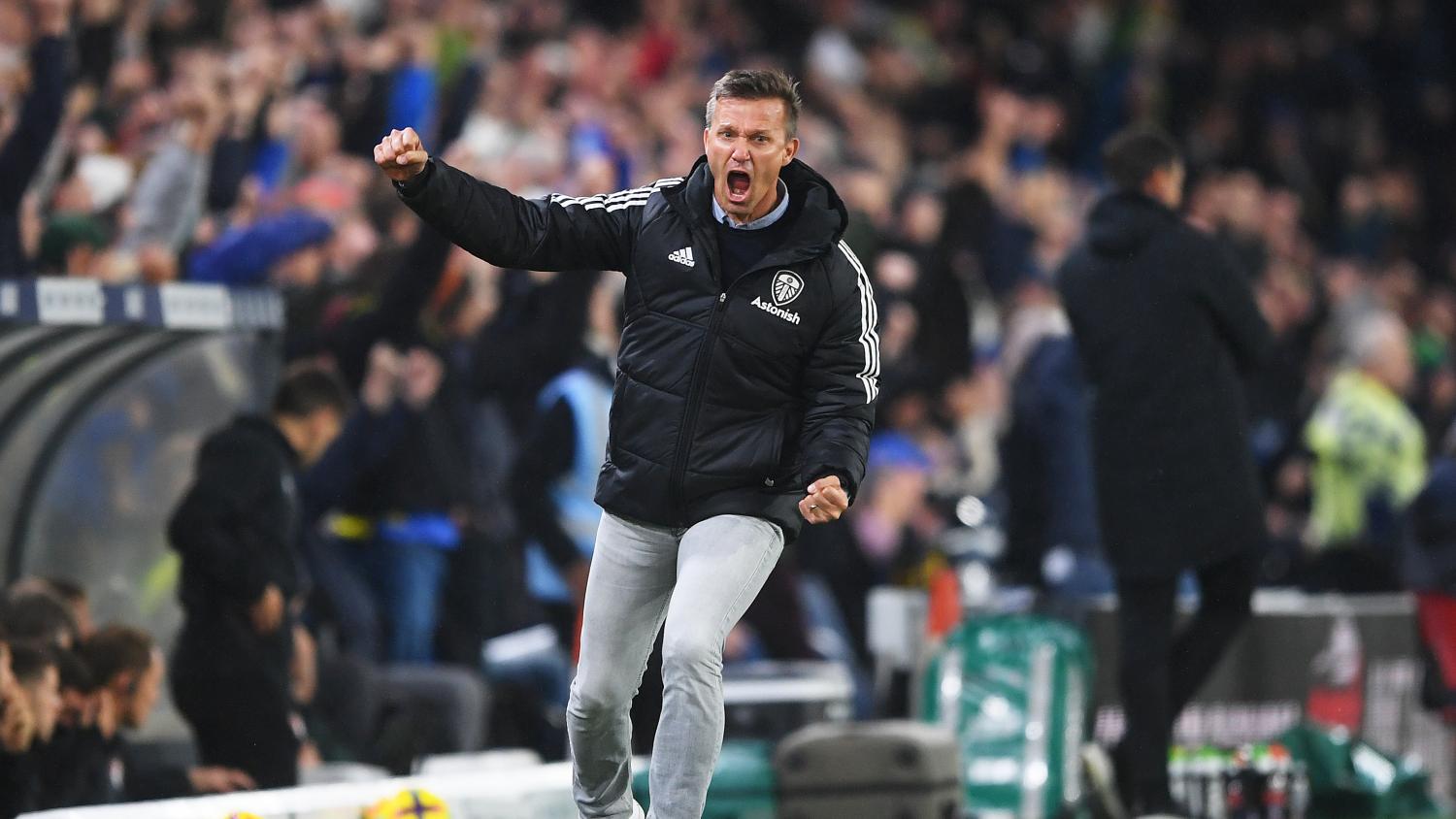 Crysensio Summerville is the hero again as Leeds comeback from 3-1 down to win 4-3.
Harriet Lander | Getty Images

Saturday’s stunning early action between Leeds and Bournemouth at Elland Road saw the home crowd’s halftime boos turn to bliss in the second half as Jesse Marsch’s side snatched a 4-3 win from the jaws of defeat.

It was déjà vu for Leeds fans as Crysensio Summerville played the hero, scoring another late goal to give his side a memorable win. A brilliant run from summer signing Wilfried Gnonto created holes in the Bournemouth defense, large enough to fit a boat through. A run between the gap by Summerville allowed the young Italian to play a perfectly weighted ball into his stride before Summerville emphatically hammered his shot into the back of the net.

As late as the 60th minute, Bournemouth led the match 3-1 after a brilliant opening hour from the Cherries. Then all hell broke loose.

Sam Greenwood scored from distance to half the deficit, and eight minutes later, center-back Liam Cooper drew Leeds level to at least share the points. Both sides pushed for a winner in a thrilling end-to-end finish, but it was Marsch’s side that found it through Summerville in the 84th minute.

THIS MATCH!!! Sam Greenwood with the perfect R1+ O to cut into Bournemouth's lead!

WE ARE LEVEL AGAIN!

Leeds have come back from 3-1 down with two goals in eight minutes.
: @peacock #MyPLMorning | #LEEBOU pic.twitter.com/OKMbWT1PR2

As the fireworks erupted from Elland Road, Leeds jumped to 12th in the table with 15 points from 13 games. Two wins on the bounce will no doubt help keep Marsch’s job safe, and anyone who watches his side play will agree that his work as a motivator and tactician has been superb. Leeds has played well for the majority of the season but has ultimately come up short on too many occasions. Last week’s win seems to have served as a catalyst for success, as the fight and effort displayed while 3-1 down to Bournemouth was superb.

Are there things that need to be addressed? Absolutely. Defensively, Leeds has struggled and besides today, goals have been hard to come by in attack.

Tyler Adams is currently 2nd in the Premier League in tackles.

This guy isn’t just “surviving” in the EPL, he’s dominating.

Brenden Aaronson led both teams in successful passes (93%) during Leed's epic comeback win over Bournemouth. He also had:

Individually, Americans Tyler Adams and Brenden Aaronson have both been massively successful, attracting attention across Europe with the former completing the second most tackles in the league and the latter completing the seventh most dribbles in the league. Gnonto has also emerged as a star in the making, as he played a key role in last week’s late goal to beat Liverpool, as well as assisting the winner against Bournemouth.

Before the midseason break for the World Cup, one final test in the league awaits Leeds, as they take on Spurs on Saturday, Nov. 12 at 9:00 a.m. in London at the Tottenham Hotspur Stadium. Leeds has looked solid against the traditional “big 6” clubs so far this season, with wins against Chelsea and Liverpool, but Antonio Conte’s side has looked impressive and difficult to get three points against.