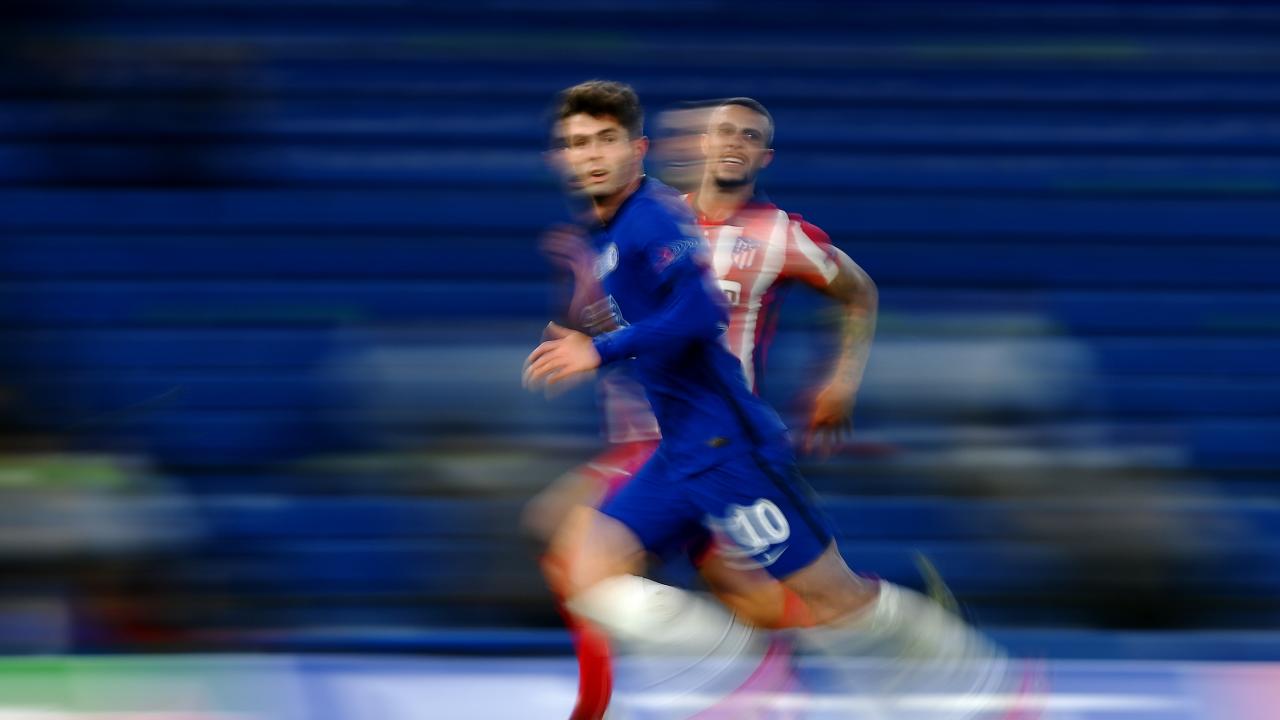 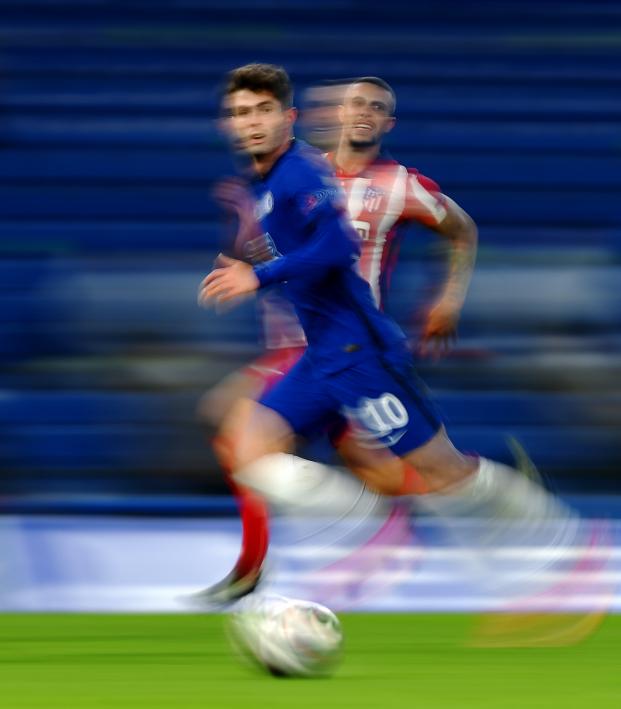 Travis Yoesting March 17, 2021
Christian Pulisic dribbled nearly the entire length of the pitch to set up the final goal for Chelsea.

Last year, Atlético Madrid came to England and stunned reigning champion Liverpool. On Wednesday, the same team came to England and limped out of the competition, with American Christian Pulisic setting up the dagger in a 2-0 victory at Stamford Bridge. Thomas Tuchel’s side thoroughly stifled Diego Simeone’s men for a 3-0 aggregate victory in the Champions League Round of 16, and Pulisic provided the assist on the final nail in Atleti’s coffin.

It was the second time Chelsea has knocked Atlético out of the Champions League this month after Emma Hayes’ side recorded a 3-1 aggregate victory in the same round of the women’s competition.

Earlier on Wednesday, Pulisic was called into Gregg Berhalter’s USMNT side for two friendlies later this month, setting up what could be the 22-year-old’s first national-team appearances since 2019. He celebrated that call-up by providing his first goal contribution for Chelsea in six weeks.

Pulisic came on as a 77th-minute sub and helped the Blues see out the win. While not providing the type of performance that would demand Tuchel to give the out-of-favor American more playing time, it certainly gave his new German boss something to think about with a late assist.

In the 94th minute with Chelsea leading 2-0 on aggregate, Pulisic led the charge on a fast break. He picked up the ball about 30 yards from his own goal and sprinted nearly the entire length of the field. After finally getting Atleti’s lone defender back to commit to him, Pulisic laid the ball off for Emerson to slam home.

That’s a coast-to-coast dime in American lingo. Pulisic’s last goal contribution was an assist against Burnley on Jan. 31. He hasn’t scored since December and has struggled to be anything more than a late substitute since Tuchel took over for Frank Lampard on Jan. 26.

Emerson, who had literally just come on, provided the perfect finish to the game for Chelsea, prompting his fellow Brazilian Thiago Silva to celebrate wildly in the stands. As Americans, we’re appalled Emerson didn’t stop and point to Pulisic in appreciation of his epic assist, probably definitely the best assist in the history of the Champions League.

While Pulisic’s offense finished off the Round of 16 tie, it was the Chelsea defense that won it. The Blues thoroughly stymied Madrid, which failed to register a shot on target in the first leg and had just 16 shots through the two games.

However, Atlético will point to a moment Wednesday that could have dramatically changed the match.

Early in the first half, Luis Suárez tried to play in Yannick Carrasco, but the pass didn’t quite have the requisite weight. However, Chelsea captain César Azpilicueta tugged Carrasco as he entered the box attempting to reach the pass, causing the Atleti winger to plunge to the turf.

While the contact was minimal, I don’t think anyone would have been surprised to see the referee point to the spot. Azpilicueta also potentially could have been sent off as he wasn’t making a play on the ball. But the officials (including the VAR) decided there wasn’t enough in it to call a foul, much to the chagrin of Simeone.

But Atlético never really produced enough offensively to have much sympathy for Simeone’s side.

Chelsea’s first goal on Wednesday came via another scorching counterattack. Kai Havertz, Timo Werner and Hakim Ziyech, all newcomers to the squad this season, combined brilliantly to play through Atleti’s defense. Ziyech supplied the finish but the threading pass from Werner was superb.

While Oblak probably could’ve have done better on the goal, he made up for it when he denied Werner on a breakaway early in the second half after the German was played in brilliantly by Ziyech. About 10 minutes later, he got his giant paws on a curler from Ziyech to keep things at 1-0.

Curiously, Simeone pulled off Suárez, the club’s leading scorer, in the 59th minute with the team needing two goals, replaced by Ángel Correa. Such was the paucity of Atlético’s attack that neither Correa nor Suárez ever really got a good look at goal.

Any hope of an Atlético comeback disappeared when Stefan Savić was shown a straight red card for a light elbow to the chest of Antonio Rüdiger in the 81st minute. While not the worst call you’ll ever see, it only rubs salt in the wounds of Atleti after the referee ignored the more blatant foul in the same box in the first half.

The visitors’ best chance to score came in stoppage time when João Félix blasted an effort straight at Édouard Mendy. The Senegalese keeper parried the shot over the bar and moments later Pulisic’s assist put the game to rest.