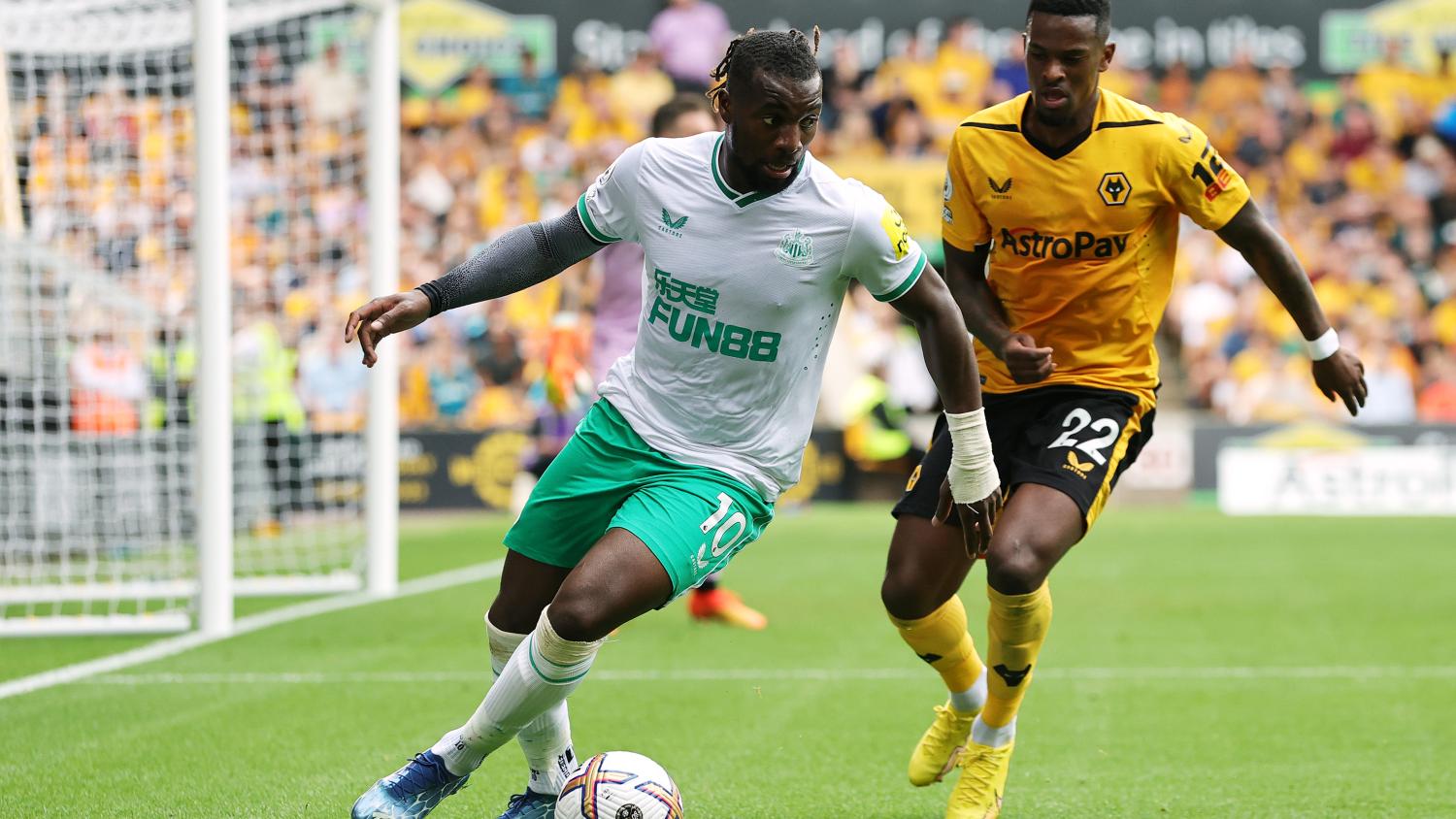 WOLVERHAMPTON, England - Allan Saint-Maximin struck a thunderous volley in the final minute to rescue a point for Newcastle United in a 1-1 draw at Wolverhampton Wanderers in the Premier League on Sunday.

MAGIC FROM SAINT-MAXIMIN TO LEVEL THE MATCH JUST BEFORE STOPPAGE TIME! #NUFC

Rúben Neves broke the deadlock in the 38th minute, rifling a shot from distance through the legs of Joe Willock and into the net to cap off a brilliant move that shifted from one wing to the other.

Newcastle had to do without record signing Alexander Isak, who arrived from Real Sociedad for a reported fee of $69.3 million last week, as his work permit did not come through in time, leaving the 22-year-old Swede to watch the game from the stands.

Newcastle's Fabian Schär had to endure a lengthy VAR review at the start of the second half following a foul on Pedro Neto, but the defender was allowed to stay on the pitch despite a high challenge that left Neto needing treatment. Raúl Jiménez looked to have set the home side up for their first win of the season when he put the ball in the net in the 81st minute, but the effort was ruled out after a VAR review found that Neto had fouled Ryan Fraser in the build-up.

Newcastle dominated possession in the second half but the Wolves defense did a good job of stifling their attacking flair, with winger Saint-Maximin looking a shadow of the player who had been their greatest attacking threat this season. That all changed, however, when he smashed in a volley from the edge of the area, and they almost grabbed all three points from a stoppage-time corner, but substitute Elliot Anderson's header struck the crossbar.

Saint-Maximin's goal secured a draw that maintained Newcastle's unbeaten start to the season and left them in seventh place on six points.

""We work hard in training, I try to put more things in my game and I practice a lot with the trainer to help me hit that volley," Saint-Maximin told Sky Sports. "I am really happy to score that goal because it was important for us to draw or try to win the game ... I have a lot of people around me to kick me and put me out of the game, so I am very happy to score."

Second-bottom of the table with two points, Wolves are still looking for their first win of the season.