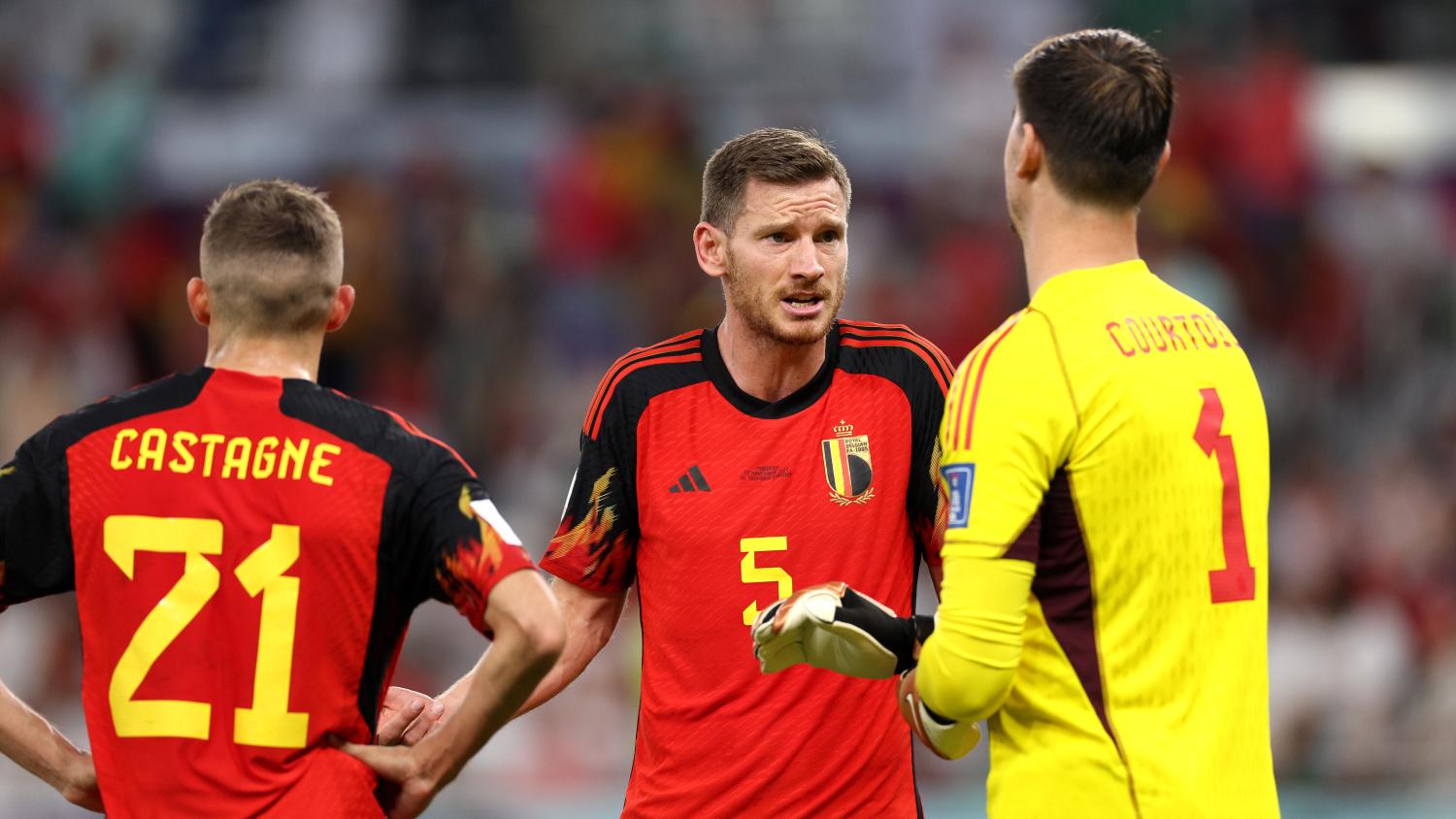 DOHA - Belgium captain Eden Hazard has denied there is a rift in the squad but admits frank words were exchanged between the players following their surprise 2-0 World Cup Group F loss to Morocco on Sunday.

Hazard was speaking to the media along with experienced goalkeeper Thibaut Courtois on Tuesday after they replaced the players originally scheduled to talk, Yannick Carrasco and Arthur Theate.

It was a move by team management to try to quell growing speculation that a number of players have fallen out. Belgium, ranked second in the world, will almost certainly have to beat Croatia on Thursday to advance to the last 16.

Yesterday, Kevin De Bruyne said that Belgium are ‘too old’ to win the World Cup.

This is what Jan Vertonghen had to say after Morocco held them scoreless in a 2-0 win today pic.twitter.com/4CLHh9oql6

"We had a good talk among the players," Hazard said. "A lot has been said. We talked for an hour about good things and less good things. Now we want to win against Croatia. We now have two days to prepare. We have to be ready."

Hazard denied there was a confrontation in the dressing-room after the Morocco loss, and said he had spoken with midfielder Kevin De Bruyne after the latter was quoted as saying the Belgium squad was too old to win the World Cup.

"Nothing happened in the dressing-room," Hazard said. "Only the coach (Roberto Martínez) spoke. I spoke to Kevin De Bruyne, he does believe in the group."

Hazard admitted the players were disappointed with their performances in the opening two matches in Qatar.

"We have to do better, we cannot deliver the performance we want (at the moment). We have to show it on the pitch, that is what counts," he said. "We still have quality in the group and are here to win. We lack confidence because of that last pass and that last dribble. We have to regain that confidence."

Courtois, who will earn his 100th cap against Croatia, insisted the reports of a rift in the camp have in fact galvanized the squad.

"The problem is that too many lies are spread. A situation is described that doesn't exist. As a group, we need to avoid that negativity," he said. "Everything was clarified yesterday. Everyone has openly expressed their opinion. Now we have to take action on the field. It's good that we had a group conversation. We said what we thought to each other. We have to be honest with each other and fight for each other on the pitch."