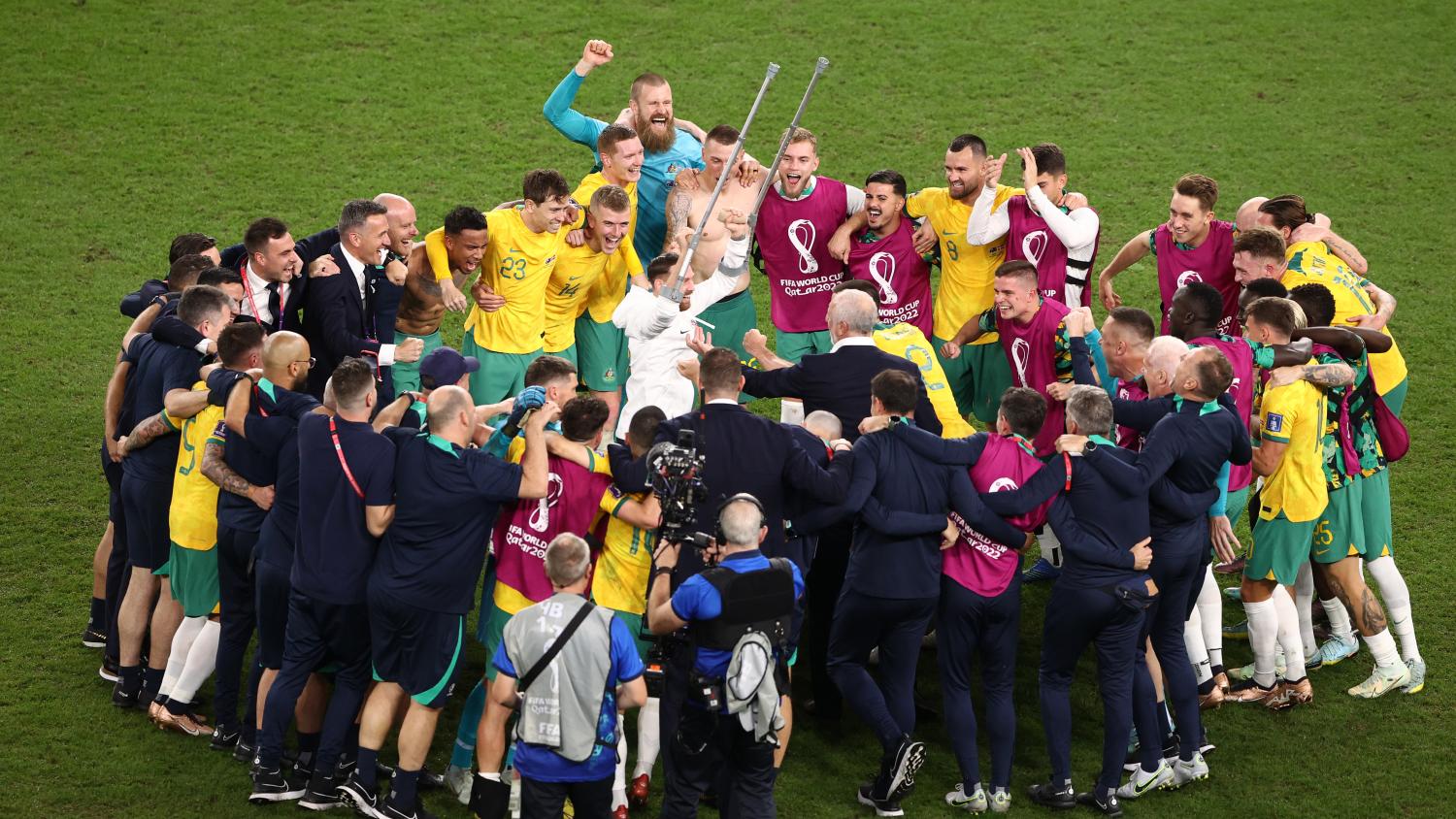 The Aussies eliminated Denmark with a 1-0 win in Al-Wakrah.
Getty Images

Heading into Wednesday's final matchday in World Cup Group D, Australia figured it'd probably only need a remarkable draw against Denmark, the world's 10th-ranked side, to advance to the round of 16 for only the second time in their history and first since 2006.

Kickoff was scheduled for 2 a.m. in Australia, and supporters took up their traditional post in Federation Square (downtown Melbourne) to watch as Australia went about its task admirably to keep things at 0-0 after 45 minutes.

However, 18 minutes into the second half, the unthinkable happened in Group D's other match: Tunisia — playing a France side already assured of top spot and resting its first-team — took the lead on the defending world champions.

Suddenly it was Tunisia going through as runner-up while Australia, despite sitting on four points, was out on goal difference. The Socceroos now needed to win.

The anxiety lasted all of two minutes. In the 60th, Mathew Leckie's sprint from inside his own half ended with a finish between the defender's legs and inside the far post.

Now as it stands Australia is through to the knockout stage! pic.twitter.com/b3dZPDvcX7

First time we’ve ever scored a goal in every group stage match.

Most points we’ve obtained in a group stage.

And to think it’s the team that qualified by the skin of their teeth and a dancing goalkeeper.

This beautiful, batshit game makes no sense and I love it. pic.twitter.com/6n8vRxNx7o

Tunisia maintained its 1-0 advantage over France, and the Eagles of Carthage became Denmark's biggest supporters.

Tunisia players are watching Australia vs Denmark from the bench pic.twitter.com/3ubhm0jGx4

But Australia held on to book a last-16 match against the winner of Group C (Poland, Argentina or Saudi Arabia based on results later today).

It's time to party down Down Under.