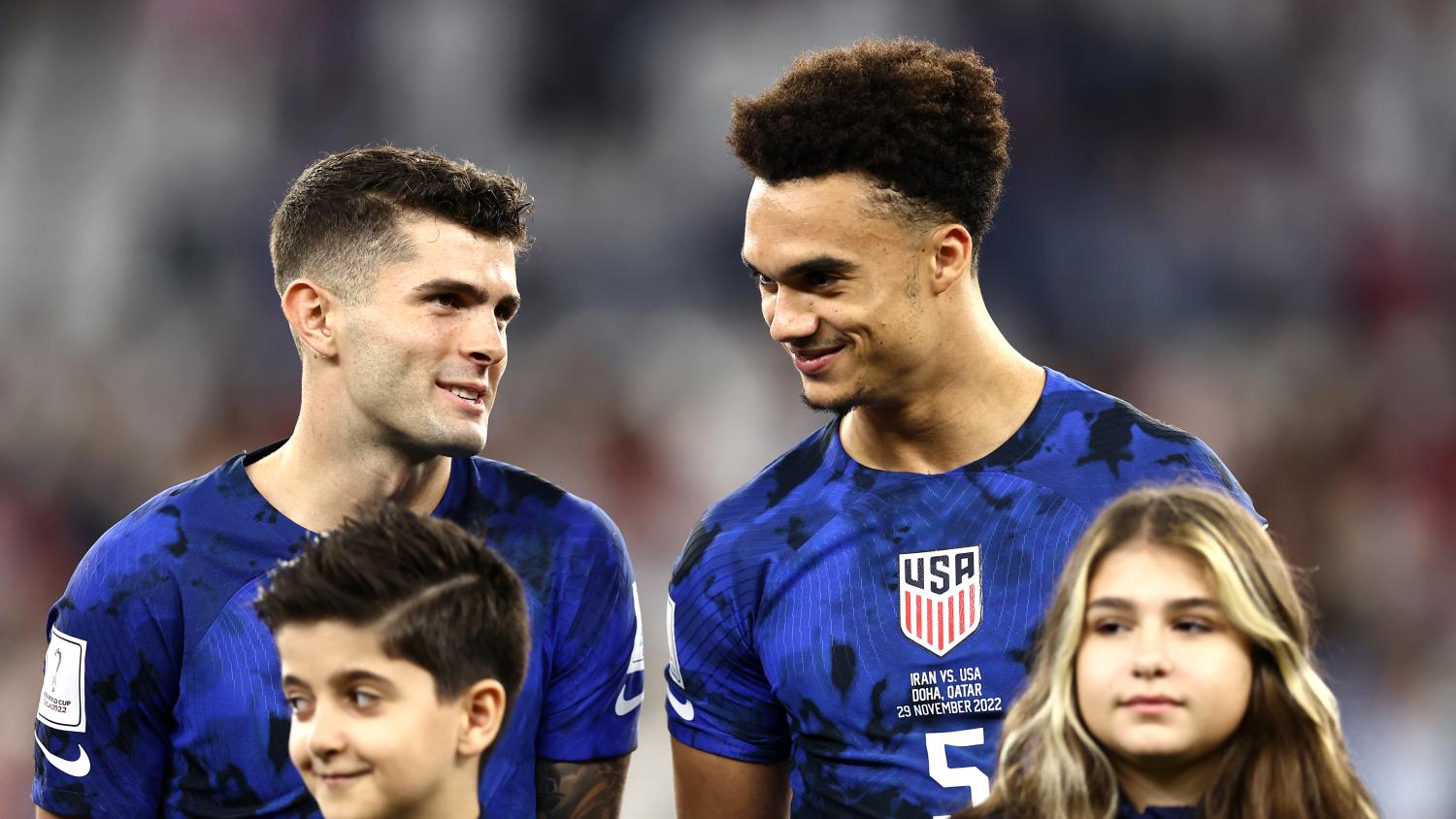 These three players are being linked with new clubs in January.
Getty Images

While the USMNT has been knocked out of the World Cup, they are far from removed from the public’s consciousness. This year’s electrifying roster is taking a short break before club soccer starts up again, but some Americans may not be staying with their current clubs for long.

Transfer rumors are the reward for great performances at the World Cup and players across the pitch may be reaping the rewards come January.

It’s no secret that the Hershey native is not making the best of his time at Chelsea. Since his former manager, Thomas Tuchel, relegated Pulisic to the bench, he has struggled massively to maintain any sort of positive form beyond a game or two. Current coach Graham Potter seemed a bit keener to use the young American early on during his time at the club, but Pulisic has started just two games since Potter took over in early September.

With his youth and immense price tag, a move away from Stamford Bridge makes sense for both parties, and the January transfer window would be a great opportunity to make that happen.

3 - Christian Pulisic (1 goal, 2 assists) is the second #USMNT player in the modern era to contribute to three goals in a single World Cup (Landon Donovan - 3 goals in 2010). Lifeline. pic.twitter.com/p2AT7PcYGA

The 24-year-old was involved in every goal the United States scored at the 2022 World Cup, assisting two and scoring one himself. His impact cannot be overstated both on the pitch and as a leader off it. Many clubs would do well to add Pulisic to their roster mid-campaign.

The interested clubs appear to be Manchester United, Newcastle United and recently even Bayern Munich has been thrown into the mix as a swap deal for Kingsley Coman could be in the cards. The move to the Bavarians may be a great opportunity as Pulisic has experience playing in the Bundesliga with 31 goal contributions in 90 matches for Borussia Dortmund showing he can succeed in Germany.

One of the three teenagers when Gregg Berhalter picked the World Cup roster, Musah has since turned 20, and after a standout tournament, he’s now being linked with lucrative moves away from la Mestalla.

The former Arsenal youth academy prospect has been playing for Valencia in La Liga since 2020, making 71 league appearances primarily from the center of midfield. His role in the USMNT’s impressive 'MMA' midfield trio has earned him some new admirers and according to several sources a move back to England may be in the offing.

Chelsea and Liverpool have made contact with Yunus Musah's representatives to register their interest in a transfer.

Reportedly both Chelsea and Liverpool have expressed interest in signing Musah and could be interested in a transfer before too long. Playtime is crucial for the New York-born midfielder who has every chance of becoming a world-beater, so a massive move this early in his career may not be the best idea unless, of course, he would be a guaranteed starter. As both of those sides have fairly solid midfield cores, it's difficult to see Musah breaking into the starting eleven.

Despite a poor defensive showing against the Netherlands in the Round of 16, Jedi’s impressive performances this season in the Premier League coupled with his play in Qatar have earned him a potential transfer to Newcastle United. The 25-year-old outside-back has been a key factor in Fulham’s success this season, as the club sits in the top half of the table at the time of writing.

The Magpies appear to be looking for a replacement for Dan Burn who currently starts at left-back. Jedi would no doubt be an improvement but his defense against the Dutch showed that he still has some mistakes to clean up.