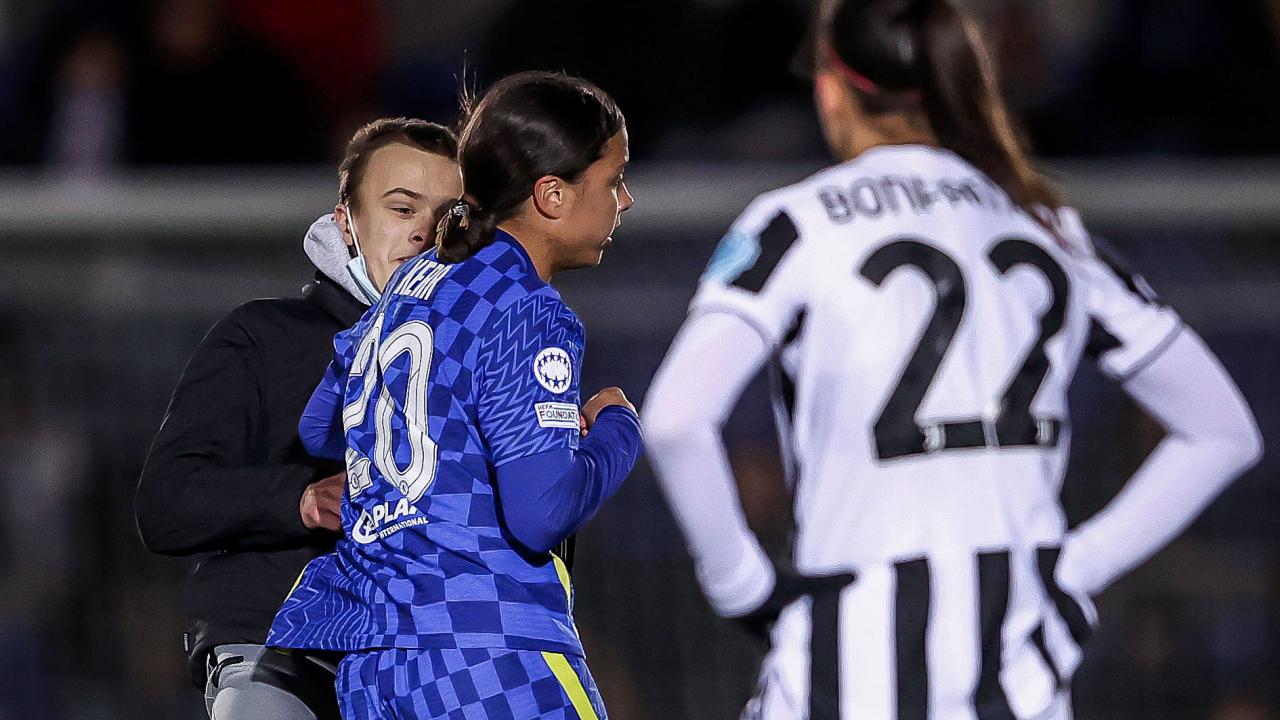 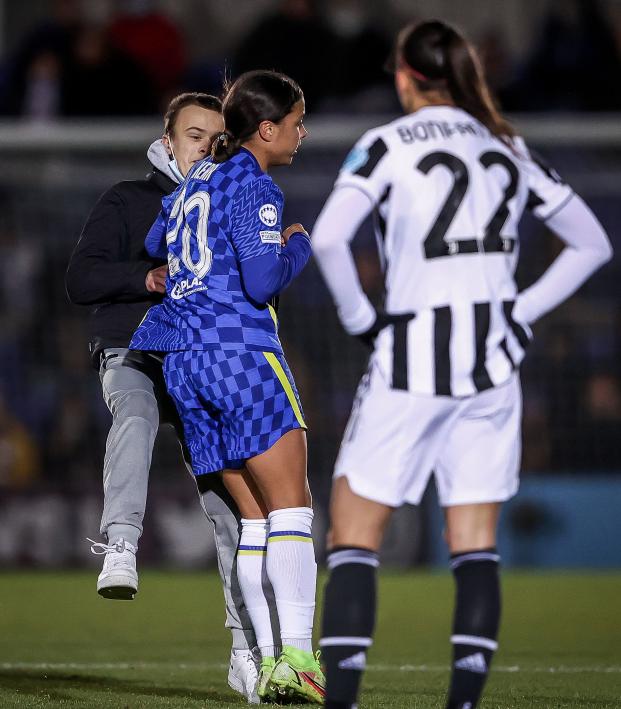 As the Ancient Greeks used to say, “play stupid games, win stupid prizes.” One guy found this lesson out the hard way when he thought it would be great idea to interrupt a UEFA Women’s Champions League game by running onto the field. He would meet the stiffest shoulder from Chelsea’s Sam Kerr. This Sam Kerr pitch invader video will now sit among my favorite videos ever.

Sam Kerr could run through a brick wall I'm not convinced otherwise... pic.twitter.com/J6vQTRXHv6

Kerr received a yellow card for hit-sticking the nincompoop, but I think we can all agree it was well worth it. To be honest, she shouldn’t have received a card at all — she was simply helping the security with their job.

Chelsea and Juventus’ defenses kept out more than the stadium security as the game ended 0-0, keeping the Blues top of Group A.

With a little extra time on my hands, I added some spice to the Sam Kerr pitch invader video with several edits. This might be some Gen-Z humor, but I thought it was funny.

Make sure your volume isn’t all the way up.

Prepare yourself for a thread of several edits of Sam Kerr destroying this pitch invader's bloodline. pic.twitter.com/SZvyHTCmRv

In the span of three days Kerr has claimed an FA Cup title and a man’s dignity. Top-notch stuff from Australia’s best.