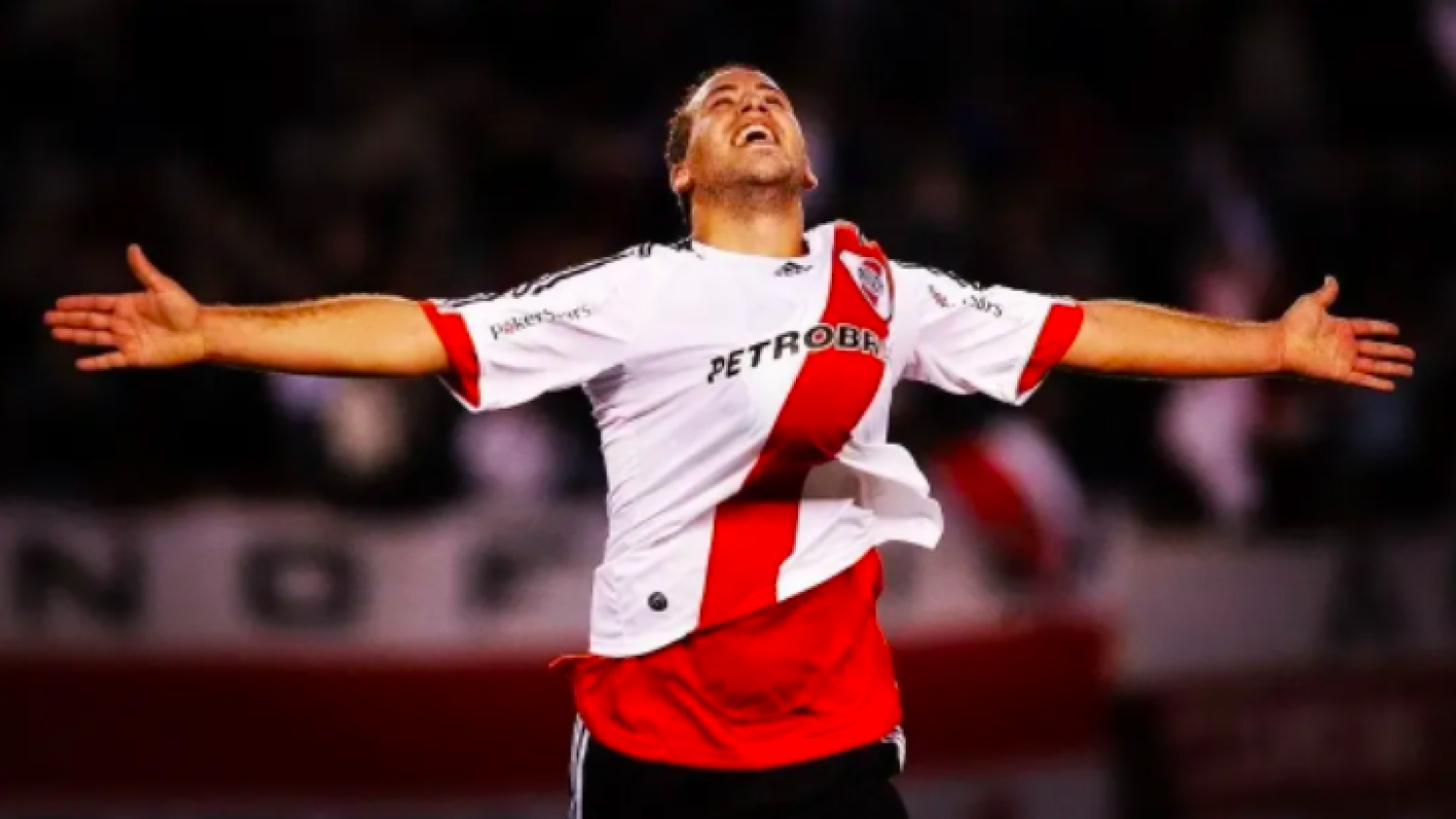 Not many people outside of Argentina know about the phenomenon that was Cristian Fabbiani.

“El Ogro” or “The Ogre” was the definition of fútbol de barrio.

A 200-pound player who at one point weighed 270 pounds left no clear explanation of how a player could be so big but still be so good.

Perhaps the socks gave it away.

Fabbiani played in a variety of clubs in Argentina (Lanús, Newell’s Old Boys, River Plate, All Boys) and in countries around the world (Chile, Israel, Romania, Panama, Bolivia).

Although his position was center forward, Fabbiani never really characterized himself as a goal scorer.

The Argentinian scored 32 goals and provided eight assists in 151 games.

So, what was so special about an attacker who didn’t score?

“The Art of Stepping On The Ball” by Cristian Fabbiani

Not many players come to mind, aside from Juan Román Riquelme, who dominated the ball with the bottom of their boot like Fabbiani did.

To think he had one star skill moves in FIFA 10.

The Ogre was just pure magic (mixed with a bit of comedy), and this play sums up the kind of player he was.

Perhaps the greatest offensive tackle, body feint, play, miss and commentary all in one sequence.

Interestingly enough, this miss was in the Clásico Rosarino between Newell’s and Rosario Central, a game where Fabbiani got tired (figuratively and probably physically) of toying with the Canalias’ defense.

What If Fabbiani Scored vs. Rosario Central?

In a video made by YouTube channel Zekiel79, in an alternate universe where Fabbiani scored that goal against Central, the Argentinian's life would’ve taken a drastic turn.

After scoring the greatest solo goal of all time, The Ogre would have been signed by Barcelona for $25 million and partnered up with Messi, Neymar and Luis Suárez for the blaugranas to perfect the world’s greatest ever attacking trio.

(There’s not many videos on Fabbiani on YouTube, so this is gold.)

The Greatest Assist of All Time vs Tigre

It's not all theories and what ifs, though.

We’ve seen his envious skill on the ball and infamous play that forged his soccer legacy. But let me tell you, his magic didn’t always end with a blooper.

In a game vs. Tigre in 2008, the Newell’s striker gave us the greatest assist in the history of soccer (maybe a joke, maybe not).

Fabbiani controlled the ball with his chest, took the ball on the wing, nutmegged two defenders, left another on the ground, chipped the ball across the keeper's box and bagged an unbelievable assist.

All Fabbiani Goals In Argentina

Like we said, Fabbiani didn’t characterize himself as a prominent goalscorer. Though, whenever he did score, he managed to do it in every single way possible.

El Ogro could do it all!

After peaking and playing for the club of his dreams, River Plate, Fabbiani bounced around teams in South America and in lower Argentinian divisions. The striker retired in 2020 after having played seven games in eight years.

No one tells The Ogre when to retire.

After moving away from playing on the pitch, the iconic player began working off the pitch and as a manager.

El Ogro is currently having his second experience as a professional manager with second-tier CD Riestra and has coached nine games with a record of four wins, four draws and only one loss.

The club is currently tied for playoff qualification with two games in hand after having finished at the bottom of the table last season.

Somebody get the Shrek sequel rolling.