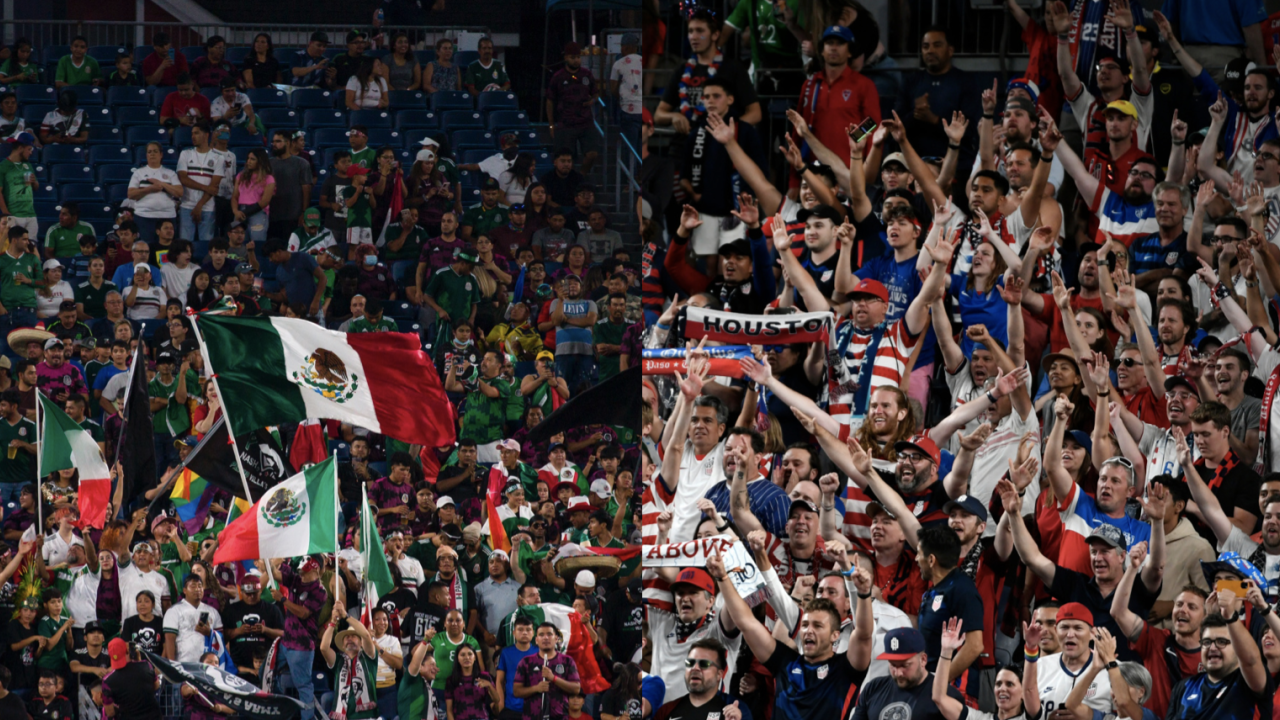 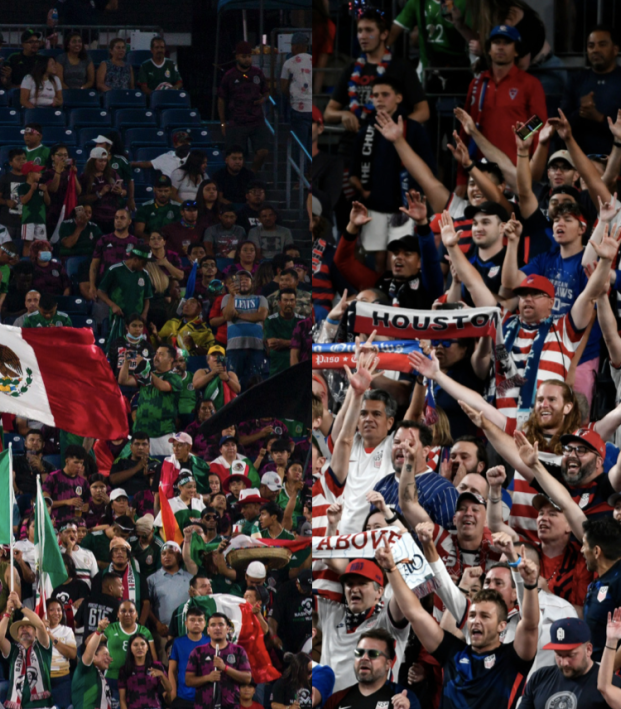 USA-Mexico Is Always Heated, But Here Are The Few Times When Fans Crossed The Line

The soccer rivalry between Mexico and the United States is one of the fiercest and most entertaining in the world. As a USMNT supporter, I consider myself lucky to call Mexico a neighbor. If Mexico didn’t play in Concacaf, the region would be incredibly dull.

All soccer fans in North America look forward to when El Tri and the Stars and Stripes meet, whether it’s a friendly, Gold Cup match or World Cup qualifier. The atmosphere at these games is one of the best in the world, but sometimes supporters get a little out of control.

Here are times when U.S. and Mexico fans took it too far.

The first ever Concacaf Nations League Final between the USMNT and Mexico will be remembered decades from now. The number of bonkers moments from that game on and off the field made it into an iconic game.

We’ll focus on two moments from this game: a fan momentarily invading the Paramount+ set and Giovanni Reyna being hit with projectiles.

It’s unclear whether this was a U.S. or Mexican fan; either way the mad man did something to upset security and decided a 10-foot plunge was a better option than being caught. Keep it civilized folks.

Reyna hit in the head, throwing stuff at the players is BS pic.twitter.com/pIRo7JMrhP

Christian Pulisic scored the game-winning, extra-time goal and proceeded to celebrate with the U.S. team in front of some seriously disgruntled Mexico fans. A fan then threw an object that hit Reyna in the head.

The fan responsible was arrested and banned from the stadium for life. Reyna wasn't the only player hit with items thrown from the stands that night.

The 2021 Gold Cup Final in Las Vegas saw numerous scuffles between fans. Sometimes it was Mexico fans fighting Mexico fans, and other times Americans were involved. Can’t we all get along guys?

Complete chaos inside Allegiant Stadium over the weekend completely ignore by the media! pic.twitter.com/oPEPzfvzKC

Another fight from Mexico vs USA Soccer match at Allegiant Stadium... pic.twitter.com/k5uReSpcWL

I guess this is why you pay extra for luxury VIP seating at Allegiant Stadium? pic.twitter.com/vu4PPBJ9Cx

The Mexican Football Federation has been struggling to get its fans to stop the homophobic “ehhh puto” chant during games. FIFA has begun punishing Mexico with fines and games behind closed doors for the chant. Mexico was given a two-game fan ban in June and a second round of punishments was doled out on Nov. 1.

Mexico has been given another stadium ban, two games this time, for discriminatory chants heard during the #CanMNT and Honduras games. So Costa Rica and Panama will play in an empty stadium when they visit Mexico next year.

Despite pleas from the Mexican Football Federation, it doesn’t appear the chant will stop anytime soon.

Landon Donovan Has Something Thrown At Him At Estadio Azteca

An iconic picture of Landon Donovan is him setting up to take a corner kick with riot police shielding him from oncoming debris during a 2009 World Cup qualifier.

What exactly was thrown at Donovan is up for debate. A Yahoo Sports article from 2009 made the claim human vomit and urine were rained down on the American. No other news outlet reported on such disgusting acts, so we’ll take that claim with a grain of salt. It’s been rumored for as long as I can remember that urine sometimes gets thrown at players in Concacaf.

Topping the list for one of the worst moments between U.S. and Mexico fans is an incident in 2004 when some El Tri fans mocked American players with “Osama” chants in reference to the Sept. 11 terrorist attacks.

Mexico fans were furious with Donovan prior to the 2004 meeting after media reported he had urinated on the field in Guadalajara during a practice two days before the game. In reality, he did his business in some bushes outside the stadium.