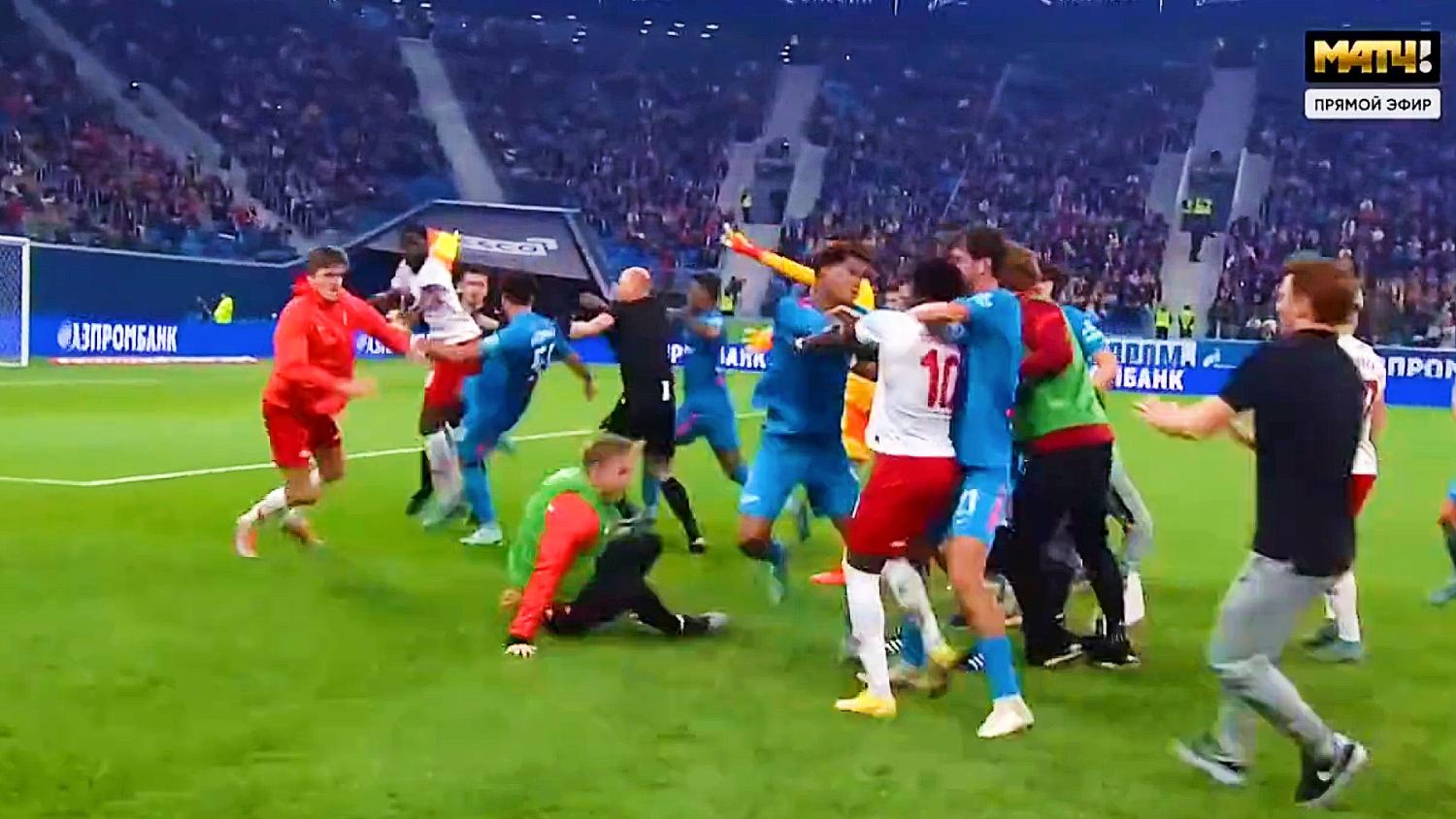 A good old dose of chaos outside the World Cup.
Twitter

Banned from the World Cup after delirious, megalomaniac tyrant Vladimir Putin decided to invade Ukraine, Russian soccer has carried on with their local competitions. And the planet got a reminder today after a game between Zenit and Spartak Moscow turned into a massive brawl.

It was so bad that six players were sent off.

The chaos started seconds after the final whistle when Colombian Wilmar Barrios and Dutch Quincy Promes pushed each other. The ref tried to separate them but failed to manage the situation when Brazilian Zenit defender (No. 55) Rodrigão entered the scene, throwing punches and flying kicks.

Players on the field, as well as those on the benches, sprung into action. And soon, everything was pandemonium.

If you care, the game in the Russian Cup ended in a 0-0 draw in regular time. Zenit then claimed glory after a 4-2 penalty shootout.