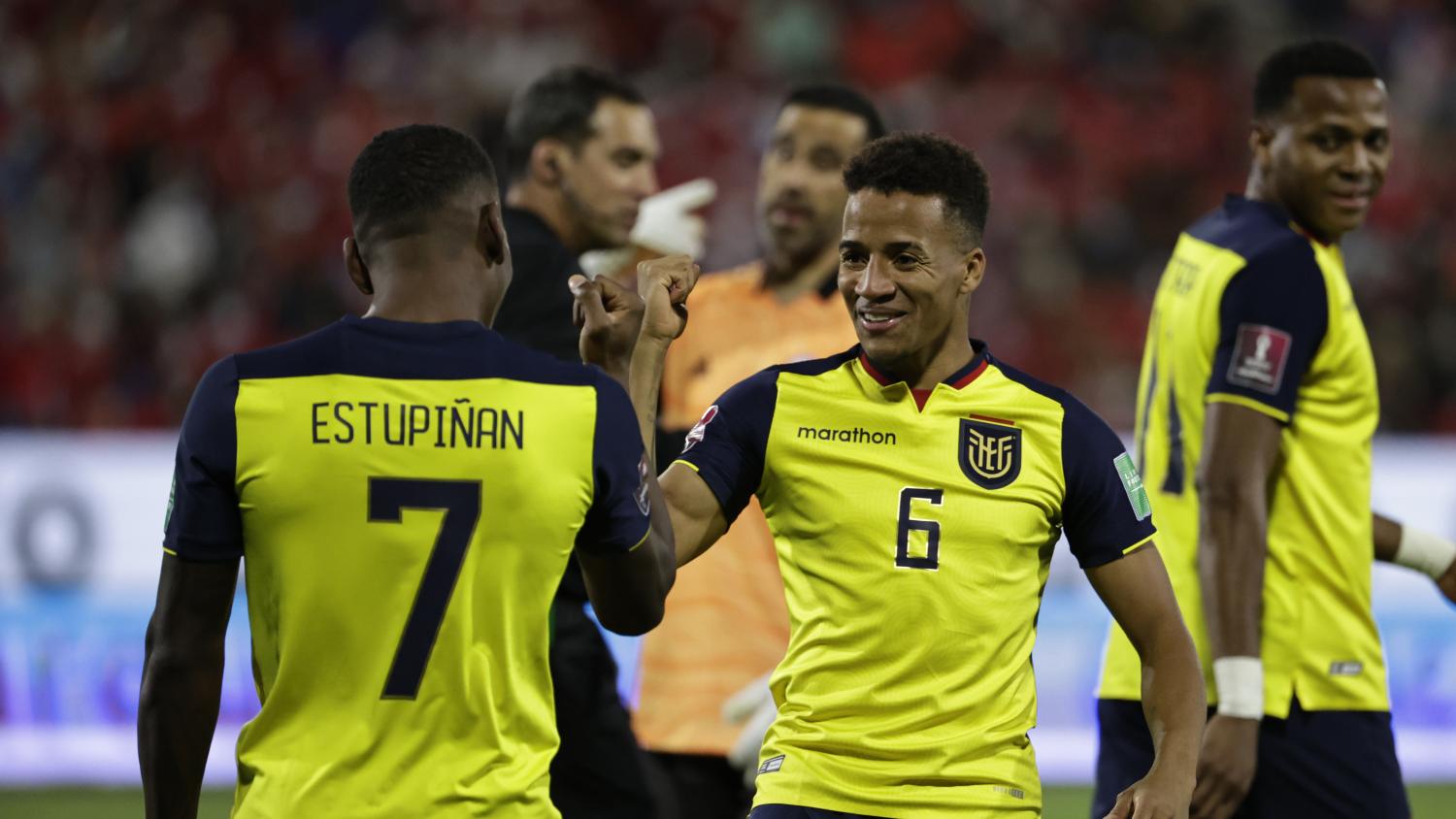 The case of Byron Castillo is closed. For now.
Getty Images

Ecuador fans can breathe again after the national team's spot in the 2022 World Cup has been confirmed.

On Friday, FIFA Disciplinary Committee rejected a formal complaint from the Chilean soccer federation accusing Ecuador of fielding an ineligible player during the CONMEBOL qualifiers.

"After analyzing the submissions of all parties concerned and considering all elements brought before it, the FIFA Disciplinary Committee has decided to close the proceedings initiated against the FEF," says the brief report.

Francisco Egas, president of the Ecuadorian federation, shared more documents from the resolution rejecting the legal efforts from Chile.

"Today, sports justice has been done. We always knew we were on the right side," he wrote on Twitter.

The case was open at the beginning of May when Chile cast some doubts over the nationality of defender Byron Castillo, alleging he is not Ecuadorian but Colombian. La Roja was asking to deduct all the points Ecuador won when Castillo was fielded and add them to its opponents, in a move that would have seen Chile jumping from 7th to 4th place in the CONMEBOL standings and securing a spot in Qatar 2022.

Chilean officials gathered what looked to be robust evidence to support the claim – mostly inconsistent documentation about Castillo's birthplace – but despite the effort, FIFA ended up rebuffing it.

The resolution doesn't mention if Castillo is going to be sanctioned or not.

What's next? FIFA allows the parties a 10-day window to appeal, and Chile has already announced that it will look for any legal instances to reverse the decision. And that also includes going to the Court of Arbitration for Sport (CAS).