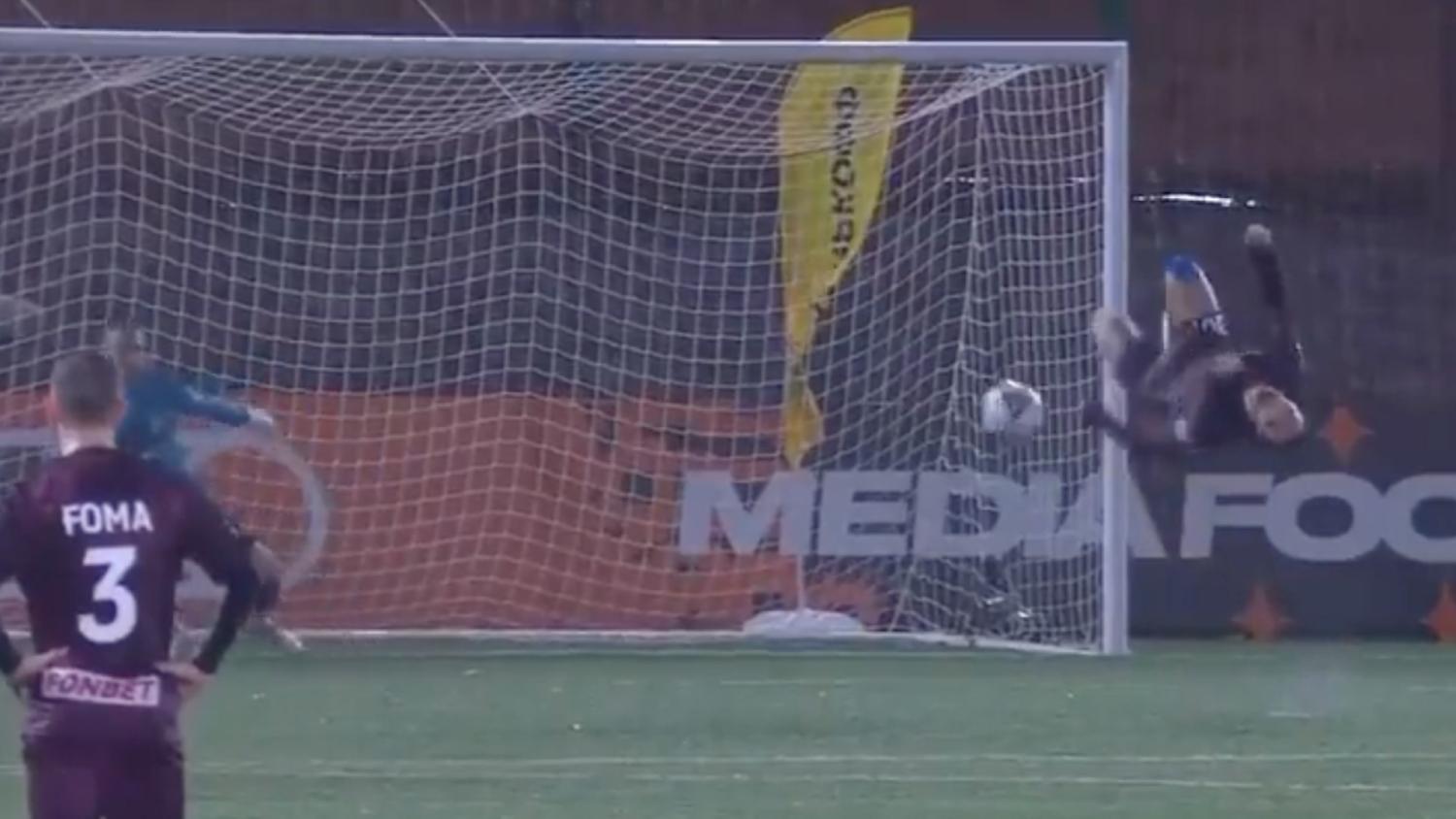 Not a headline that I was planning to write when I woke up.
Twitter

Searching for the highlight of the day, I stumble up with a magnificent backflip penalty scored by Russian-Armenian player Norik Avdalyan, where the acrobatics involved in the maneuver are just stunning.

However, I soon discovered the story had more meat than I thought.

First, we have to talk about the goal.

WOW. Norik Avdalyan scored a penalty in the Medialeague match against the GOATS team, making a somersault.
Norik already scored like this back in 2018 in one of the amateur leagues. Then his goal became viral, and now the Armenian repeated the famous somersault again. pic.twitter.com/eWH7W9yV4G

Avdalyan's display of skills is really impressive, considering the movement, the power of the shot and the ability to trick the opponent's goalkeeper. However, he wasn't particurarly thrilled about the execution.

"The hardest thing is to hit the ball. In fact, it didn't even work out very well for me," he said. "I was lucky that the goalkeeper had already begun to collapse. I don't think I would have scored if he had stayed where he was."

Avdalyan then reminded people that this is not the first time he scored a penalty the way he just did. And soon enough, there were several videos on social media bringing back a similar goal he converted in 2018, playing for the Rubin Kazan U-21 team.

What about the 007 in the back? Well, that's a sign that the goal wasn't during a professional tournament but in the Media Football League, a Russian competition made of YouTubers, influencers, musicians and a long etcetera.

The last layer in the cake? Avdalyan scored in the 58th minute during the 3-1 victory of his team Rubin over a squad from Moscow called Goats that just this week announced nefarious American rapper 6ix9ine as a goalkeeper.

And just to clarify, 6ix9ine was not the goalie defeated by Avdalyan and his acrobatic penalty.