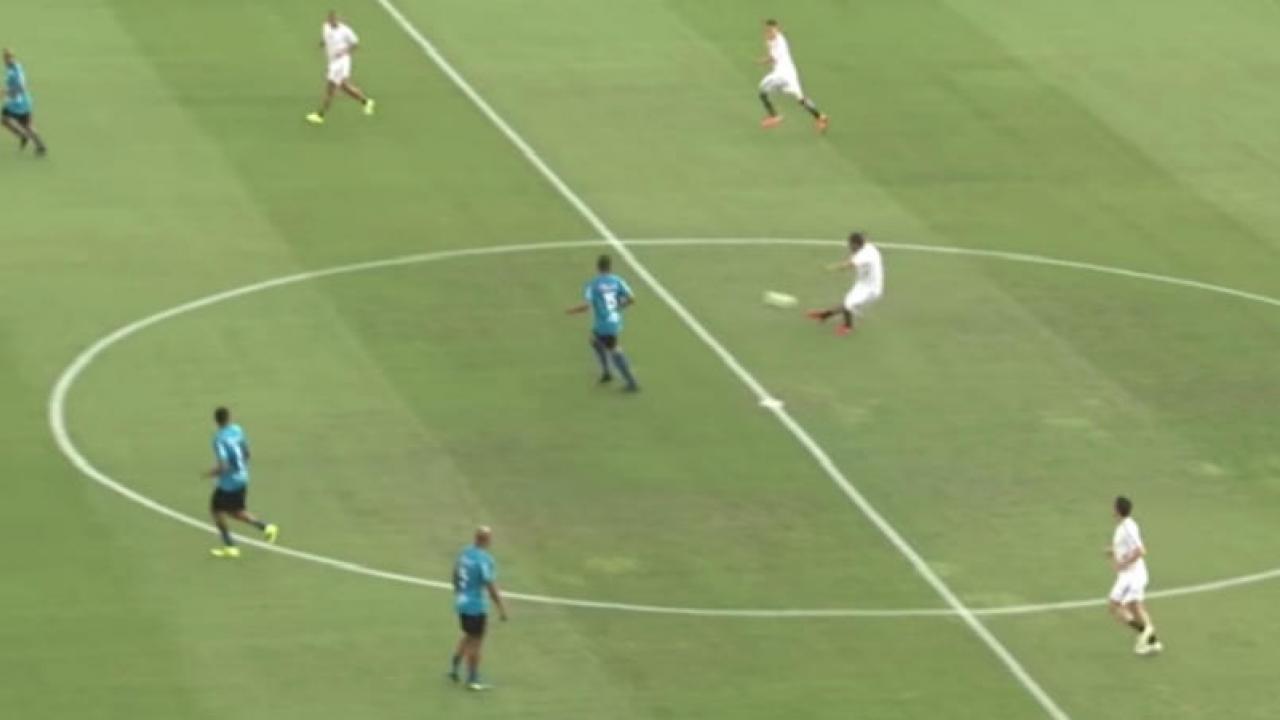 It's nice to know that at any moment Ronaldinho could be out there, somewhere, doing something outrageous in a charity match. It seems like he pops up every few weeks, does stomething outlandish then disappears into the ether, not to be seen or heard of until he pops up at another charity match to embarrass someone.

This time, it was a super long shot, which is not his usual style. Generally 'Dinho goes for silly tricks and nutmegs and the like. And no-look passes. So many no-look passes.

Nice of him to switch it up for us. Ronaldinho is the only person on earth who could make that shot and have the goalkeeper applaud HIM.