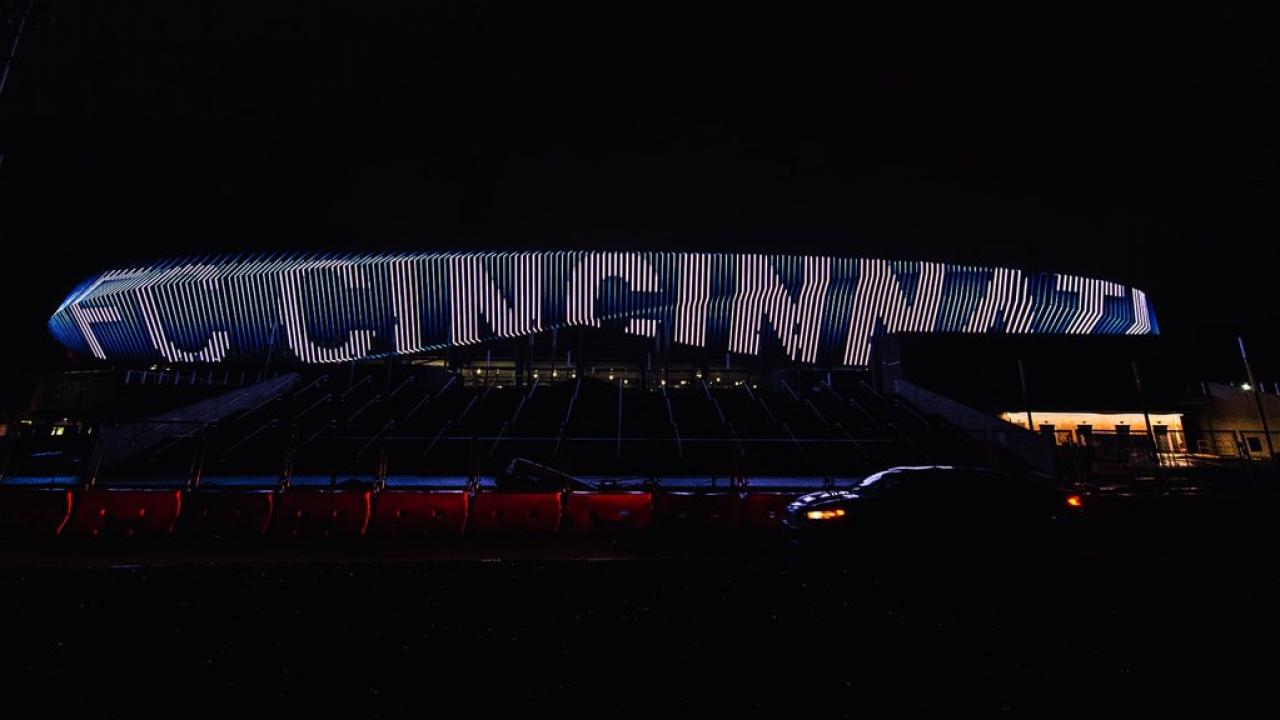 After two years at Nippert Stadium, FC Cincinnati will open its own soccer-specific venue this season. West End Stadium is a sparkling $250 million arena that looks just as good on the outside as it does on the inside.

West End Stadium will officially open for FC Cinci’s home opener on May 16. Until then, the club released a video of the stadium’s façade lighting, a stunning display of LEDs on each fin on the arena’s exterior.

While LED lights are nothing new to soccer stadiums — see Allianz Arena in Munich or Allianz Field in Minnesota — the above video highlights what this technology can do, from simple color patterns to moving images like a player kicking a ball.

We can’t wait to get our Covid-19 vaccines so we can get back into stadiums across the country to watch MLS and NWSL this season. The new FC Cincinnati stadium is definitely on our list of places to go once we return to some sense of normalcy.

FC Cincinnati opens its season on April 17 at Nashville SC. Its home opener sees Inter Miami come to town on May 16 to give West End Stadium a grand opening. We just hope the Orange and Blue can field a team to match the quality of the stadium.