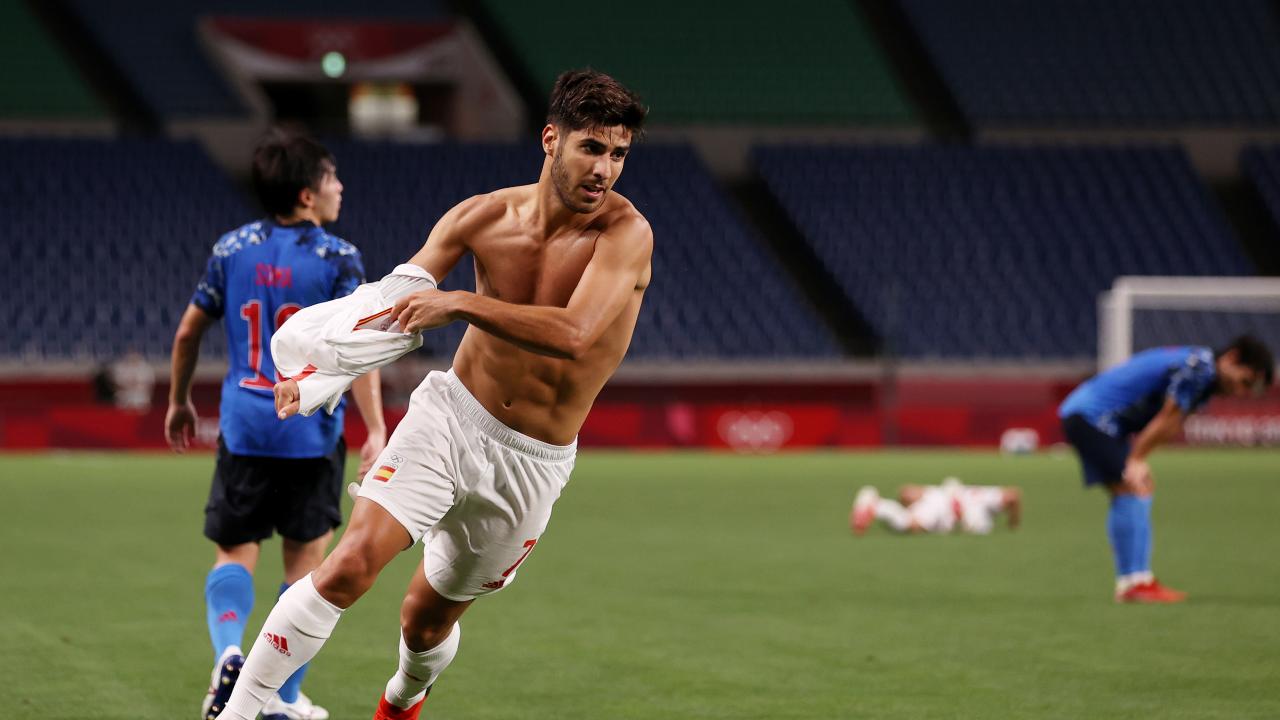 Japan was five minutes and penalty kicks away from reaching the gold medal match against Brazil as the host nation of the 2020 Olympics. Then Marco Asensio did Marco Asensio things.

Asensio, the 25-year-old Real Madrid winger and the oldest player on Spain’s roster, came off the bench to score a beautiful curler in the 115th minute to send Spain past Japan 1-0 in extra time of their Olympic semifinal on Tuesday, setting up a dream final against Brazil on Saturday.

Asensio was an 83rd-minute sub for Barcelona’s rising star Pedri, so the Real Madrid man had some of the fresher legs on the pitch. He took full advantage five minutes before potential penalties with a quick turn-and-fire, bending his left-footed shot around Japan keeper Kosei Tani. It was a trademark Asensio golazo.

Spain was perfectly fine with Asensio’s yellow card for ripping off his shirt as Japan was unable to find an equalizer in the final minutes. On the run of play, it was probably a fair result, with Spain racking up 69 percent possession and outshooting the host 20-11.

Now La Rojita prepare for their biggest challenge yet: reigning Olympic champion Brazil. The Seleção took down Mexico 4-1 in a shootout after a 0-0 draw earlier on Tuesday.

Spain is trying to become the first European nation to win Olympic gold in men’s soccer since Spain did it at the 1992 Olympics in Barcelona.

The men’s soccer final will be at 7:30 a.m. EST Saturday and can be watched live on NBCSN and Telemundo. The bronze medal match between Japan and Mexico will be 7 a.m. EST Friday.