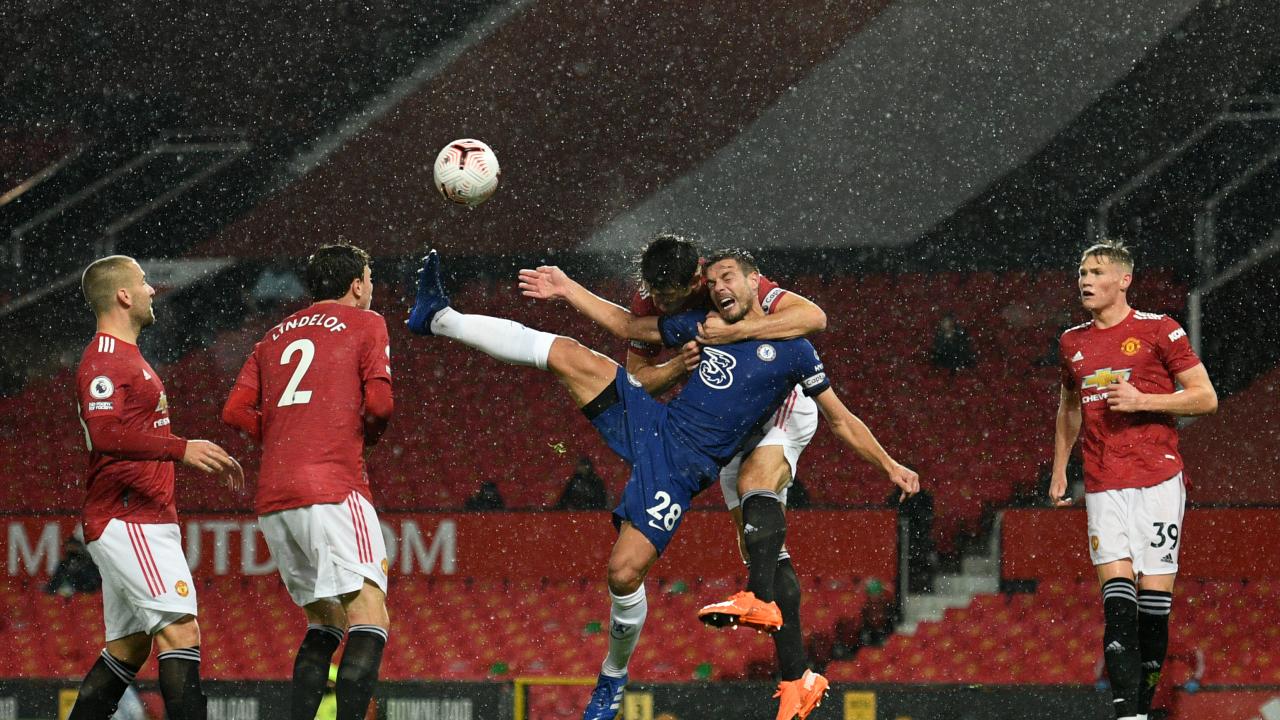 Harry Maguire is one lucky boy. And the VAR has some explaining to do.

Manchester United’s center back made a clear and obvious foul on Chelsea’s César Azpilicueta in the first half of their match on Saturday at Old Trafford. The referee missed it, so the video assistant referee should have chimed in to award a penalty to Chelsea.

Instead, no VAR intervened when the ball was played out of bounds moments later. No penalty was awarded.

Azpilicueta: All of us, trying our best to get back to something vaguely resembling a normal life

What the fuck is the point of VAR when it can’t make one of the easiest calls of all time? How has officiating in England gotten this bad that the center ref, assistant ref and video replay all missed such a blatant foul?

Maguire clearly has his arms all over Azpilicueta, essentially putting him in a choke hold and preventing him from challenging for the cross. I don’t know how anyone could even suggest this wasn’t a clear-cut penalty.

The cynic says, well that’s Manchester United for you. Indeed, the Red Devils are a consistent recipient of more penalties than anyone else, so I suppose it’s not surprising they receive the benefit of the doubt on the other end as well.

Regarding #CFC’s penalty claim for Maguire’s challenge on Azpilicueta in the first half - PGMOL confirm the incident was checked and VAR decided the on-field decision was correct. #surprising #MUNCHE

Once again, this is just pathetic from English referees.