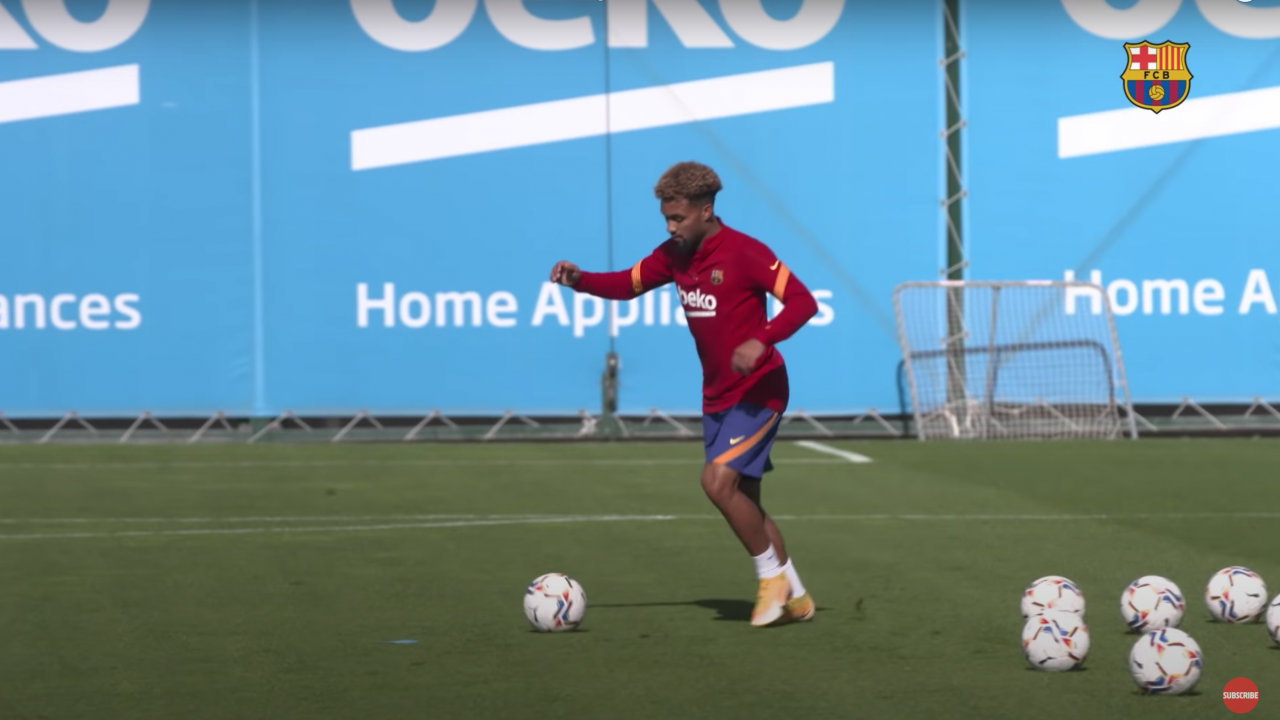 No club’s training videos are watched more than those of Barcelona. Practice highlight videos are for Barća what Among Us streams are for every wannabe Twitch star right now: easy clicks.

Even with all of the club’s top players out on international duty (no Lionel Messi), Barcelona posted another training video to YouTube this week that’s received more than 260,000 views in 24 hours. All to watch what basically amounted to a USMNT practice.

Americans Sergiño Dest and Konrad de la Fuente were the stars of the latest Barça practice highlight reel, facing off against each other in what Barcelona’s social media managers called a “head tennis showdown” but was really just six dudes goofing off around a headis net.

The video also features some “INSANE skills” — translation: the fellas controlled a chip from 15 yards and shot into a tiny net. Mind bottling stuff y’all.

Earlier in the week, Barcelona had a DOUBLE training session. That’s two more videos for the Blaugrana to post to YouTube and rack up another quarter-million views each.

So here are two more Barcelona training videos as we try to piggyback on all those clicks because we’re feeling lazy today and slightly distracted by the Astros-Rays game. But hey, Dest! Konrad! America!