Does Man United Really Get More Penalties Than Everyone Else? Well, Yes, Actually 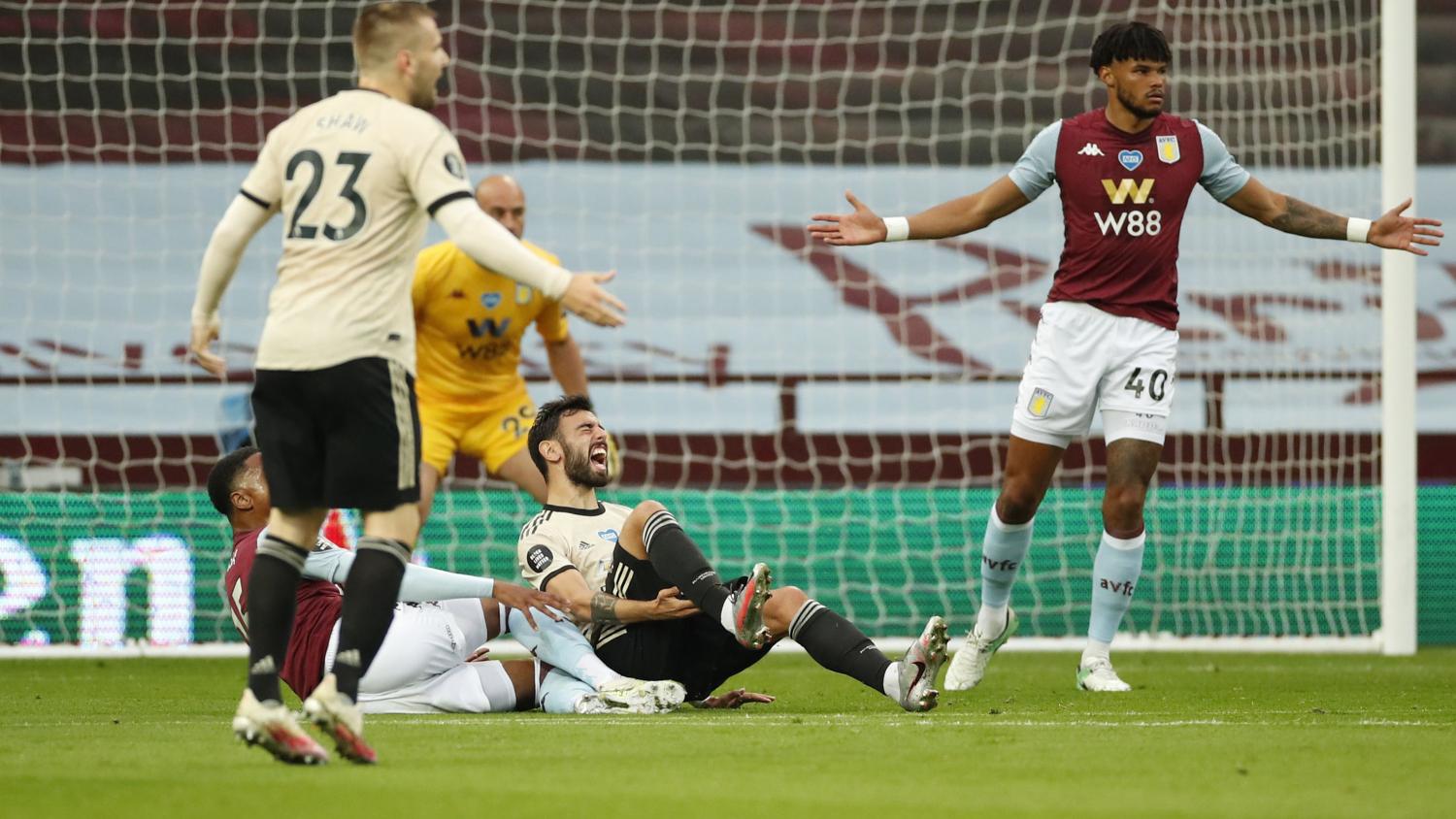 Let’s look at the numbers for Pen United.
Getty Images

Manchester United became the first Premier League club to win four straight games by three or more goals on Thursday when the Red Devils beat Aston Villa 3-0. The first goal of the game was netted on a penalty kick from Bruno Fernandes, the club’s 13th spot kick of the season. It often seems like there are more Manchester United penalties than any other team, but is that just bias against the most successful club in Premier League history, or do the numbers back it up?

As it turns out, it’s more than a hunch. The Red Devils have been the beneficiaries of a record number of penalties this season.

It’s not uncommon for fans to gripe about penalties. It’s a game-changing event and when one is called against a team, fans often feel aggrieved, whining about why a similar foul wasn’t called at the other end. While VAR has helped (the Premier League finally added VAR before the start of the 2019-20 campaign), there still remains an element of doubt around many penalty calls, especially in the highly scrutinized Premier League.

Usually, it’s the smaller clubs complaining that the bigger clubs get all the calls. There’s an element of truth to this: The better the team, the more time spent in the opposing team’s 18-yard box and the more opportunity for a foul to be called.

But the numbers don’t always match up like you might expect. This year, the best team by far has been Liverpool, but the Reds have been awarded just five penalties, just one above the league average and a fraction of what Manchester United has received.

The point is, possession and goals scored aren’t necessarily a good indicator of penalties awarded. Which brings us to Manchester United penalties.

With Fernandes’ goal against Aston Villa on Thursday, Manchester United tied the Premier League record for most penalties awarded to one club in a single season — with four matches still to play. It was the team’s 13th spot kick, with nine of them having been put away. (Manchester City is in second with 10.)

The fact the Premier League penalties record was equaled this season shouldn’t be too much of a surprise. The introduction of VAR to football has seen an increase in penalties awarded, both as referees realize their calls are more scrutinized and video replay can see more than ever. The 2018 World Cup, the first with VAR, had 29 penalties awarded, shattering the previous record of 18.

In all, 13 of the 79 penalties awarded this season have gone to United. Never before has a club received as high as 16.5 percent of penalties, which does feel startlingly high.

16.5% - Manchester United have been awarded 13 of the 79 penalties taken in this season's Premier League (16.5%) - the highest proportion of any side in a season in the competition's history. Gain. pic.twitter.com/uvuGzKjgoD

This if course has led to many fans to feel United been unfairly benefited from officiating decisions. Indeed, the club led the league in penalties awarded last season as well with 12.

For a bit of comparison, many people have accused referees of helping Real Madrid this season in LaLiga, but Los Blancos have only been awarded nine penalties, ranking fourth in the division. Barcelona ranks 11th with six. Last season the big two tied for second with nine penalties awarded apiece.

One thing LaLiga does better than the Premier League is spread out penalties. In Spain, only one club received three or fewer penalties over the last two seasons (Alavés last campaign with three). In the Premier League, five clubs last season and 13 this season (albeit with four games to play) received three or fewer penalty calls, including five receiving just one. This highlights the disparity with Manchester United penalties.

So is there a conspiracy by refs to help United?

Most definitely not. Probably.

As much as people want to gripe about the Red Devils being awarded so many penalties, the numbers don’t exactly add up. While United has been aided significantly by penalties in the last two seasons, it’s a mere blip statistically. In fact, 16 percent of United’s penalties in the Premier League era (since 1992-93) have come in the last two campaigns (seven percent of the seasons). In 2017-18, the Red Devils were given a mere three penalties, right in the middle of the pack, despite finishing second in the league.

That’s not to say this season is not statistically significant. United is in the midst of a record-breaking season, as the club is likely to receive at least one more spot kick to claim the record on its own, passing Leicester City of 2015-16 and Crystal Palace of 2004-05.

And fans are still going to hate Manchester United, regardless of how many penalties the team receives, just because the club has won 13 Premier League titles, more than twice as many as any other club.