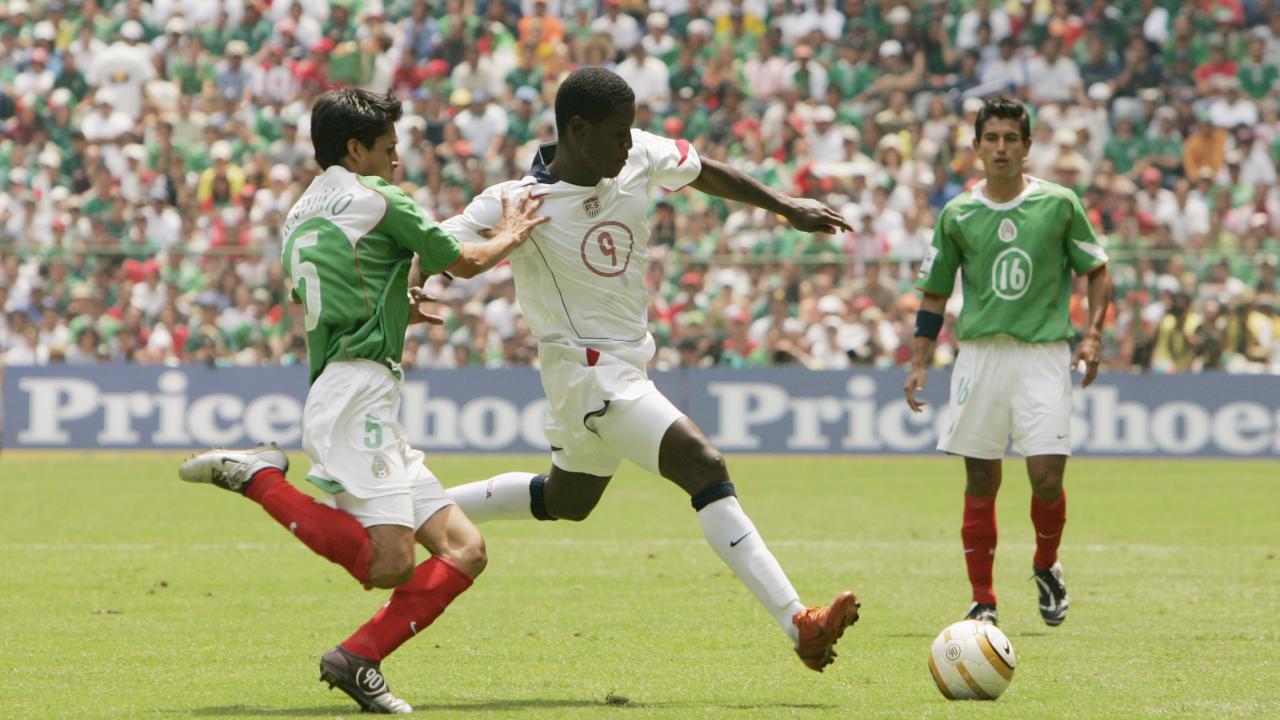 Eddie Johnson Was King, And U.S. Soccer Finally Recognizes That In This Video

There will come a day when the USMNT boasts a world-class striker. I might not be around to see it, but that day is coming.

The burden of expectation currently falls on 20-year-old Josh Sargent, much like it weighed on Jozy Altidore before him. But before all that there was Eddie Johnson, the Grown Ass Man who exploded onto the international scene in 2004, at the age of 20, while enjoying a breakthrough MLS campaign that yielded 12 goals in 26 appearances for FC Dallas.

It was because of his excellent domestic form that Johnson was first called up for a pair of 2006 World Cup qualifiers against El Salvador and Panama back in ’04.

It’d been something of a rocky start for the U.S. in the Third Round of qualifying as the nation needed late goals from Brian Ching and Cobi Jones to salvage away draws against Jamaica and Panama, respectively. But the States ended up topping Group 1 after Johnson’s introduction, beginning with his cameo against El Salvador.

Brought on in the 70th minute with the U.S. nursing a 1-0 lead, Johnson scored his first international goal only five minutes later.

Four days after that, Johnson hopped off the bench in the 65th minute against Panama and needed only four minutes to find the back of the net — by the 86th minute, the Bunnell, Florida, native had a hat trick.

His run would continue in his third international appearance, this time against Jamaica in qualifying. Handed his first start, it took Johnson all of 15 minutes to bring his international tally to five. Next up was Trinidad and Tobago, and Johnson grabbed his sixth goal in four caps.

Over a month later, he’d score his seventh goal of the qualifying cycle against Guatemala. Before anyone could figure out what the hell was happening, Eddie Johnson was third all-time in scoring for the U.S. in World Cup qualifying. He couldn’t stop putting the ball in the net, he couldn’t stop performing cartwheels and backflips and no one could understand how the future of U.S. Soccer had arrived in the present day.

That ridiculous form would ultimately result in nine goals in his first 12 international appearances, but things would slow down considerably from there. It took him until his 26th appearance to reach 10 goals, and goal number 15 didn’t arrive until his 52nd cap.

Still, for a six-month period between 2004 and 2005, Eddie Johnson was king (and he briefly returned to his throne years later while sporting a blonde Demolition Man cut).

Poetically enough, his final goal (No. 19) helped the USMNT to a dos a cero victory over Mexico and qualification to the 2014 World Cup.